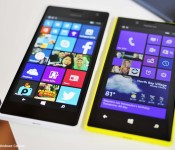 Yesterday we reported that the Lumia Denim update was due by the end of the month for those in India. So far, only the Lumia 520 has received the update in that country, with a broad swath of Lumia phones still waiting for the OS upgrade.

Today, Microsoft has gone and refreshed their update page with new additions to the Lumia Denim software release. Seeing as we are not in India at this time, we cannot confirm if the update is rolling out, but if not, it should be coming very soon. 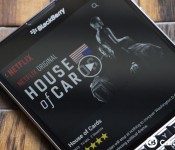 Netflix’s House of Cards is a hit and if you’ve ever watched it, then you know their use of technology in the show is rather broad and it’s certainly not abnormal in the run of an episode to see and hear several smartphones. As the show is about politicians, known to use BlackBerry regularly, it’s not uncommon to hear several classic BlackBerry ringtones going off and as Business Insider highlights, lead character Frank Underwood’s ringtone is a hit among iPhone users. 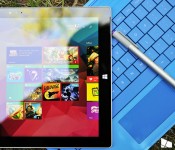 If you have an older Surface and you’re looking to upgrade to a shiny new Surface Pro 3, Microsoft‘s latest deal may be of interest to you. The company is currently running a trade-in program through which you could score up to $650 when trading your old surface for a new Surface Pro 3. 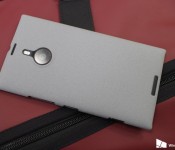 From its immaculate screen to its horsepower under the hood, the Lumia 1520 is an impressive smartphone. But let’s face it, its size and slick polycarbonate chassis make it a little hard to handle sometimes. And being that it is also pricey, the last thing you want to do is drop it.

So as soon as I bought mine, I also picked up some snap-on cases to give my Lumia 1520 some added grip. One of the cases I got was the Nillkin Ultra Slim Case, which I really like. The other is EnGive’s Quicksand Hard Matte Skin
Case. 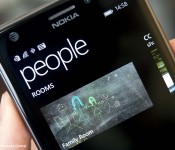 Microsoft has announced today that it will be dropping support for the Rooms feature on Windows Phones in March. In an email sent out to users, the company notes that you’ll still be able to interact with your room photo albums, calendars, and notes, but you won’t be able to create new rooms, make membership or permission changes, or send new messages after the March deadline. 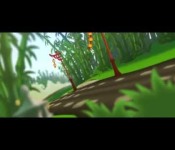 The game has a variety of environments to play through, where you’ll collect coins, fight enemies in quick-time combat, and more. You can transform into different animals to enhance your different abilities, allowing you to run faster or fly. There are two abilities that will be available for a limited time that let you transform into a sheep or a lion, if that’s your sort of thing.

You can get Monkey King Escape from the App Store right now. The game is free to download, though it does offer in-app purchases. 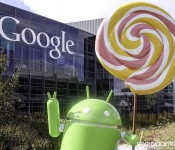 Here’s what we know about Android 5.1 right now

You can’t go far in our forums today without seeing something about the launch of Android One in the Phillipines.

Only, the exciting part according to most folks has little to do with the two different phones being launched. Instead, it has been pointed out that these phones have Android 5.1 in the version number field of their settings panel. There are a few obvious questions that follow something like this. 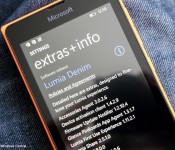 Microsoft is pushing out another update today for its Extras + Info system app. Version 3.14.6.2 is now live in the Store, although there is no changelog besides the usual ‘general fixes and improvements’ listing.

In case you were wondering if this fixes the Lumia Cyan/Denim listing depending if you are enrolled in the Preview for Developers program, to our knowledge it does not.

Not that there was any doubt, really, but HTC UK on Twitter has confirmed that we’ll see “the new HTC One” on March 1.

That phone, of course, should be the HTC One M9. We’ve seen leaks and rumors in drips and drabs over the past few weeks, some suspect, some not quite as much. (But all very much unofficial.) 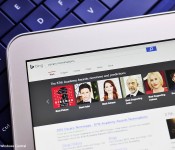 Bing serves up predictions for this year’s Oscars

Hot on the heels of its Super Bowl and Grammy predictions, the Bing team has announced today that you can now check out its predictions for this year’s Oscars, which are just one week away.