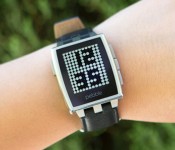 Over 1 million units of the Pebble smartwatch sold so far; New wearables on their way

The Pebble was one of the first smartwatches to go mainstream and take the world by surprise. The company has now announced that it has sold over 1 million units of its smartwatch as of 31st December 2014.

The news was shared by Pebble CEO Eric Migicovsky. This is a massive accomplishment for something that started off as a crowd funded project on Kickstarter.

On the eve of this announcement, the company also mentioned that there will be new smartwatches coming soon, further adding to the excitement of the fans and owners.

The company said that there will be new software for the smartwatches, which will be unlike anything we’ve seen on Pebble before. Given that the Pebble currently faces competition from Google’s Android Wear platform, it behooves the company to try something new.

Perhaps Pebble will finally make the shift from e-ink displays to proper LCD panels so as to remain competitive in the business. With Apple expected to launch its smartwatch sometime this Spring, Pebble will have some serious contenders to deal with.

There is no word on what this new software and hardware combination will bring to the table. The company expects to divulge more details sometime later this year.

Come comment on this article: Over 1 million units of the Pebble smartwatch sold so far; New wearables on their way 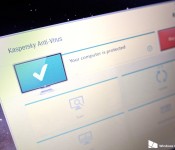 Thinking about getting a Note 4 or Galaxy Alpha? Don’t mind the idea of signing up for AT&T service to get it? If your answer is yes on both accounts, you’ll be happy to know that AT&T is currently offering an $100 bill credit when you purchase either device through their AT&T Next program.

That means you won’t be signing a traditional contract, though you will need to commit to payments over the next 12, 18 or 24 months. What if you want the credit and then hope to cancel and bring over the device to another GSM-based carrier? Technically you can do that, though it is important to note that you’ll need to stay with AT&T for at least 3 bill cycles before the credit is received, after that you’d simply need to pay the remaining balance (minus the $100 credit) and you could move elsewhere.

For those that are at all tempted by this offer, the downside is that you need to act soon, as the promotion ends today! You’ll also need to complete the offer online, as the promotion doesn’t apply to brick and mortar locations.

What do you think, is this deal worth jumping on? Fore more details on what to expect from be sure to check out our reviews for the Galaxy Alpha and Note 4.

Samsung is expected to announce its next-gen flagship Android experience on March 1, according to Unpacked invitations being sent out over the last few hours. Touting only “What’s Next” we get teasing glimpse of what figures to be an Edge variant of the presumed Samsung Galaxy S6.

With less than a month to go before we see the new hotness from Samsung, we figure there will be plenty of leaks continuing to spill online. To keep up with everything there is to know about the phone, be sure to check out our ongoing and updated What We Know post.

Most people use some form of ad blocker to remove ads from a site that impede the user experience, but no doubt allow ads here on Android guys thanks to the tasteful layout and efficient use of ads.

The most popular is AdBlock Plus, which has some 300 million downloads so perhaps it’s of no surprise to learn that in fact Google are paying the company behind AdBlock Plus to to allow their ads through the blocking software.

Ads are fundamental to fund sites like the one you’re ready here, although some sites take it a lot further than the odd ad in the sidebar instead opting for pop-up, fly in, and other intrusive ads, so it’s no wonder people block ads.

But with Google being allowed a bypass, is the user being mislead by AdBlocks software? Should a company be allowed to pay for special treatment?

The post Google pays AdBlock to unblock their ads appeared first on AndroidGuys. 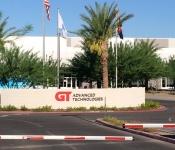 Apple plans to take over the Mesa, Arizona factory where GT Advanced was formerly producing sapphire boules, transforming the facility into a massive $2 billion data center, reports CNBC. The data center will reportedly act as a “command center” for Apple’s global data network.

According to Arizona Governor Doug Ducey, the center will house 150 full-time Apple employees and its construction at the 1.3 million square foot facility will create 300 to 500 additional jobs.

In a statement, Apple called the investment one of the largest it had ever made and pledged that the facility would run on 100 percent renewable energy like the company’s other data centers.

“This multibillion-dollar project is one of the largest investments we’ve ever made, and when completed it will add over 600 engineering and construction jobs to the more than one million jobs Apple has already created in the U.S. Like all Apple data centers, it will be powered by 100 percent renewable energy, much of which will come from a new local solar farm,” Apple said in a statement on the project.

After GT Advanced filed for bankruptcy and abandoned the Mesa, Arizona plant, there were questions about what Apple would do with the facility. GT Advanced’s closure caused a massive loss of jobs in the area, but Apple pledged to find a way to repurpose the location.

Qualcomm Snapdragon 810 in 60+ device design pipelines this year, with LG, OPPO, Sony, Motorola and others on-board

Much of what has been written over the last few weeks in regards to the Qualcomm Snapdragon 810 processor was negative. Not in the grand scheme of things, but due to information that Samsung wouldn’t be using the chip because it over heats. Just last week Qualcomm said it would be not working with one […]

The post Qualcomm Snapdragon 810 in 60+ device design pipelines this year, with LG, OPPO, Sony, Motorola and others on-board appeared first on AndroidSPIN.

However if you pay more than the current average price of $5.40, you can also get games like Adventure Time: Jumping Finn Turbo, CN Superstar Soccer, Regular Show: The Great Prank War and Ski Safari: Adventure Time.

If you pay more than $8 though, you can get all the aforementioned games plus Adventure Time: Time Tangle, Monsters ate my Birthday Cake and The Powerpuff Girls: Defenders of Townsville.

Paying users will be able to download more games over time as Humble Mobile adds them periodically. The sale supports and offers donations to Khan Academy and Child’s Play Charity. Users can divide their spendings on the developers and charity as per their liking. Hit the link below for more details.

Come comment on this article: Humble Cartoon Network Mobile Bundle goes official with a variety of games to pick from 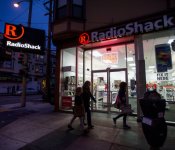 The end is reportedly near for RadioShack

Reports of RadioShack’s demise are nothing new, but now it seems like the electronics retailer may be done for good. Bloomberg reports that company is in talks with Sprint to hand over around half of its remaining stores to the wireless company. The rest of RadioShack’s locations will close, and those that are included in the deal will be painted yellow and black. This means the shops where most of us purchased parts for a project will cease to exist. Nothing’s final, and until the ink is dry, another suitor could swipe up the company and allow it to keep on chuggin’ along. RadioShack is facing bankruptcy after years of declining sales, so even if Sprint doesn’t agree to buy those stores, a move of some kind is imminent for the company that’s been selling tech since 1921. 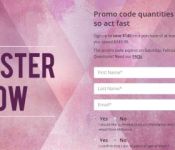 What’s more exciting than taking the controls of a precision aircraft? Doing stunts with said aircraft, of course! The new Pico QX from Blade is the smallest drone ever released by the manufacturer and with that comes the ability to do all sorts of nifty tricks.

Talk about light-weight… This little drone is just 8 grams! Not being encumbered with a heavy body frees up the possibilities for some really radical maneuvers. Not only is Pico capable of doing flips, it can also double-flip on command. With the built-in sensor assisted flight envelope technology, even the greenest of pilots can man the controls with ease. This normally goes for $56, but you’ll save 10% and take home this micro quadcopter for just $49.99. If you’ve been searching for something that works as well indoors as it does outside, this is the drone you’re looking for.

Do Not Miss These Other Deals!

HURRY! Register today for up to $140 off Motorola website (Valentine’s Promo)

Just a last minute reminder to let you all know that today’s the day to register for a promo code through Motorola. As part of a Valentine’s Day promotion, you can head to the website …

What’s more exciting than taking the controls of a precision aircraft? Doing stunts with said aircraft, of course! The new Pico QX from Blade is the smallest drone ever released by the …

For all of our outdoorsmen and outdoorswomen reading, you’re in for a real treat. You’ve been camping and had the dreaded red battery indicator of doom from your various devices. Now, …

We have a great Wednesday in store for you this week. A guaranteed freebie for aspiring Android developers and a chance at winning a pair of Beats By Dre headphones! First up is a free …