Google is taking the first step to unifying its disparate payment brands.

Since it was announced back in 2015, Android Pay has overshadowed another legacy Google payment brand, Google Wallet, which, though it once offered in-store payments, has since been relegated to a cross-platform peer-to-peer money exchange system. 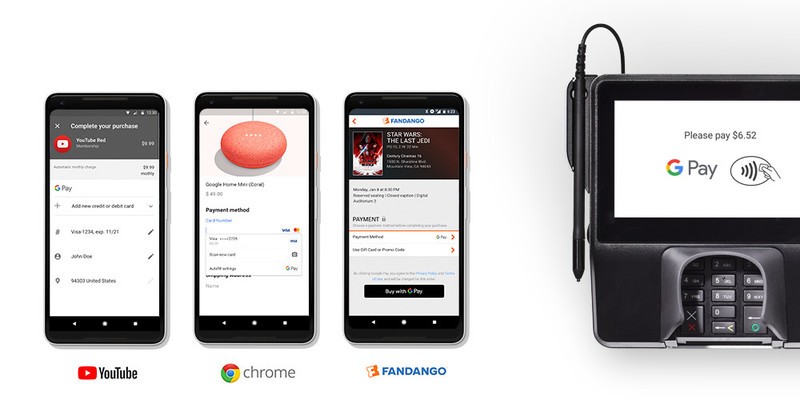 Today, that all changes as Android Pay and Google Wallet are combining to form a single payment brand under the Big G: Google Pay. For existing users of both services, the move is mainly just a logo refresh, but down the line Google says it will take considerable advantage of these new synergies. The branding will also encompass other ways users pay for, and with, Google services, such as on the Play Store and when automatically filling out credit card details in Chrome.

With Google Pay, it’ll be easier for you to use the payment information saved to your Google Account, so you can speed through checkout with peace of mind. Over the coming weeks, you’ll see Google Pay online, in store, and across Google products, as well as when you’re paying friends.

To entice people to sign up, Google is working with a number of retailers on promotional items, such as $10 off any $50+ order at B&H or $5 off a Fandango ticket. Google also says that some apps, such as Airbnb, Dice, and Fandango, have already updated their branding, while more will come in the next little while.

So no new features or countries supported with this announcement, but it’s nice to know that Wallet is sunsetting properly and Google is taking payments more seriously than ever.