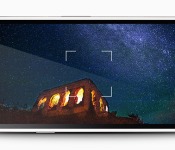 The N1 isn’t exactly a household name, so allow us to refresh your memory: it’s a CyanogenMod phone with a selfie-friendly swivel camera made by Chinese manufacturer Oppo. Well, its creator just announced a mini version of the device — except it’s not exactly something you’d call small. Oppo shaved just 0.9 inch off the full-sized N1, so the smaller version’s still quite a large 5-inch phone, larger than other “mini” follow-up devices like the 4.3-inch Galaxy S4 mini. According to the official page Android Police spotted, the new device will have the same 13-megapixel swivel camera. It is slightly lighter (150 grams) than its older sibling (213 grams), though, and features something the original phone doesn’t have: LTE support, which is unfortunately coupled with a smaller battery (2,140mAH vs. the larger one’s 3,610mAH). As you’d except, the Oppo N1 mini’s shipping in China first on June 11th loaded with the company’s Android ROM called Color OS. Whether it’ll follow in its predecessor’s footsteps and heading stateside, we still don’t know, but we’ll keep you posted.