The only living room speaker you need. 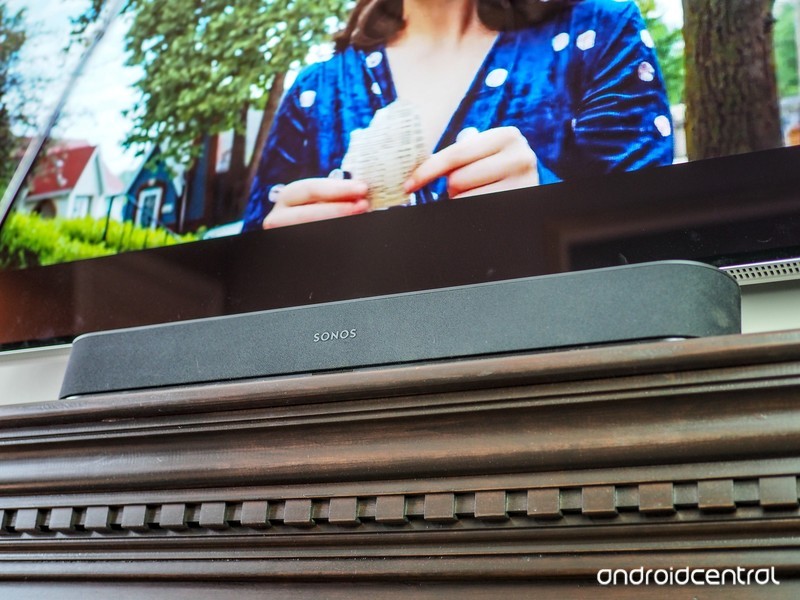 To know a Sonos speaker is to love it. It’s that simple.

But to know a Sonos speaker is to know two, or five, or a $699 Sub or Playbar. Even though you get what you pay for, you still pay.

To some extent that changed with the now-$149 Play:1, which was succeeded by the $199 Alexa-touting Sonos One. But the speaker company, which has awkwardly stumbled into the smart assistant age, is alien to the average music listener because that industry is so heavily commoditized, and out of reach of its more attainable audience, TV watchers, because its existing products are so narrowly focused.

With the Beam that changes for the better. The way better. 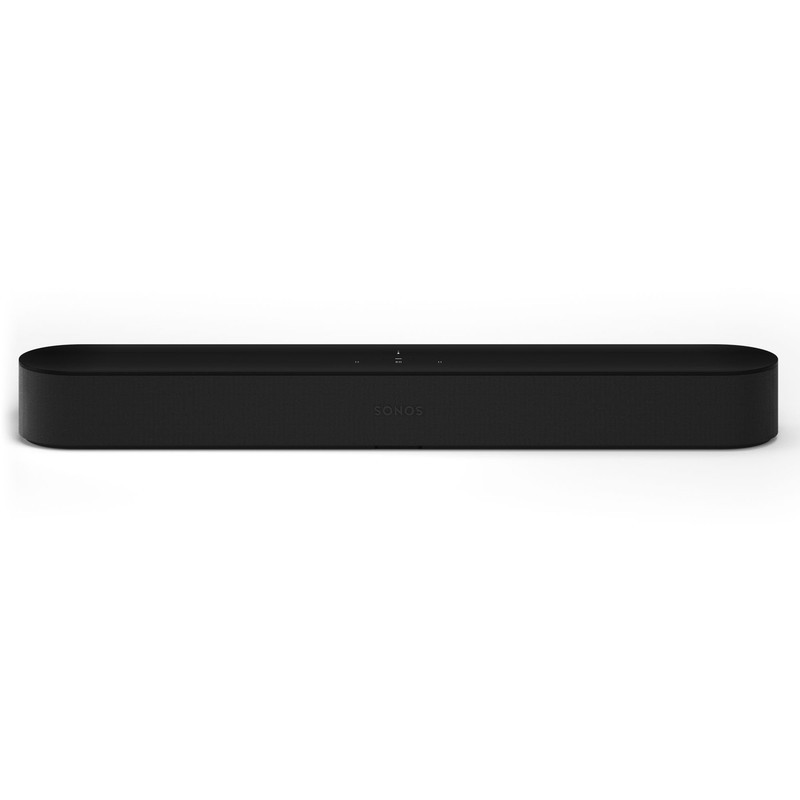 Bottom line: The Sonos Beam is a compact, powerful smart speaker that also happens to be a great TV soundbar. 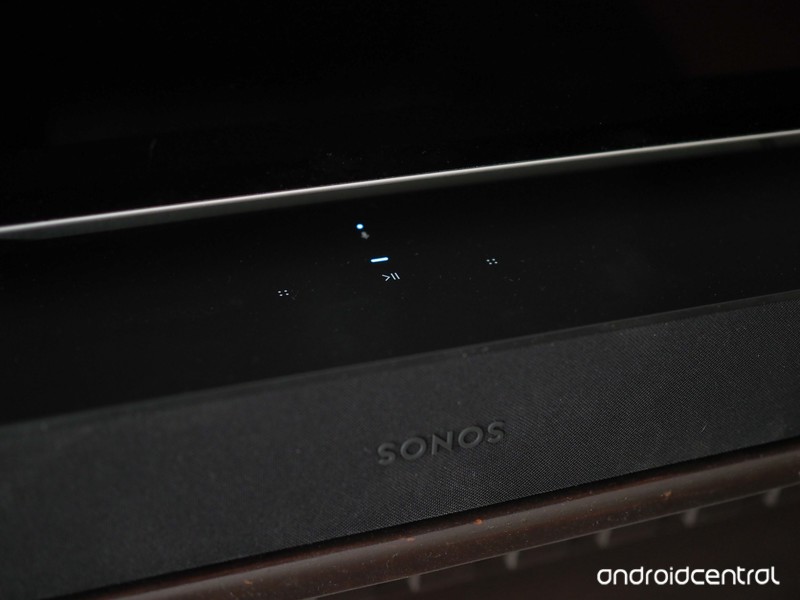 Sonos Beam What it is

The Beam is neither Sonos’ best music speaker nor its best sound bar, but it’s the most sensible product the company could have released in 2018. Unlike the massive and input-limited Playbar, the Beam supports HDMI ARC, which means it pulls double duty as a TV speaker and a remote control.

The idea behind the Beam is that it replaces your TV’s crappy built-in speakers, or gets rid of the need for a complicated receiver and separate pair of speakers. The latter was my setup — I have an expensive Yamaha multi-channel AV receiver and a pair of old Technics bookshelves — with my various set-top boxes polluting its HDMI ports and forcing me to use its awful remote. The prospect of simplification was enticing. So I unplugged my Chromecast, Apple TV, my Fire TV from the receiver and put them directly into my LG B7 OLED television, reserving HDMI 2, which supports ARC, for the Beam. ARC is intriguing, and this is my first time using the technology; it stands for Audio Return Channel, and it’s a standard that synchronizes the video on the TV with the audio from a connected speaker.

It also does one other really cool thing: it forgoes any setup or pairing, and it facilitates smart assistants like Alexa acting like a remote control. So not only does the Beam, when connected to a compatible TV, act as a rich, powerful speaker, but it lets you ask Alexa to turn on and off the TV, and on Amazon-built hardware, launch individual apps like Prime Video or Netflix.

But the Beam is two more separate products: it’s a Sonos speaker, which connects to nearly 100 streaming music and radio services like Spotify, Google Play Music, Apple Music, Audible, and others, and it’s an Alexa conduit, which means it’s a much better-sounding Echo, able to perform all the same smart home tasks and useful skills that Amazon has been adding to its platform since 2014. 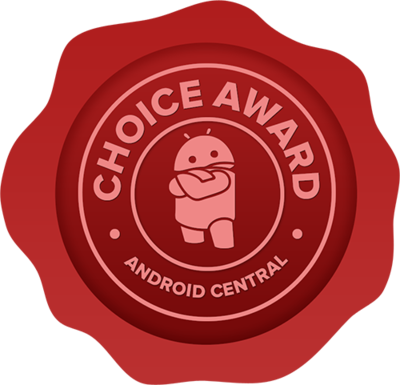 At $399, the value proposition is fairly straightforward: the Sonos Beam is an outstanding speaker. Even if it didn’t do all the things I described above, it would almost be worth its asking price by virtue of its sound output. While it doesn’t match the deep bass and ultra-wide soundstage of the Playbar, which is near twice the price and double the size, the Beam’s four woofers, single tweeter, three passive radiators, and five Class-D amplifiers manage to amply reproduce a stereo pair from a single unit that’s just 26 inches wide, 3 inches high, and 4 inches deep.

I appreciate that Sonos doesn’t cloud its equalization with bias, either: the sound emitted from the Beam is, by default, clean and approachable. It doesn’t create bass that isn’t there, and it doesn’t pretend to be a speaker double the size. Sonos recommends the Beam for a small or medium-sized living room; it probably wouldn’t do well paired with a 100-inch projector in a theater. According to Sonos’ head of marketing, Michael Papish, only 20% of homes have any sound equipment connected to a TV in the living room. When looked at in such a context, the Beam is an ideal speaker for them because it also gets rid of the need for a separate smart speaker, or Sonos speaker in general, in one’s living area.

The Beam sounds better than most soundbars, and way better than any Alexa-enabled speaker.

At the same time, the Beam benefits from being paired with Sonos’ other products. I was easily able to use a pair of Sonos Play:1 speakers as a stereo pair, and the excellent Sonos app makes it trivial to set up. And while I don’t have one of the company’s excellent $699 subwoofers, when mixed with the Beam Sonos does the work to separate the bass from the mids so frequency crossover is smooth.

Here’s an example of why I love using the Beam, and why pairing it with a smart assistant makes so much sense. I use my voice to turn on my TV — “Alexa, turn on the TV,” and launch right into Netflix. I start watching some Luke Cage and hear a song I love. It’s Faith Evans’ “Mesmerized,” but it only plays for a few seconds so I ask Alexa to play the full thing. This leads me down a Bad Boy rabbit hole, so I open my Spotify app and build a new hip-hop playlist, pushing it to the Beam using Spotify Connect. Once I’m done, I press play on the TV and my episode resumes. 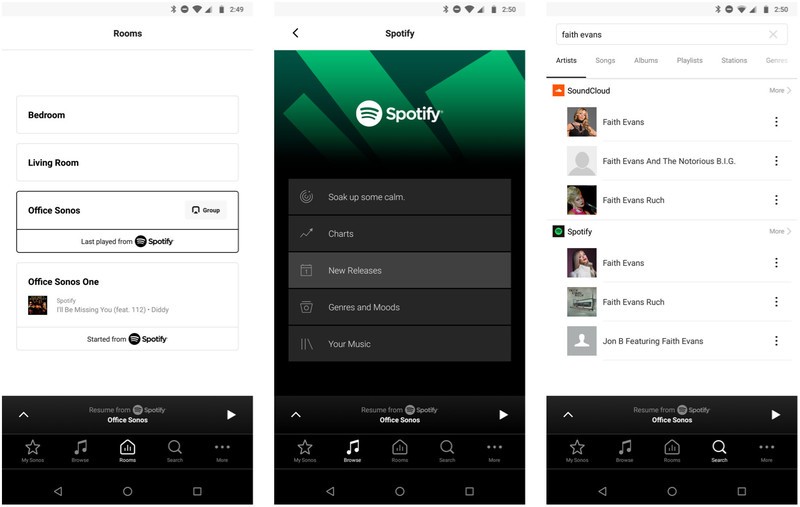 The genius of Sonos is that it just works, and works everywhere. You can use the new-and-improved Sonos app (seriously, it used to be garbage and now it’s amazing) to consolidate music from any number of music services — the app’s universal search is excellent — or just use it as a Spotify controller. If you have more than one Sonos speaker, you can combine or separate them at any time for whole-home audio. You can choose to use Alexa or ignore the functionality altogether, muting the five far-field microphones with a tap on the Beam’s capacitive console.

Even when my TV is off, I use Beam to listen to podcasts or my local radio station. It stands in for Bluetooth speakers, smart speakers, and TV speakers. It’s just that versatile. 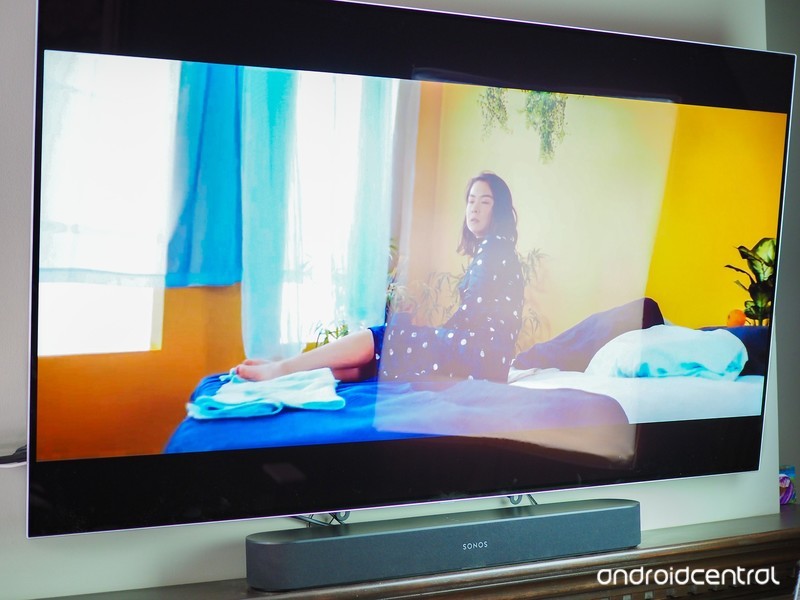 Let’s offer a counterpoint to what I said above: at $399, the Beam’s value proposition is straightforward. It’s also outlandishly high compared to buying an Amazon Echo and a decent soundbar. If you’ve no need for Sonos’ integrated nature, it’s easy enough to recreate a facsimile of the experience with a $99 Echo and a $120 RSR.

This becomes doubly true when admitting that the Beam’s Alexa integration is pretty basic unless you’re also using an Amazon Fire TV, and that the far-field microphones are far too sensitive, accidentally activating a half dozen times an evening. Every word that begins with “Al-” elicits the recognizable activation chime, and that’s despite Sonos saying the Beam is less prone to false positives than the notoriously finicky Sonos One. Then there’s the question of Google Assistant support. When Sonos announced it was getting into the smart speaker game, it approached the problem as it had with music: it would be as open as possible and support as many APIs as it could. But Google Assistant integration was supposed to launch earlier this year and has been pushed back to an indefinite date citing unspecific compatibility problems. Later this year, the Sonos Beam will be among three speakers in the company’s lineup to support Apple’s AirPlay 2, but that won’t provide Android users much solace.

The final concern is with the HDMI spec itself: ARC is built into most TVs these days, but Sonos can’t control that side of the equation. It can only hope that customers are savvy enough to check their televisions beforehand or upgrade their sets at the same time. The fallback is an HDMI-to-optical adapter in the box, which should even the oldest of modern-day televisions to work, sans intelligence, with the Beam. And in neither configuration does the Beam support DTS, just Dolby Digital 5.1. 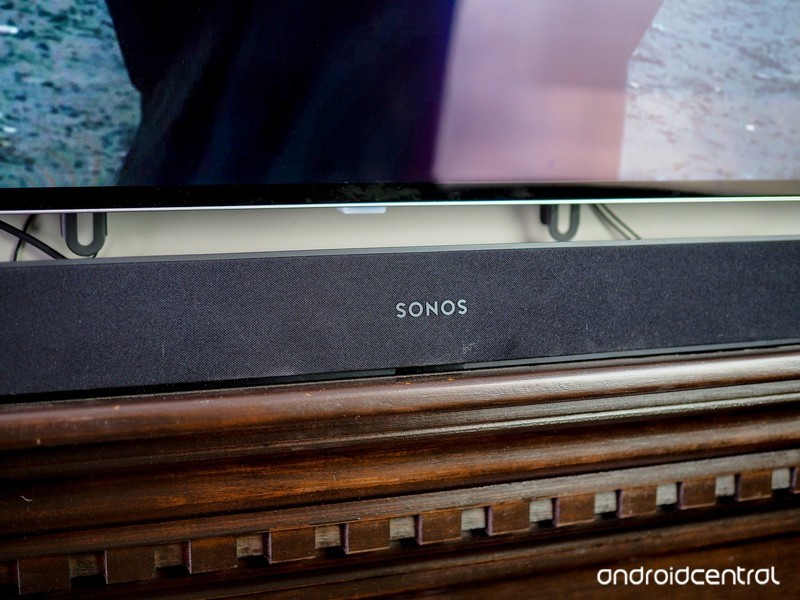 Sonos Beam Should you buy it?

Let me tell you something about Sonos. All of the problems I mentioned above? The investment, the platforms, the cables, the specs — they all disappear once you start using the product. Every Sonos product is solid, and the Beam is no exception. This is my favorite speaker in the company’s lineup to date because it checks so many boxes.

And it will get better. The Beam will eventually support Google Assistant and all its intelligence, along with the smart home integrations and routines you’ve already set up on your phone, and Sonos will add additional services like YouTube Music to its music lineup. And there’s a good chance, once you buy a Beam, you’ll want to spend more money on additional Sonos stuff.

Even if you don’t, and just stick with the Beam as your sole Sonos product, you’ll be happy with its massive feature set and awesome sound.