A major #CutTheCordDay contest, and we’ve been putting the Amazon Fire TV Cube up against everything we can. 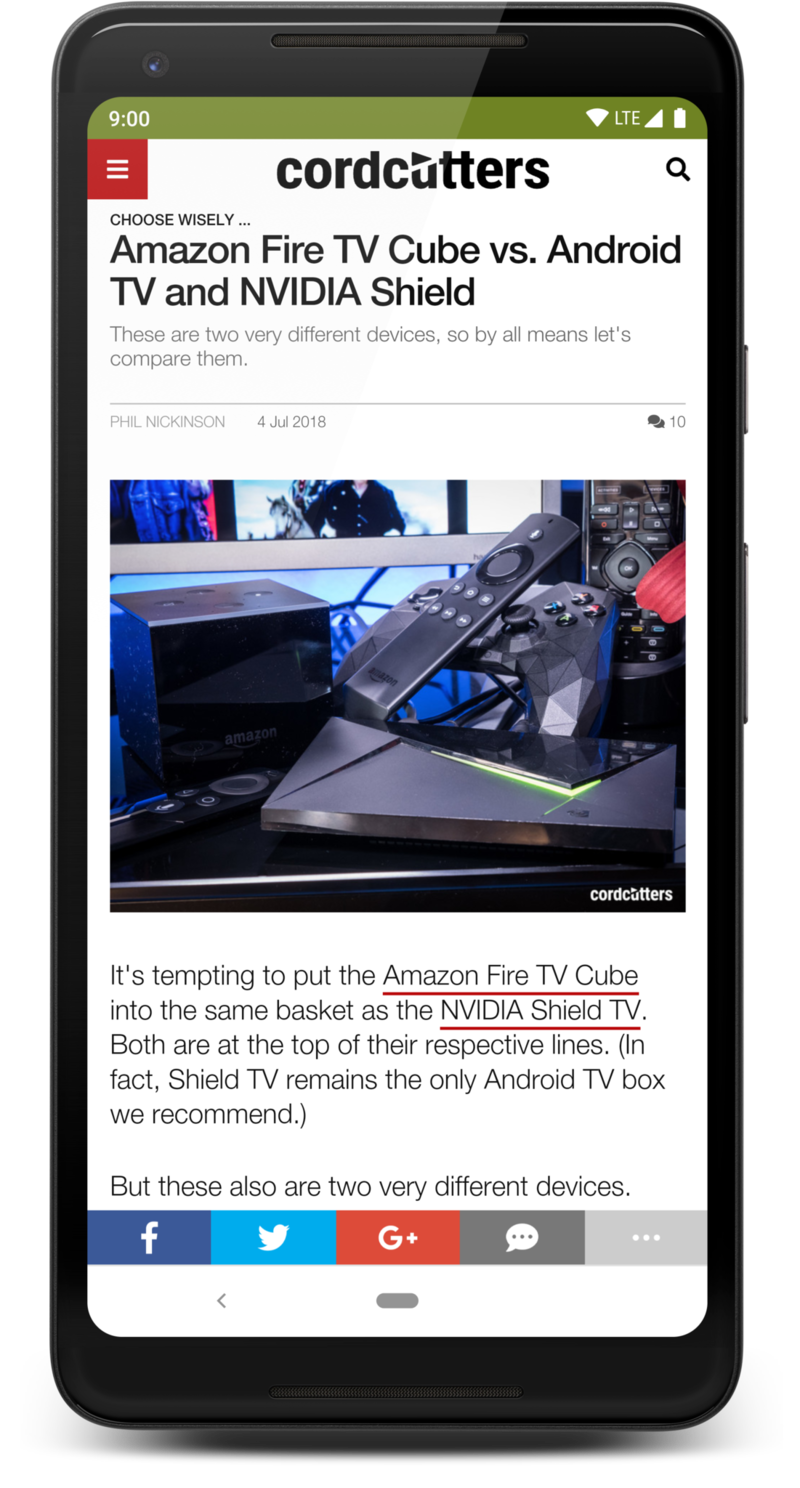 It’s been FIGHT WEEK™️ over at CordCutters.com, with the new Amazon Fire TV going head to head against the best streaming boxes you can buy, on all the major platforms.

But the first question we asked? Should you upgrade to an Amazon Fire TV Cube from one of the other Fire TV options. That’s a good question, and one without a clear-cut answer. It’s very much going to depend on what you’re currently using.

The basics, in case you missed it: Amazon Fire TV Cube is a mash-up of an Amazon Fire TV 4K and an Amazon Echo Dot. So it’s an custom Android-based entertainment system with full access to everything Amazon has to offer on the big screen, including movies and music and shows and apps and games. All that stuff. Plus it’s got all the hardware from an Amazon Echo built in, so you can control all sorts of things, hands-free. … To varying degrees of success.

So how well does it stand up against its competition, well. …

What else did you miss? Quite a bit.

Read more from News
← Google needs to learn from Amazon on how to build products for kids
OtterBox Symmetry Clear Incredibles 2 case for Galaxy S9+ review: Your phone’s superhero →