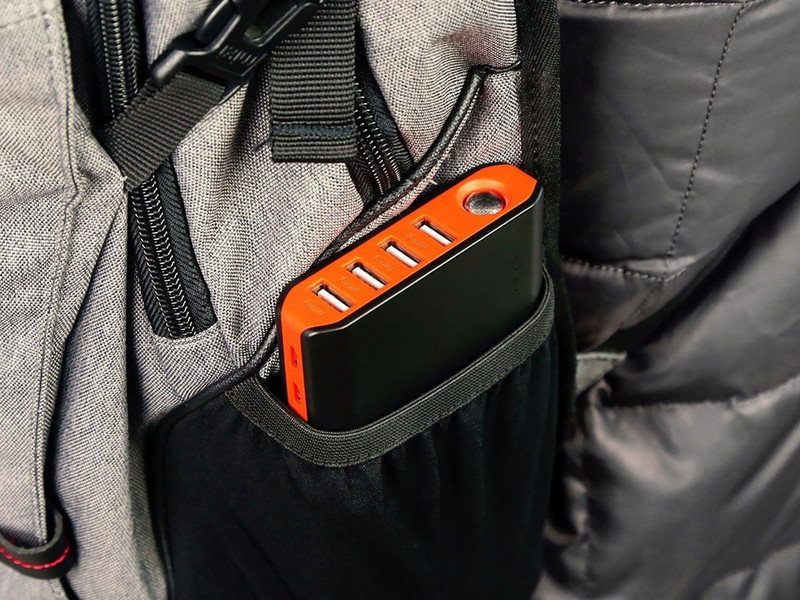 These aren’t your pocket-friendly power banks, but they can be your lifeline when battery life runs short across multiple devices.

Given today’s power-hungry phones and tablets, any power pack under 20,000mAh shouldn’t be considered high-capacity. While the majority of these beefier backup batteries aren’t suited for storing in your pocket, they’re still compact enough to toss in a backpack, suitcase, or laptop bag for a quick charge when you need it. Check out these power banks that provide enough battery to keep up with the most demanding tech-lover. 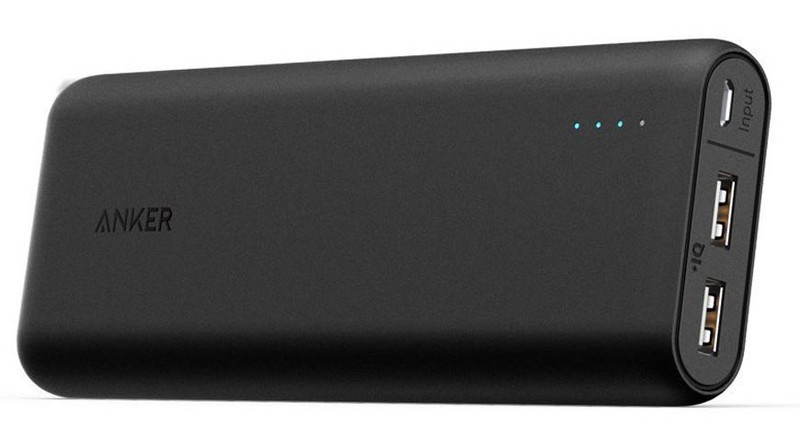 Anker brings two versions of the PowerCore+ 26800 to the market, one with Qualcomm Quick Charge 3.0 and one with USB PD (Power Delivery). Both offer a whopping 26,800mAh capacity and are only 7.1 x 3.1 x .9 inches in size. This is a power bank that you probably can fit into your pocket!

The Quick Charge model also features PowerIQ so that non-Quick Charge devices can still charge at up to 3 amps and can be fully recharged in about 6.5 hours. It’s priced around $70.

The USB PD model features a 30-watt USB-C port capable of charging laptops like a MacBook or Chromebook as well as your phone. It can be fully charged in about four hours and costs right around $120. 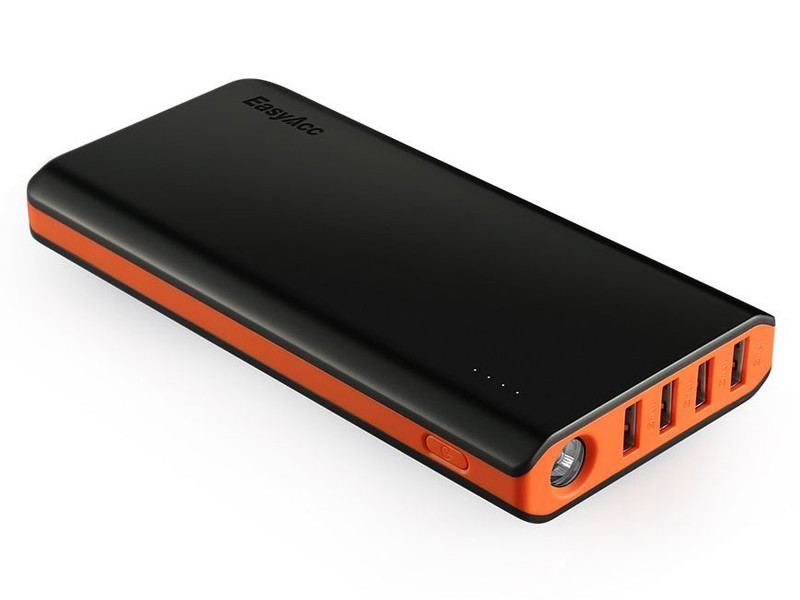 If you’re after more than just a pair outputs to keep your phones and tablets charged up, the EasyAcc Monster packs a 26,000mAh capacity and provides four USB ports as well as two Micro-USB inputs on the side that can work in tandem decrease recharge time up to 50%. With a total output of 4.8 amps, the more devices connected means a slower charge, but the overall convenience, functionality, and capacity outweigh reduced charging times.

Next to the USB outputs is a built-in LED flashlight that’s handy for seeing in the dark, and on top are four tiny lights that indicate how much battery life remains in the power bank. EasyAcc has added plenty of safety features to prevent any damage to your connected devices, too. You’ll pay about $47 for the EasyACC Monster. 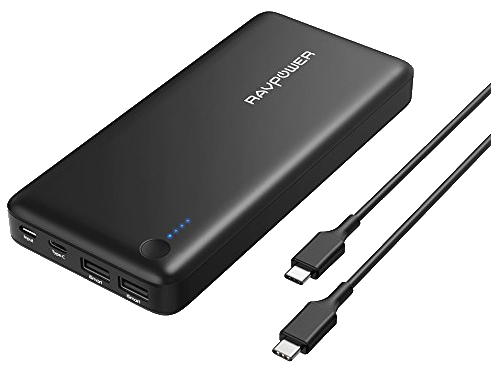 The new USB-C RAVPower 26800 can output 30 watts through its USB-C port and has two “regular” USB ports that feature its iSmart technology to charge at up to 2.4 amps each. RAVPower says that its iSmart 2.0 system will automatically sense the correct charging current so that your devices that don’t use a fast-charging standard will still charge as fast as they are able. The USB-C port charges a MacBook at the same rate as the included charger, and can charge a Nintendo Switch while you’re playing. 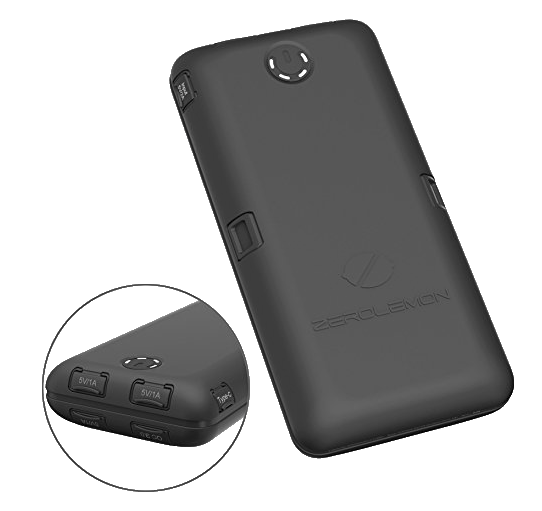 This beastly backup battery rocks an impressive 30,000mAh capacity that’s able to provide power to phones, tablets, and even laptops. It has a total of five USB ports three standard 1-amp outputs, one Qualcomm Quick Charge 3.0 output and one USB-C output so it’s compatible with almost everything.

It also features a rubber outer shell that makes the ZeroLemon ToughJuice V3.0 the most rugged power bank you’re likely to see. You’ll pay about $60 for it.

Remember, this power bank is too big to carry on a plane in the U.S. without talking to your airline first. 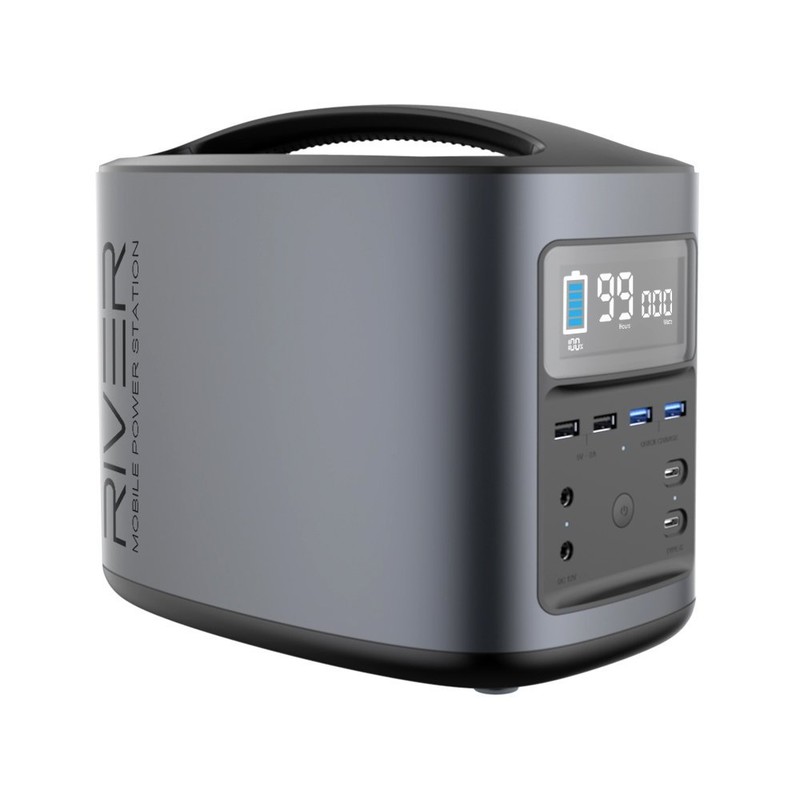 This behemoth packs a wallop and comes at a steep price (about $600), but it’s your source for power when you wanna go totally off the grid for a while. This is the charging station you need for everything you take with you anywhere. It houses a 412Wh (that’s watt-hour) battery and features 11 independent outputs: 2 AC plugs, 4 USB ports, 2 USB-C ports, 2 DC ports, and a car charger.

It also has a solar panel, so you can take it anywhere and it’ll juice itself up (albeit incredibly slowly). Just note that, despite its AC outlets, the River won’t power a hair dryer or coffee maker (heating elements are no joke!).

That being said, our own Marc Lagace went into the forest and played electric guitar and did a whole bunch of other wild things; read his full review: 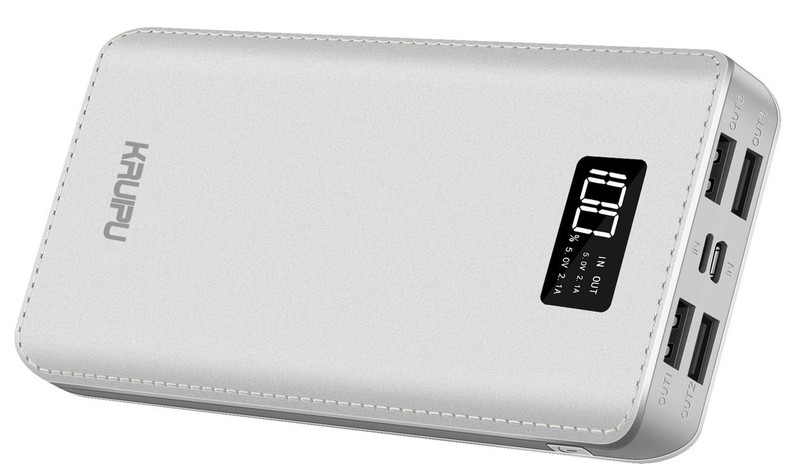 The name may sound a little funny, but the Amazon reviews don’t lie: this 24,000mAh power bank is great. It features four USB ports, and it has two ports to charge the bank itself: one Micro-USB and one USB-C, so you only need one charger to charge this and your Android phone.

The Kenruipu charger comes with its own AC adapter, comes in black or white, and costs around $31. If you’re looking for a quality budget option, then this is your best bet. Maxoak’s high-capacity powerbank is portable, but it’s also about the size of a paperback novel. That’s what you get when you cram 50,000mAh into a portable battery bank, and this one should last you days if you’re out and about. Headed out of town on a camping trip for the weekend? You’ll likely be able to keep your phone charged the whole time with this and then some. It should also be able to charge most laptops (not MacBooks) a couple times over, and Maxoak even supplies 14 different power connectors. At about $136, it’s not cheap, but it is a lot of juice.

A note on air travel: What you need to know

While traveling in the U.S., the Federal Aviation Administration allows you to carry a device (like a power bank) with up to a 100 Wh capacity. You are also able to carry a limit of two spare batteries between 101 Wh and 160 Wh with prior approval from your airline. All lithium batteries must be in your carry-on bag and can’t be stowed with checked luggage.

Most power banks list their capacity in mAh (milliamp-hours) and not Wh (watt-hours). Let’s do some conversion using a 3.7-volt average. You can calculate from Wh to mAh using this formula:

Other countries may have different regulations, so you should check before you travel outside the U.S.

Updated June 2018: These are still the best high-capacity power banks to keep you juiced up on the go.