The rise of the electric car promises a cleaner future. Arcimoto CEO Mark Frohnmayer believes that we can do more to reduce our footprint by not just removing trash from our air but also using smaller vehicles built using fewer materials. The $11,900 Arcimoto three-wheeled EV is the result of his desire to lower his CO2 emissions and cut down on the space a daily driver takes in the world.

At CES, I had the opportunity to get behind the… well, it’s not a wheel. I sat behind the handlebars and whipped the tiny EV around a Las Vegas parking lot. Meant for quick jaunts around town, the two-seater Arcimoto won’t be much help on a trip to Costco. But for the majority of the single-person trips around a neighborhood, for the truly adventurous, it could replace a second car.

Arcimoto calls its car the FUV (fun utility vehicle). On the road, the Arcimoto, even at slow speeds, is exactly that. Its peppy acceleration and quasi motorcycle feel, without the worry of tipping over, create an experience you don’t get from your typical electric car. I caught myself leaning like I did as a kid on my three-wheel ATC, even though it wasn’t needed. Your childhood memories may vary. 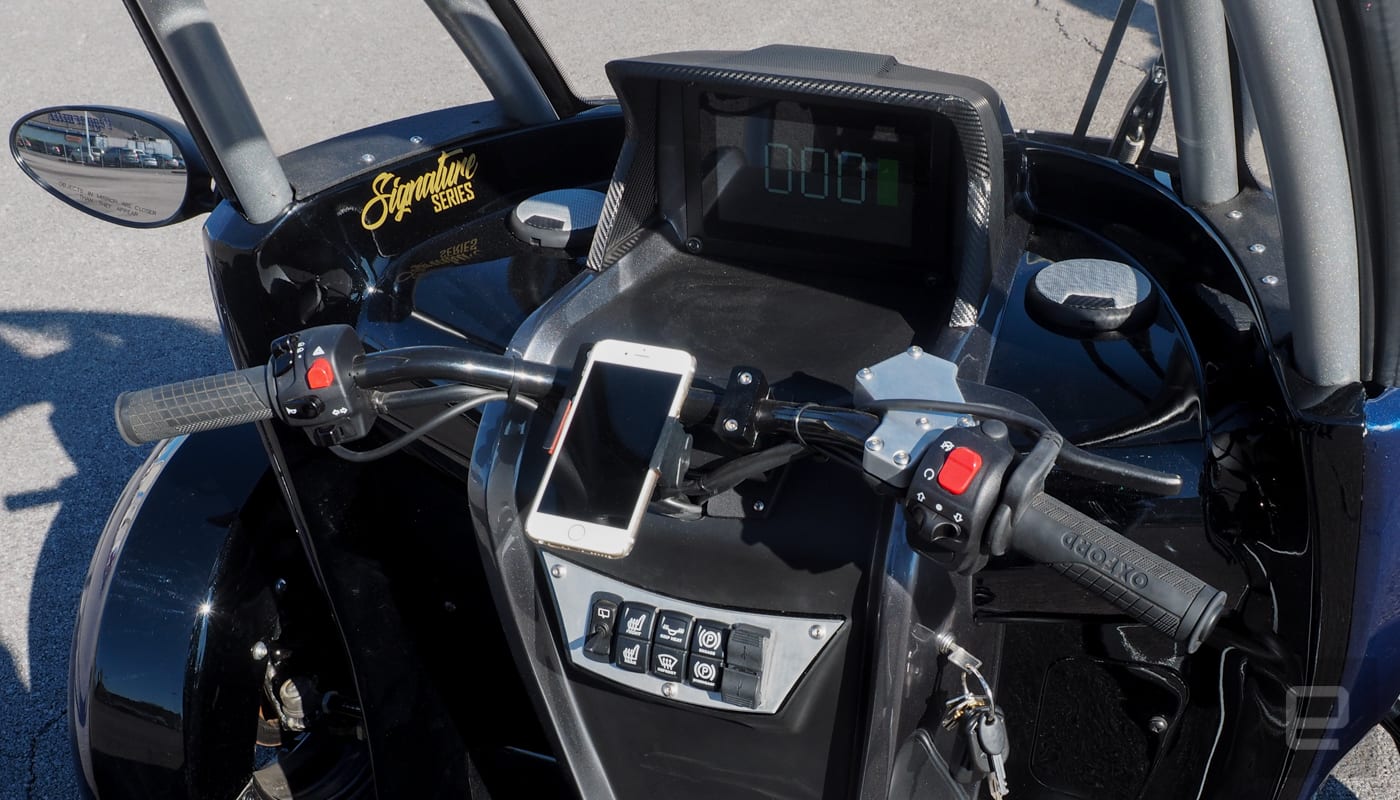 It’s set up like a scooter with a twist-and-go accelerator. The front brake is a hand lever, and the rear brake is positioned on the floor. A single passenger can sit directly behind the driver, and both are strapped in with two seatbelts that criss-cross your body. That felt a bit like overkill, but safety first, I guess. I could only spend about 30 minutes, but apparently I could have spent hours doing circles, thanks to the range of the vehicle.

The base-level 13kWh battery has a range of 70 miles. A larger 20kWh battery pack will keep the Arcimoto FUV on the road for up to 130 miles. It can be charged via the regular 110V wall outlet at the rate of 10 miles’ worth of charge after one hour, and a level 2 charger will juice up the vehicle at the rate of 40 miles in one hour. Normally I’d be bummed about a vehicle with a 70-mile range, but let’s be honest: No one should be using the Arcimoto for road trips of any consequence. 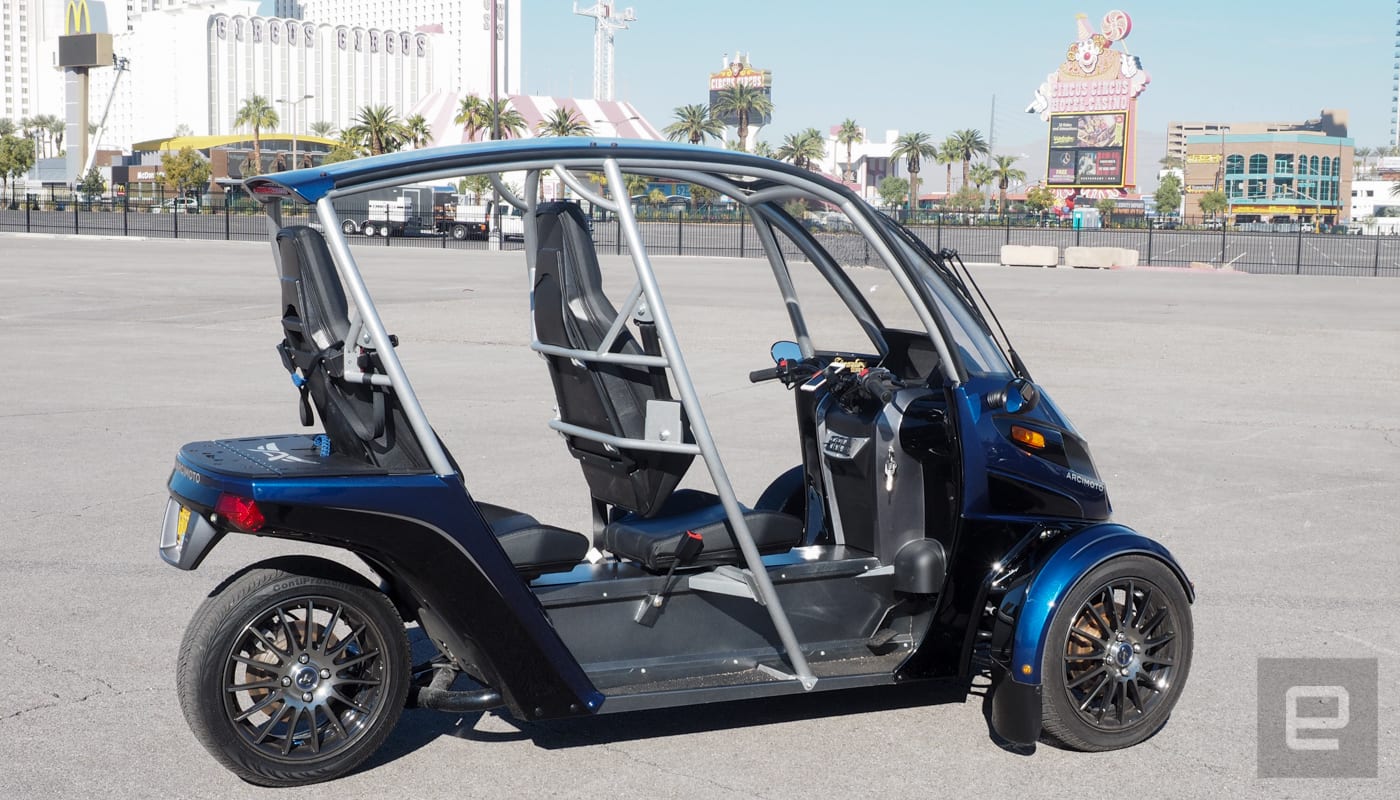 I drove the Signature series FUV, a limited-edition vehicle built for 10 customers. Arcimoto says it’ll spin up production of the consumer version this summer. It’s not for everyone. The center dash consists of a lever for the single wiper, two USB ports, a parking brake, defroster, handlebar grip heater and seat heaters. That’s it. The display is equally sparse, with a speedometer and a huge battery gauge.

And yet, if you’re low on space, want an EV with more than enough range to get around town and enjoy the open-air excitement of riding (or driving, I’m really not sure) a not-really-a-motorcycle-but-not-quite-a-car, the Arcimoto FUV is worth checking out.