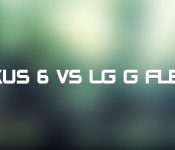 The battle of two of the biggest Android smartphones currently on the market, so let’s see how they stack up against each other.

Drop us a comment below, who wins the battle between the LG G Flex 2 and the Nexus 6? 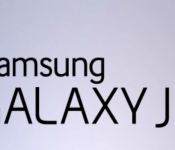 Samsung could soon introduce a new line of devices, says oft-reliable SamMobile. The SM-J100 “Galaxy J1″ figures to be the first of what we presume to be a series of low-cost devices.

Specifications are definitely on the lower end of the spectrum and include a 4.3-inch 480×800 display and 5-megapixel rear camera. Said to get its power from a 64-bit 1.2GHz quad-core Marvell processor, the Galaxy J1 is alleged to pack 1GB RAM with 4GB internal storage.Rounding things out, we should look for a 2-megapixel front-facing camera, an 1850mAh battery, and a host of custom Samsung apps.

Running Android 4.4 KitKat, the Samsung handset is said to come with single-SIM and dual-SIM variants of both 3G and LTE connectivity.

There’s only a few weeks to go until Mobile World Congress takes place; that venue is as good as any to introduce a new line. We’ll be on guard for anything else that pops up relating to the Galaxy J1.

Based on what you know of the device, does this seem like the sort of thing you’d be willing to purchase? What about recommending to a friend or family member? 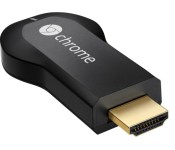 Best Buy has just kicked off another great Chromecast promotion. This time they’ve knocked $5.01 off the usual $35 price tag and if you order an HDMI Streaming dongle, collect it and set it up before the end of January, you’ll be eligible to receive a $20 Play Credit voucher, together with Chromecast’s current on board offers of a complimentary subscription to Hulu Plus for 2 months and 90 days of Google Play Music All Access. Clump it all together, and you could effectively get $66 worth of free subscription/download content and a Chromecast for just $29.99.

Sadly, part of this promotion is limited to new subscribers to the services, so if you’re already an active user of Play Music All Access or Hulu Plus, you won’t receive these goodies. However, the $20 Google Play voucher is good for everyone, regardless of their current balance.

If you like the sound of this deal and want to grab yourself a Chromecast from Best Buy for $29.99 — hit the source link below. 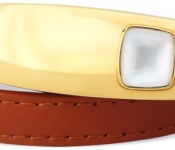 Shown off at CES for the first time this year, Viawear’s Tyia is a wearable device that aims to bridge the gap between technology and fashion, much like the Apple Watch. Designed for women, the Tyia is a bracelet that focuses on delivering fully customizable notifications to let users keep tabs on messages, email, and social media accounts even when their iPhones are buried in purses and pockets.

According to Tyia’s creators, the company’s goal with the bracelet was to follow Apple’s own lead and design something “absolutely gorgeous from the inside out” by focusing on the high-fashion jewelry aspect of the device.

Though it also includes a HealthKit-compatible accelerometer that measures metrics like steps taken, Tyia’s true focus is on delivering notifications. It includes both a vibration engine and an RGB LED, both of which are highly customizable to allow users to create one-of-a-kind notifications for every app and situation.

The bracelet itself is available with gold or rhodium plating and inset with a semi-precious stone made of quartz, topaz, or another gemstone. In the first available versions, a quartz stone is fused to an 0.4mm sheet of mother-of-pearl, which serves as a light diffuser for the built-in LED. Internally, the Tyia has a 6-axis accelerometer and promises a 3-day battery life. It comes with a magnetic charger that snaps right into the bracelet to make charging a painless experience.

There’s also an option to create notifications based on keywords, which is another unique feature that the Tyia boasts. For example, users can set a hashtag like #important or #emergency, and any tweet or message that includes that hashtag will set off a special notification that might flash red and white and vibrate strongly.

Because it’s designed to serve as a wearable that’s both fashionable and functional, the Tyia includes interchangeable straps. Though there are only leather straps included with version available for pre-order, Viawear plans to sell a range of different straps in multiple colors and materials. One band, for example, will feature Marsala, the wine-hued Pantone color of the year, while another will be constructed of a vegan material.

The company plans to develop an open API to allow third-party apps to take advantage of its fitness tracking capabilities, and it will collaborate with various designers for custom Tyia designs. Walter Chefitz, the company’s Chief Creative Officer, has already worked to create a special diamond-encrusted Tyia with a green leather band, which he will sell on his Walt Adler jewelry site. In addition to collaborating with jewelery designers, Tyia also hopes to use its platform to help other fashion companies develop smart jewelry in the future.

Tyia is available for pre-order from the Viawear website at prices starting at $239. It will begin shipping out to buyers in the spring of 2015, which is also when the company plans to begin rolling it out to retail stores.

Last year I was fortunate enough to spend some time with EnerPlex and acquire a portable solar panel and solar backpack from them for review. The products were fun, functional and did what they were supposed to do. The solar panel, dubbed the Kickr, performed well in direct sunlight. The original Packr solar panel backpack […] 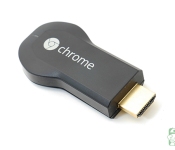 Best Buy offering the Chromecast for $30, throwing in $20 of Google Play credit

Google’s Chromecast is already insanely cheap, being sold for around $35 most places. Best Buy currently has a sale going on that reduces the price and throws in some extra goodies. You can grab a Chromecast through BestBuy.com for only $30 ($5 off), and it comes with $20 of Google Play Store credit. Once you purchase your Chromecast, you’ll receive a unique code via email that will allow you to redeem your $20 through Google Play. Most Chromecast users spend money through Google Play anyway, so if you think about it, you’re getting a Chromecast for only $10. If you’d like to take advantage of this deal, head here and place your order before January 31st.

Every once in awhile, Google gives out promotions and offers through the Chromecast website. Right now, you can get two months of free Hulu Plus along with 90 days of free Google Play Music All Access. They’ll even throw in a free copy of X-Men to sweeten the deal. Suffice it to say, if you’ve been waiting to pick up a Chromecast, now is probably the right time to do so. Once you have your Chromecast, head to this website to claim your free Hulu Plus and Google Play Music promotions! 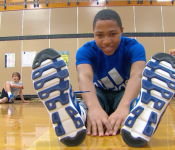 Adidas’ next move is to keep young students fit and healthy

In the US, child obesity is an ever-growing concern that’s desperately in need of a remedy. Knowing this, Adidas is now looking to help the cause and, in the process, make it fun for young people to take care of their fitness. The sporting gear company has teamed up with Interactive Health Technologies, whose mission is “empowering individuals to self-manage their health,” to bring its miCoach technology to schools Stateside. A few years ago, IHT began implementing a heart rate monitoring system for gym classes in the US, and now Adidas wants to take that initiative one step further. By combining miCoach’s ability to collect data with IHT’s aforementioned method, Adidas believes students can easily motivate themselves to set and reach individual goals.

At the moment, there are more than 700 schools in the US have added this to their curriculum, with over 250,000 students benefitting from it every day. An Adidas spokesperson said the reception to the heart monitoring system, in tandem with certain miCoach features, has been great — so much so that many students choose to take the IHT wearable device home with them on the weekends. And that’s a good thing, since it means they keep racking up points and staying active; both parents and teachers can monitor each student’s app via a companion application, which is available for PC and and mobile devices. Ultimately, Adidas says the goal is to continue expanding to additional school districts, adding that it’s constantly working to add interesting things to the program — such as rewards and social challenges between schools. 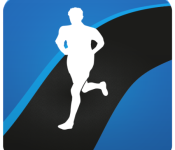 It’s a new year, which means it’s time to get in shape. There are a number of apps to help with your workouts, and Runtastic Running & Fitness is one of the top rated ones for sure. A lot of people think of it as a running app, but it’s a lot more than that. Runtastic will map your workouts in real-time with GPS, monitor exercise progress, and provide you with advanced statistics, as well as graphs. It tracks all your cardio workouts by duration, distance, elevation change, calories burned, more. It’s also compatible with Google Fit and Android Wear.

The Pro version of the app normally goes for $4.99, but you can grab it for FREE today. All you need to do is download the Free version of the app (link below). Once you have either logged in or signed up, go into settings by tapping on the three dot menu at the top right. Then scroll down to the More section, which is at the bottom. Then select Runtastic, followed by Enter Promotion Code. Last but not least, enter FREE-UBTP-XPTP and tap, Redeem Code.

Once you restart the app, you can go back to the Enter Promotion Code screen again to verify that Pro is activated. 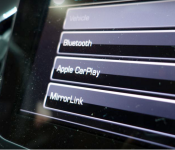 GM today at Detroit’s North American International Auto Show showcased the upcoming 2016 Chevrolet Volt plug-in hybrid, and as spotted by The Verge, the latest Volt model includes an option for CarPlay as well as MirrorLink in the vehicle’s entertainment system settings.

2016 Chevy Volt in-dash entertainment system by The Verge
GM was listed as a CarPlay partner when the technology was announced in early 2014, but the company was not expected to incorporate CarPlay into its automobiles right away. Almost one year after the announcement, GM appears to finally be bringing CarPlay to its automobile lineup starting with the 2016 Volt, although the new model is not expected to go on sale to the public until the second half of this year.

Chevrolet has previously been involved in CarPlay demonstrations, but the upcoming second-generation Volt looks to the be first production vehicle with the feature built-in. 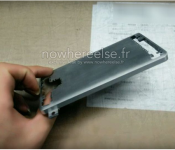 Samsung will reveal two variations of the next flagship Samsung Galaxy S6 device at Mobile World Congress in March according to new sources as a different approach is taken by the company.

The first Galaxy S6 model will be a premium metal-made device, which ties in to the leaks we’ve seen to date. The second S6 model will feature a curved screen, much like the Galaxy Note Edge that was launched last year.

With Samsung profits falling, it seems that the company are trying anything and everything for their next flagship device to turn the company back to a dominant force.