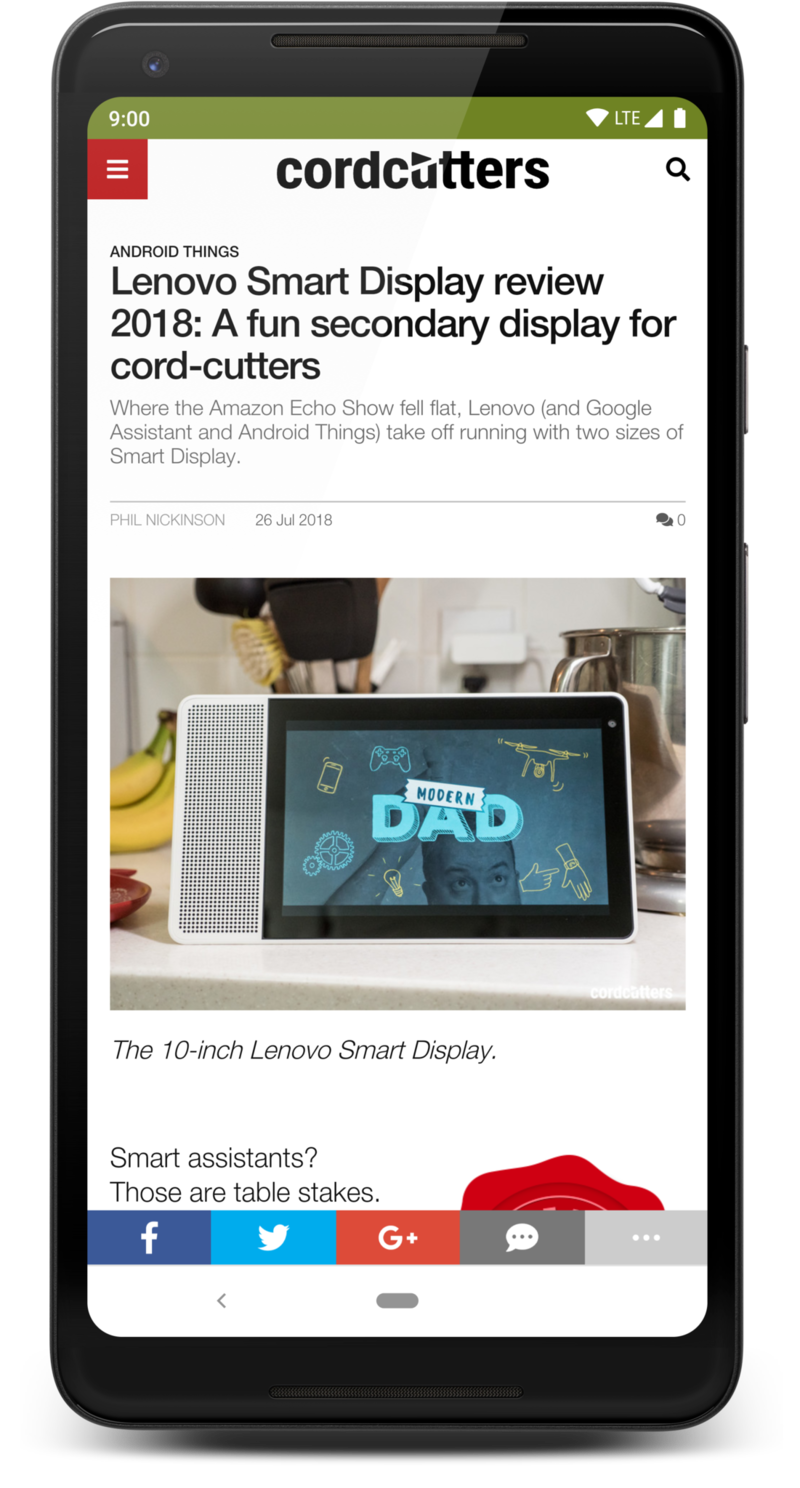 Here’s the thing about the future of streaming video: If you’re only doing it on a TV, you’re already behind the curve. I say that being a relatively old guy (as in older than 20) and being someone who most often does the cord-cutting thing on a display of no less than 43 inches.

My kids, meanwhile, watch anything and everything, whenever and however than can. On a phone. On a Fire HD tablet. On a (much better) iPad. On Roku. On Apple TV. On Shield TV.

The point is they switch from one to another as if there are no mental barriers for doing so. And for them, there aren’t.

So it’s been fun watching them over the past week with the new Lenovo Smart Display. They’re used to having Google Home(s) in damned nearly every room of our house. And the Amazon Echo Show is usually in sight, too. But Google definitely brings something more to the table. Especially with live TV and the built-in integration of YouTube TV. (Providing that you’re a subscriber, of course.

There will be plenty more on both Android Central and CordCutters.com regarding not just the Lenovo Smart Display, but all the (lowercase) smart displays. It’s that important of a new category. Now Google and its partners just have to sell it.

Read the full CordCutters.com review of the Lenovo Smart Display

Here’s what else you missed this week on CordCutters.com: