Amazon has begun testing a small but useful new feature across its iOS app and mobile/desktop websites, allowing users to invite friends and family members to collaborate on a shopping list together. Amazon customers have long been asking for such a feature, and it seems like a small set of them have been selected to test it out ahead of a potential wider launch in the future (via Android Police).

On iOS, after you open the Amazon app and navigate to one of your wish lists, you’ll see a new prompt that says “Invite others to add or remove list items.” If you tap this, you’ll get the usual iOS sharing sheet with options like AirDrop, Message, E-Mail, and simply copying a URL to share with someone.

Once the recipient gets the list invite, Amazon will open up in a browser (both mobile and desktop appear to work), and your list will now effectively appear as one of their own in their Amazon account. They’ll be able to view it, add items to it, remove items, edit quantity, and edit comments. Collaborative lists will be designated as such at the top of the list near its name with two user icons and a “Shared” banner. 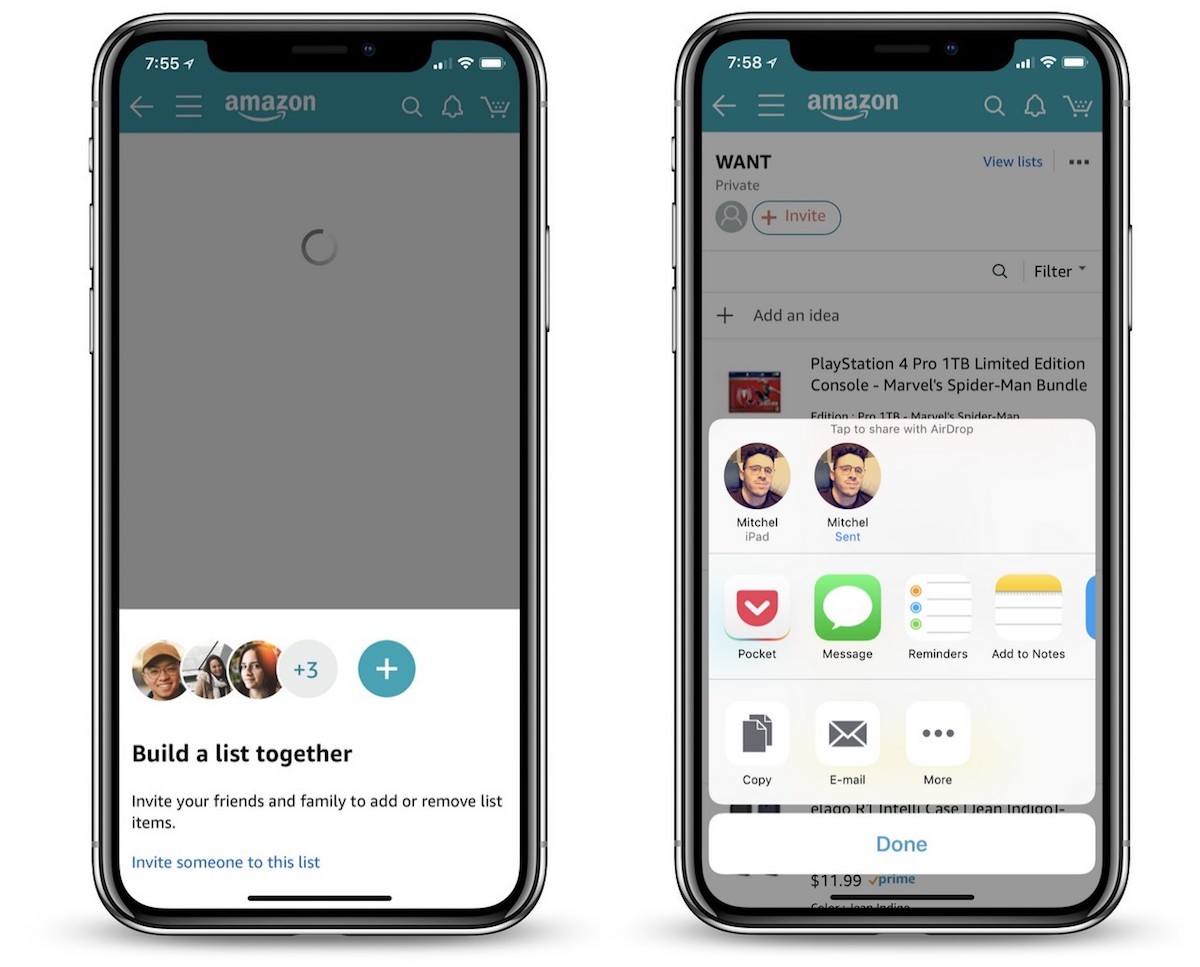 Once multiple members are sharing a list, a new conversation icon will appear on the right of the list’s page and act as a hub for users to send messages and discuss items on the list. Above this is an ellipsis icon that lets the list’s original owner manage members and remove any they don’t want to be able to access the list anymore. It appears that a few of these features are missing for some users at the time of writing, likely due to the feature still being in a testing phase.

The feature is in testing on iOS and Amazon.com on mobile and desktop websites, but Android Central reports that it does not appear to be on the native Android app yet. As with all feature tests, it’s unclear when — or if — collaborative shopping lists on Amazon will roll out to all users.

Tag: Amazon
Discuss this article in our forums