Xiaomi Mi A2 hands on: putting power before price

There are only two things you need to know about the Xiaomi Mi A2: it’s got a Xiaomi body with Google guts. That means the familiar industrial design, build quality and affordability of Xiaomi combined with stock-standard Android 8.1 Oreo and regular updates courtesy of the Android One program. For any MIUI haters out there, this is a dream mid-range Xiaomi phone. This is the Xiaomi Mi A2 hands on.

Last year’s Mi A1 was Xiaomi’s first dip in the Android One pool, and this year it’s making a splash with not one but two Mi A2 devices. While the Xiaomi Mi A2 Lite makes some familiar concessions to its lower price point like a slower processor and less exciting top memory configuration, it also packs a 25 percent larger battery than the Mi A2 proper, making it more of a battery-lover’s option than the performance- and camera-focused Mi A2. It also has a headphone jack and microSD expansion, two things the Mi A2 lacks, so there’s more going on here than the usual Lite recipe change.

For any MIUI haters out there, this is a dream mid-range Xiaomi phone.

Note: We’re still waiting on Xiaomi Mi A2 Lite pictures: all photos here are of the Mi A2 standard. 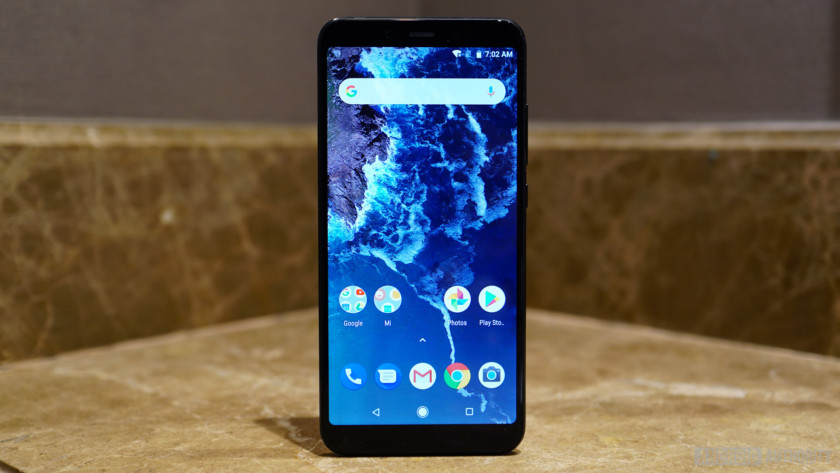 The Xiaomi Mi A2 display represents the first big difference from its predecessor. Where the Mi A1 screen came in at 5.5 inches, the Mi A2 packs a 5.99-inch IPS LCD into a footprint that’s only 3mm taller than the A1. That extra screen real estate is thanks to the switch to an 18:9 aspect ratio and smaller bezels all around.

Both Mi A2 versions do away with capacitive buttons and now use on-screen navigation keys. Depending on where you stand on soft keys, this will either be a long-overdue enhancement or a total travesty. If you’ve used Xiaomi phones before, you’ll likely find it a little jarring that the back button now lives on the left rather than the right. 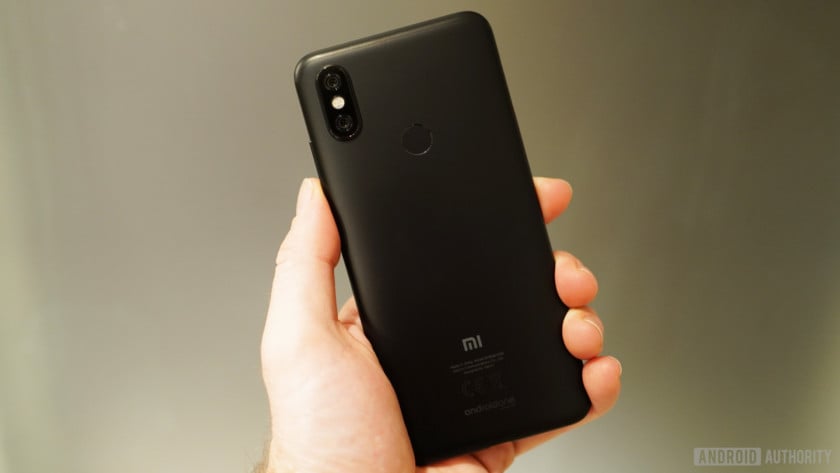 Lovers of Xiaomi design will find much in the Mi A2 to like. Following in the footsteps of the design blueprint laid down by the Mi A1, there are precious few changes. The most notable is the re-orientation of the dual rear camera to a vertical layout and the migration of the flash to the center of the camera module.

Gorilla Glass 5 covers the displays, with a 2.5D edge that meets with the curved metal back plates. The phones have a soft touch feel that makes them grippier and less cold to the touch than some metal phones, and there’s a capacitive fingerprint scanner sitting on the back of both devices. With the software largely taken care of, the Mi A2 specs can really shine. Xiaomi’s love affair with the Snapdragon 625 continues in the Mi A2 Lite, but the Mi A2 steps up to the 600 series. An octa-core Snapdragon 660 (clocked at 2.2GHz) with Adreno 512 GPU will be very welcome news to fans of high-performance mid-range gaming, while the battery-sipping 625 should help drag the Mi A2 Lite’s battery life out considerably. The Mi A2 Lite supports dual-SIM with a separate microSD card slot but the Mi A2 only has room for two nano-SIM cards. While the Mi A2 does have a higher memory configuration than the Lite, its base model and mid-spec option would still benefit from the addition of microSD expansion. The reasoning for this is likely that the Mi A2 is based on the microSD-less Mi 6x in China and the Mi A2 Lite is based off the Redmi 6 Pro, which does include microSD expansion.

The Mi A2 and Mi A2 Lite support Bluetooth 5.0, have an IR blaster (you’ll have to download a compatible app though) and mono bottom-firing speaker. Sadly, the Mi A2 lacks a 3.5mm headphone port but the Mi A2 Lite still has a headphone jack.

The Mi A2 packs a 3,000mAh battery with USB Type-C and support for USB 2.0. The Mi A2 Lite bumps that up to a 4,000mAh cell and switches to a micro-USB connection, but both support 5V/2A fast charging via the included brick. The camera is really where it’s at on the Mi A2. One of the most requested improvements to the original Mi A1 was in the camera department, and Xiaomi has thrown some serious numbers at it. A dual camera setup on the back pairs a 12MP f/1.75 lens with 1.25-micron pixels with a 20MP f/1.75 lens for better low light performance. The lenses share the same aperture, so this is made possible by pixel binning four one-micron pixels on the 20MP sensor into 2-micron Super Pixels. The resulting photo is then upscaled back to a 20MP image.

Some fans might miss the wide/tele combo of the Mi A1, but better low light photography is arguably the better choice. While the Mi A2 will switch between the camera lenses automatically in portrait mode, you can switch between them manually in the custom camera app. To do this, just swipe over to manual mode and toggle between lenses on the far right-hand side. Easy enough, to be sure, but obscure enough that a lot of people will be none the wiser and always shoot with the 12MP sensor instead. 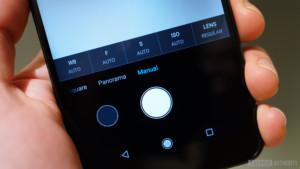 The front-facing camera on the Mi A2 delivers the same Sony IMX376 sensor at 20MP with f/2.2 aperture and support for HDR and Super Pixels for low light scenarios. There’s a “daylight” quality 4500K selfie-light and there’s portrait and AI beauty modes to play around with. Video stabilization is supported, time-lapse and slow-motion modes are included, and the shortcut via a double press of the power button quickly launches the camera. The front-facing camera shoots video at 1080p and the main camera at up to 4K (with stabilization).

The Mi A2 Lite drops things down a little. The dual camera setup pairs a 12MP and 5MP sensor, with a 5MP front-facing camera with f/2.0 aperture. If you’re all about photography then you’re going to have to spring for the Mi A2, but if battery life is your gold standard then the Mi A2 Lite will likely serve you better. The Mi A1 was in the top 10 best selling smartphones globally in February 2018, five months after release, so it’s fair to say the lack of MIUI isn’t holding the A series back.

As with all Android One devices, there’s nothing much to see here. Just pure, unadulterated Android 8.1 Oreo with a grand total of four Xiaomi apps: Feedback, Mi Drop, the camera app and a more fully featured File Manager than the Files app from Google.

While some people might not like the sameness of Android One devices on the software front, preferring the additional features of MIUI, for many, faster updates and security patch support will win out. The Mi A1 was in the top 10 best selling smartphones globally in February 2018, says Xiaomi, five months after release, so it’s fair to say the lack of MIUI isn’t holding the A series back. Xiaomi assures me the Mi A2 and A2 Lite will be updated to Android P as soon as it is available for 600 series chipsets. There’s something slightly odd but undeniably reassuring about stock Android on a Xiaomi device. It lets any software concerns vanish into the background with the knowledge that Google has things under control, allowing Xiaomi’s excellent hardware to shine. We’ll bring you more on the performance of these new devices in the full Xiaomi Mi A2 review. Naturally, Google Play, Google Play Protect, Google Assistant, Google Lens and Project Treble are all part of the package here. 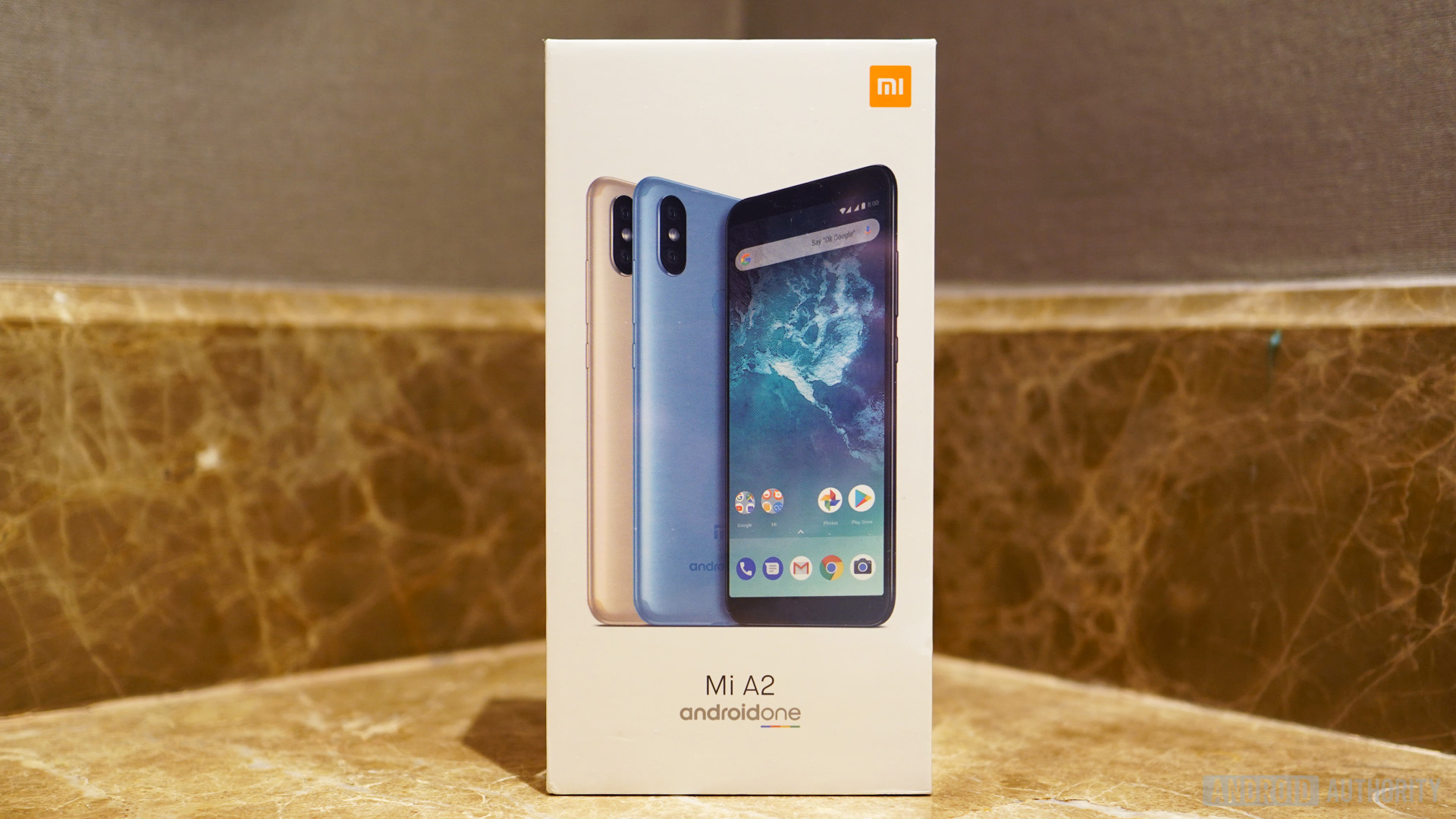 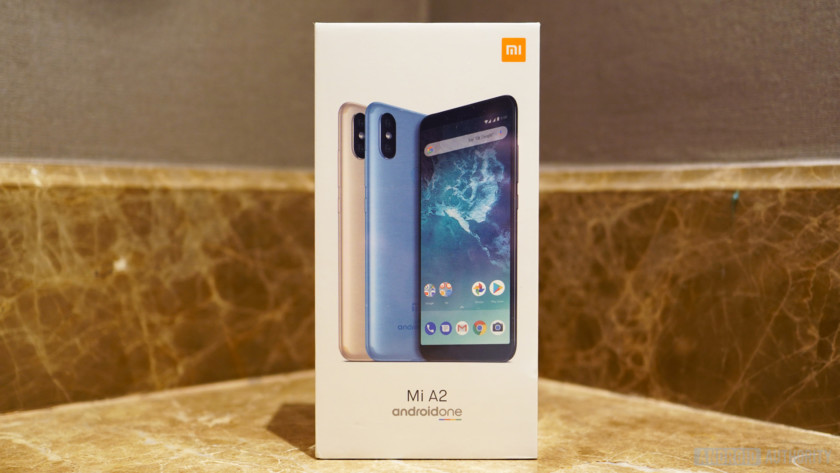 Given Xiaomi’s permanent commitment to a five percent profit margin, prices like these are admirable and (seemingly) sustainable. Bringing the reliability and security of a stock Android experience to the mid- and lower mid-range is commendable and Xiaomi looks to have done it again. We’ll put the Mi A2 through its full paces, and through our custom battery of Android Authority tests, in the weeks to come. Stay tuned for the full Xiaomi Mi A2 review for more.

Read more from News
← We asked Bill Nye about his plan to save Earth from civilization-ending asteroids
Acer Chromebook Tab 10 review: The start of something beautiful →