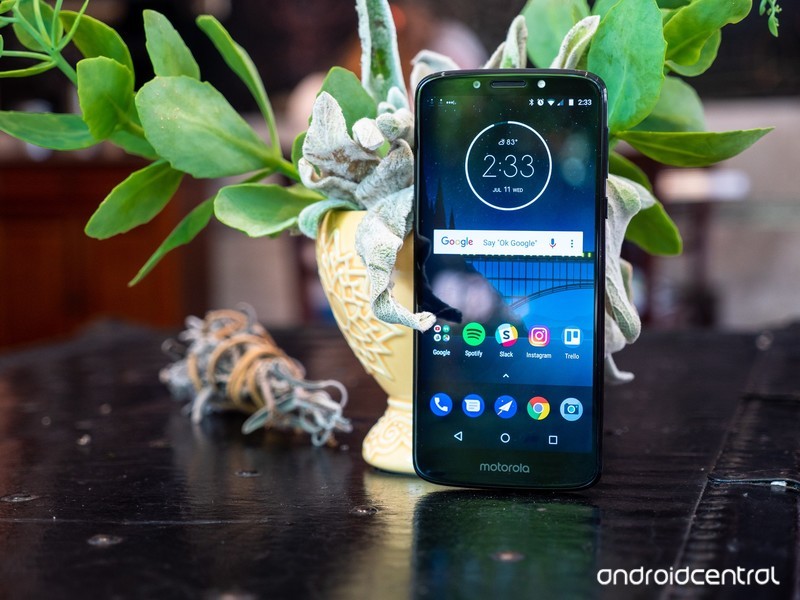 The Moto G no longer sits in a vacuum, but the G6 Play is still a great option for just $200.

There’s no name more recognizable in the budget smartphone category than “Moto G.” Since its launch, the Moto G series has consistently been Motorola’s best-selling product line, taking people aback with great performance at a low price.

When Motorola launched the Moto G4 a couple of years ago, it segmented the series into three sub-brands; the standard Moto G4, the battery-focused Moto G4 Play, and the more powerful Moto G4 Plus. The names stuck, and a few generations later, we now have the Moto G6 Play — an inexpensive offering with a modernized design and an enormous battery. 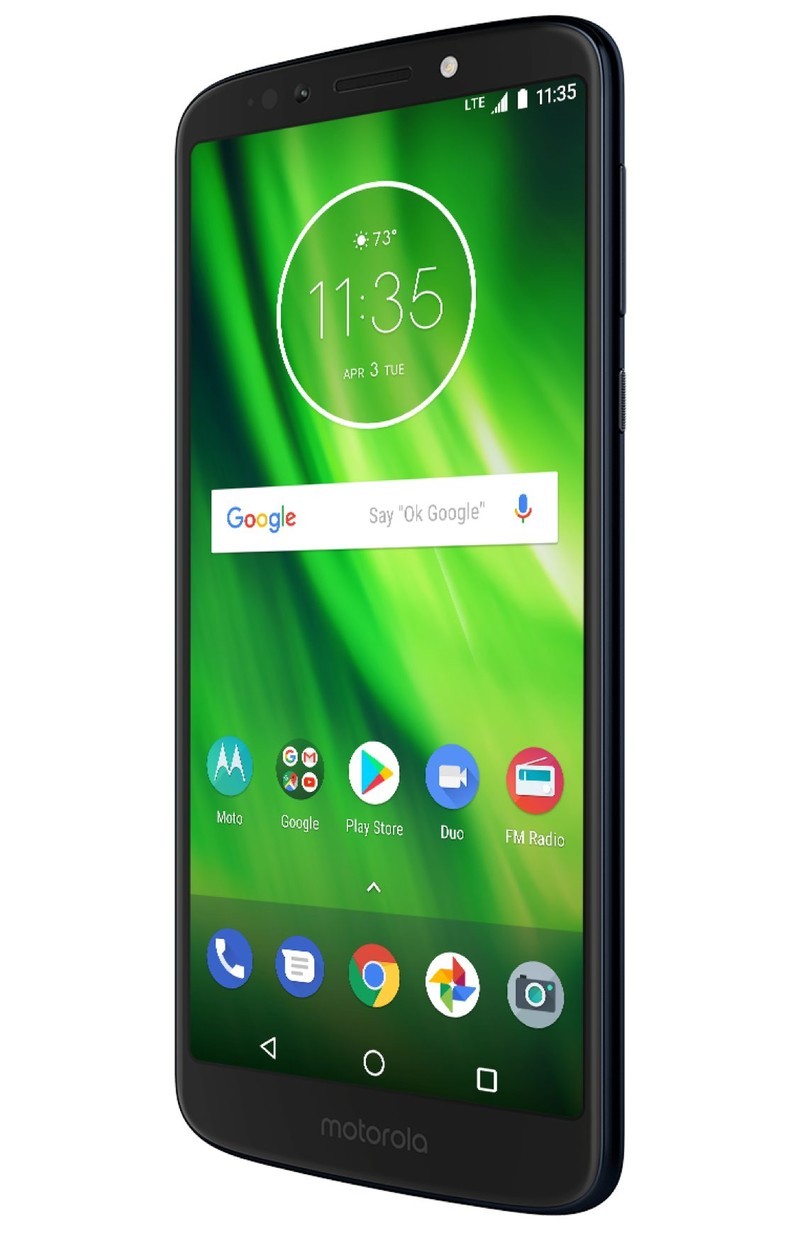 Just because the Moto G6 Play is inexpensive, doesn’t mean it has to feel cheap. On the contrary, this is a terrifically well-built phone, with a rounded plastic backing that you’d be forgiven for mistaking for glass. There’s a fingerprint sensor integrated into the Motorola logo on the back, with a matte texture and a slight indentation that makes it easy to find with your finger.

Around the front, there’s a first for the Moto G line — a 5.7-inch 18:9 display, with relatively small bezels above and below. The display isn’t the sharpest at only 720p, nor will the saturation or brightness wow you by any stretch, but I’m just happy to see a budget Motorola phone without enormous bezels for once.

That 720p resolution also plays a role in the phenomenal battery life that gives the G6 Play its namesake. With so few pixels to power compared to the 1080p and Quad HD panels out there, Motorola could’ve squeezed good endurance out of even a 2000mAh battery — though of course, they didn’t do that, instead packing a battery twice as large at 4000mAh. Combine that with the power-efficient Snapdragon 427 processor, and it’s no wonder this phone is able to eke out as much as three days of casual use — even with more involved workloads, two days is achievable.

The Moto G6 Play isn’t the thinnest phone in the world, but it isn’t too thick either, at about 9mm. Still, you might find yourself a bit annoyed at the slightly thicker camera housing that prevents the phone from laying flat on a table — at least, without the included soft-shell case that makes it all a consistent thickness.

Looking around the edges of the phone, you’ll notice that there’s no speaker grill to be found — instead, Motorola relies entirely on the G6 Play’s earpiece speaker. It’s far from the cleanest-sounding speaker I’ve used, but it gets plenty loud for notifications and simple media playback. Continuing around the edges, there’s a pleasingly tactile set of volume and power buttons along the righthand side, a headphone jack up top, and a Micro-USB port, because … cost savings.

Motorola may not offer any kind of IP certification on the Moto G6 Play (or any of its higher-end phones either, for that matter), but it protects the phone with a water-repellent nano-coating, both inside and out. You definitely shouldn’t try your hand at underwater photography with the Moto G6 Play, but an accidental spill or a phone call in the rain shouldn’t do it much harm. 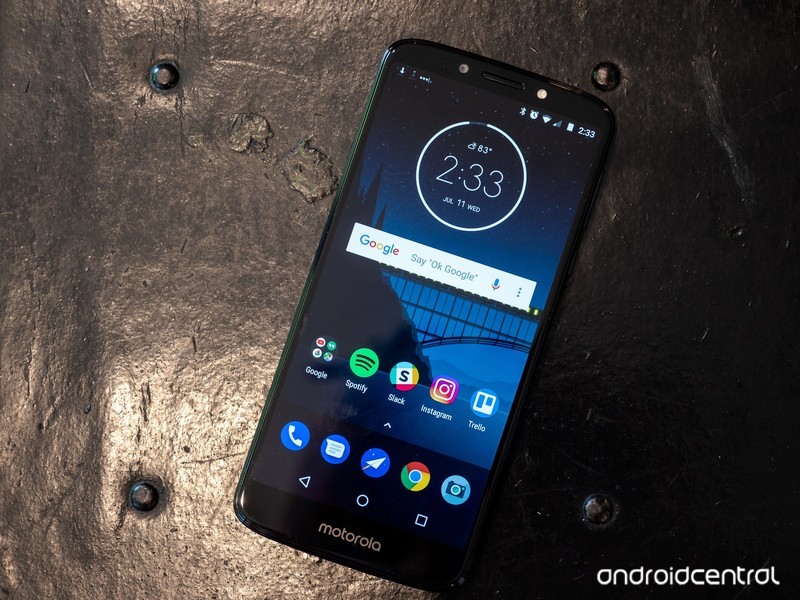 One of the most compelling parts of any Motorola phone is its clean, Pixel-like software experience. It’s still not technically stock Android, but it’s about as close as it gets, with only a few tweaks made that actually improve the experience.

Flipping through the home screens and app drawer, you’ll notice just how barebones Motorola’s software enhancements are. The Google Now feed still sits to the left of the home screen, and the only non-stock apps you’ll come across (aside from Amazon software — we’ll get to that in a sec) are Moto and Device Help. The former holds a collection of useful gestures and customizations to Moto Display, which I’ve found to be the best implementation of the always-on display around.

The customizable Moto Actions are the same ones found on most other Motorola phones. You can double-twist the phone in your wrist to launch the camera, double-chop to toggle the flashlight, flip the phone face-down on a table to enable Do Not Disturb mode, or use on-screen gestures to take screenshots or enable one-handed mode. Unfortunately, you don’t get the option for one-handed navigation, as found on the Moto Z3 Play, but I’m glad to still see such useful and simple gestures on a $200 phone. 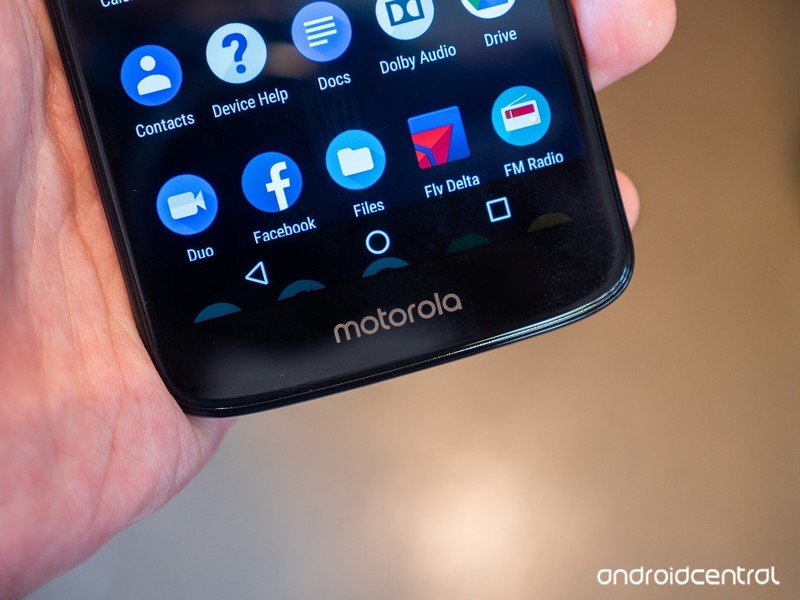 Speaking of price, you can actually save $10 and get free shipping if you buy the Moto G6 Play through Amazon’s Prime Exclusive program. This isn’t the nightmarish experience it used to be, with lock screen ads galore — instead, the phone just comes with a handful of Amazon apps pre-installed, all of which you can either uninstall or disable. Not a bad deal to shave a bit more off the cost of this already-affordable phone.

As far as performance goes, the G6 Play won’t turn any heads, but it shouldn’t disappoint you, either. It’s not as fast as the similarly priced Honor 7X, but the Snapdragon 427 handles most tasks pretty well, launching apps quickly and rarely showing signs of stutter when scrolling. You can even get away with running a windowed YouTube video while doing something else, but that does yield noticeably slower performance. 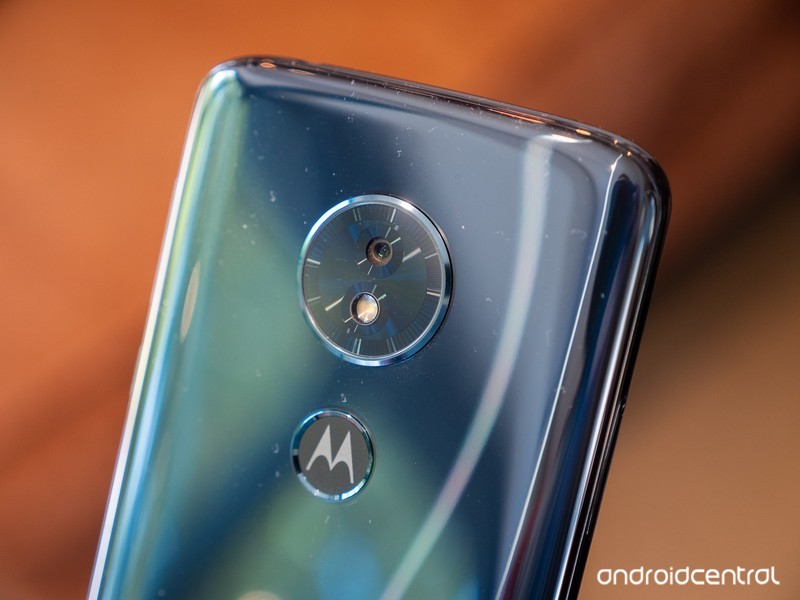 On the topic of slow performance, the camera is easily the slowest part of using the Moto G6 Play. Launching Motorola’s camera app (which I actually quite enjoy, largely thanks to excellent control scheme in pro mode that’s reminiscent of Nokia’s camera app on Windows Phone), you’re immediately greeted with a laggy viewfinder.

Once you begin taking photos, you’ll notice a few more things; while tapping to adjust focus and exposure is nice, the camera is very slow to do so, often pulsing as it hunts for focus. It’s also just not a great camera — it’s low on detail, even before zooming into your shot to pixel-peep, and dynamic range is pretty terrible, with outdoor shots either completely blowing out the sky or wildly underexposing the subject.

In fairness, this is all fairly standard fare on a $200 phone, and the Moto G6 Play is far from the worst camera I’ve used in this price range. It still produces decent colors, and you can get an impressive amount of background blur — just don’t expect too much from it, especially in low light situations. 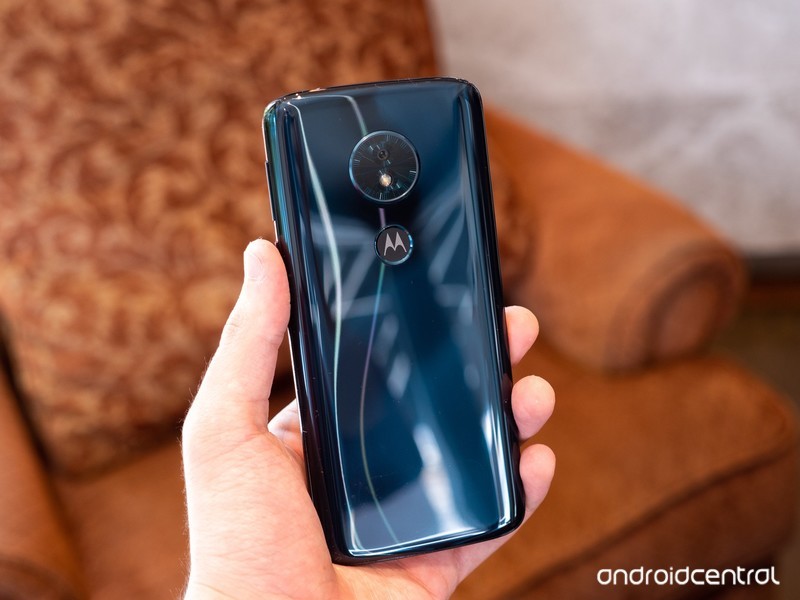 Moto G6 Play Should you buy it?

If you can swing the extra $50, you should definitely get the proper Moto G6 instead of the G6 Play; you’ll get a faster processor, a much better camera, a better screen, and USB-C. That all adds up to a significantly better overall package, but make no mistake: the Moto G6 Play is still a great value, even without the extras.

The Moto G isn’t the only good budget choice anymore, though. For the same $200, you can pick up the Honor 7X, which features better build quality, faster performance, and an impressive pair of rear cameras. Honor’s EMUI software is a point of contention for some, but in most other ways the 7X is the more compelling option.

Still, the Moto G6 Play stands uncontested in battery life, and the ultra-clean Android software is a nice bonus. If you’re working with $200, go ahead and pull the trigger on the G6 Play — you won’t be disappointed.