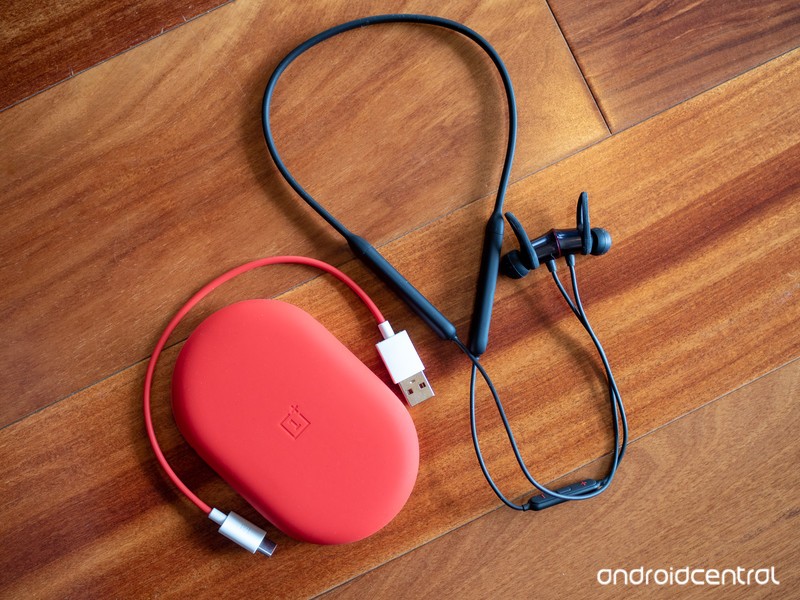 Leave it to OnePlus to make simply great Bluetooth earbuds you can use with any phone.

We’re well past the point of no return when it comes to removing headphone jacks from smartphones. High-end phones, in particular, have dropped the headphone jack as quickly as companies could get enough consumer research to show that it wouldn’t materially affect buying decisions. This has boosted an already-strong market for Bluetooth headphones of all shapes and sizes, as USB-C audio just hasn’t taken off and people would rather go wireless than deal with a bunch of dongles.

Most of the big smartphone makers also have a line of audio products, and you can buy Bluetooth headphones from dozens of known — and hundreds of unknown — companies. They run the gambit from cheap $20 pairs up to $300 and beyond for over-ear noise-cancelling cans. But leave it to OnePlus, which continues to include a headphone jack on its phones, to make a pair of sensible mid-range headphones — the Bullets Wireless, which go for just $69. 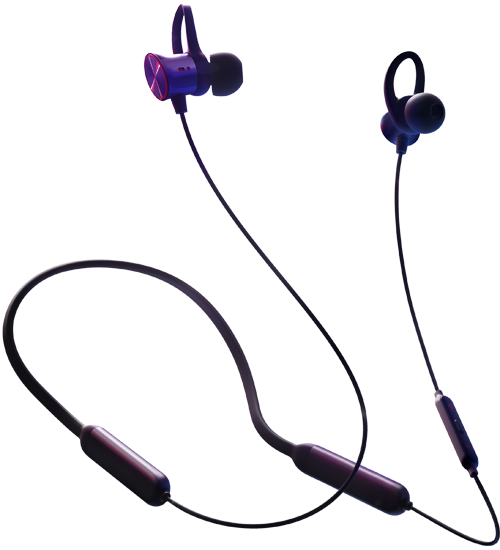 Bottom line: For just $69, which is only a little more than you’ll spend on a solid pair of wired earbuds, the Bullets Wireless are a great pair of Bluetooth headphones that work well with any phone and provide great value without trying to woo you with advanced features and tricks. 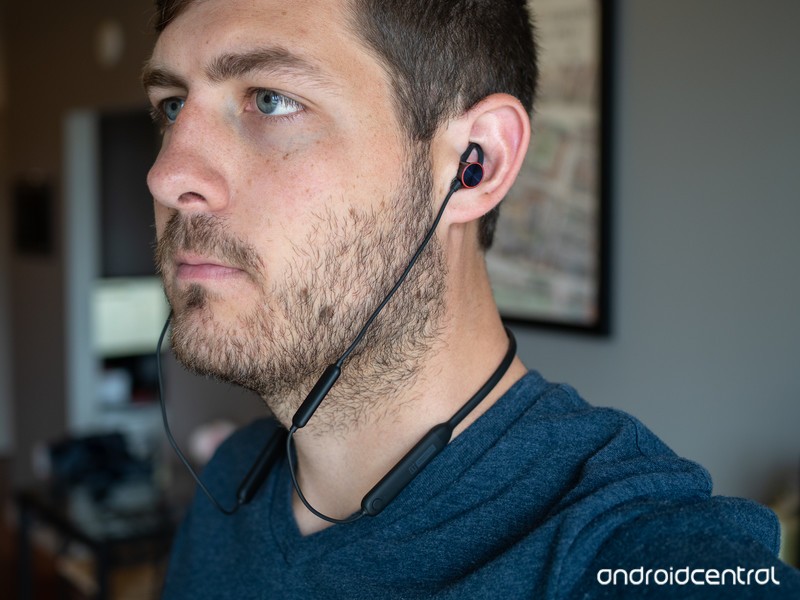 Bluetooth earbuds for all

If you’ve had a OnePlus phone or any of its accessories like chargers or wired headphones, you know what you’re getting into when it comes to the Bullets Wireless. These are simple and well-made from end to end, with quality higher than the price would suggest — from a hardware perspective, I wouldn’t balk if OnePlus had set the price at $89.

Dead-simple design focuses on comfort and ease of use.

OnePlus went with a modified neckbud design in that the Bullets Wireless don’t have a hard or fixed neck ring. It’s easily flexible, meaning it can expand and contract to fit around a large or small neck, or even around the collar of your jacket. It’s also very light, and the soft touch rubberized coating doesn’t get hung up on clothing or hair. The earbud cords don’t retract like some neckbud models from LG, but they’re long enough that your ears are never supporting the weight of the neck portion of the headphones — at the same time, they aren’t long enough to swing around and be annoying. As a result, the Bullets Wireless are very comfortable to wear.

The earbuds themselves are rather basic — they have a standard design to go in your ear, and they’re left/right ergonomic with a curve to better fit. There’s also a rubberized loop portion designed to help keep the earbud positioned in your ear and not yank out, but this is entirely removable if you don’t feel like you need the extra in-ear security. You get three sets of tips and loops, and once you go through the familiar guess-and-check method of finding the right combination, they feel fine. The fact that the earbuds are super small and light means there aren’t any bad pressure points, at least in my ears, but the earbud tips aren’t anything special — just generic rubberized material, and the only part of the experience that feels a bit on the cheap side.

OnePlus talks about some sort of “Energy Tube” for better sound, and I can’t really speak to the physics of all that. But I can say the earbuds sound really good. I didn’t experience any distortion problems with high volume or lots of bass. It’s clear to me that the 9.2 mm drivers are more capable than the quality of music you’re going to be sending them over a Bluetooth connection, though the aptX audio tries to give you as much wireless quality as possible. Oh, and that connection was always solid — I didn’t experience any unexpected cutouts or dropped connections.

There’s a regular in-line remote on the left earbud wire with dedicated volume up/down buttons and a play/pause button. You can do a press-and-hold on the center button to invoke Google Assistant (just like any other headphones), or do a quick double-press to skip tracks. After using touch-controlled earbuds recently, it’s so refreshing to be able to just reach up and press a button, without a second thought, to change the volume or pause.

And if you don’t want to even do that much, you can simply pull the earbuds out and snap them together. Soon as they get close, magnets in the back of the earbuds pull them together — that pauses your music and disconnects the earbuds. Separate them again, and they’ll re-connect to the last device you were using. There’s a power/pairing button along the left side of the neck, but it’s almost never necessary since the earbuds are always on and ready to go when you disconnect their magnets.

OnePlus quotes 8 hours of battery life for audio or 10.5 hours for calls, which matches my observations. That’s probably fine for most people in real-world use but will seem low if you’re used to larger neckbuds or over-ear headphones that offer 15 to 25 hours of listening. Unless you’re a heavy user you’ll probably be recharging these things every couple days, and it’s a painless experience because they use USB-C — you get a short cable in the box, but you can use any one you can get your hands on. And with just a 10 minute charge, the tiny batteries inside give you up to 5 hours of battery life again — easily assuaging your battery anxiety. 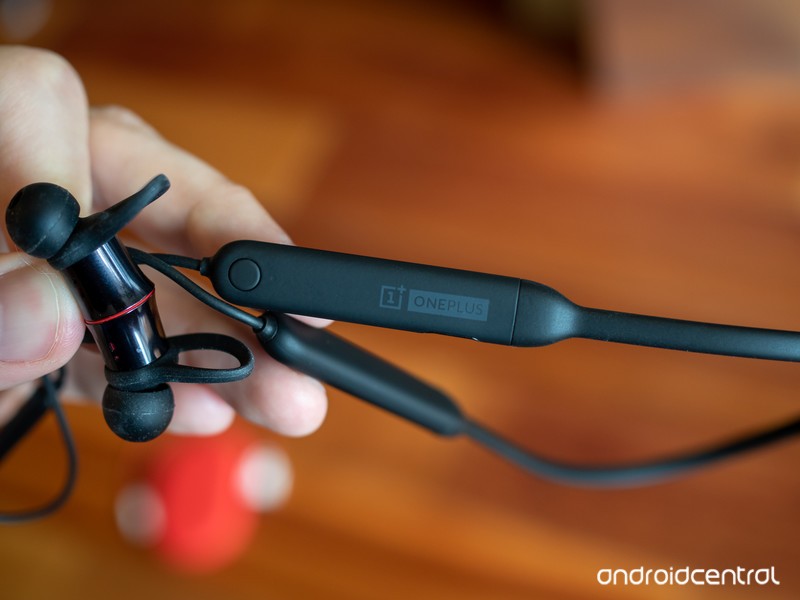 As a slight counterpoint to all of that simple design discussion, one could argue that people often use headphones as a fashion statement or an extension of their personal style, and the Bullets Wireless do basically nothing in this respect. They’re simple and all black save for a small red ring around the earbud. You could mistake these for any other generic pair of Bluetooth headphones you bought on Amazon for $25 from a random company you’ve never heard of. OnePlus interestingly didn’t even put its logo on the typical spot of the earbud endcaps, only putting a light grey printed logo on the left side of the neckbud and an embossed logo on the carrying case.

The design isn’t particularly unique or eye-catching, and that case sure is dopey looking.

The included silicone carrying case definitely stands out, being bright red and all, but the case is otherwise a little funky to me. It’s a good way to wrap up the earbuds and the included charging cable when you won’t be using them for a while and want to keep them safe in a bag, but it’s too big to be a daily-carry case and provides no other function. There’s no separate pouch for replacement earbud tips or loops, and the case lid simply closes with one magnet rather than some sort of seal or zipper — so it doesn’t keep dust or water out.

I shouldn’t be entirely surprised considering this is OnePlus we’re talking about here, but I’m slightly upset that the Bullets Wireless aren’t properly waterproof. Like the OnePlus 6 they’re merely splash-resistant, which means you’ll have no issues sweating all over them but you shouldn’t ever submerge them in water. While you somewhat understand not having an IP67 rating on a phone that has lots of components, it seems like a relatively trivial manner to get a real waterproof rating on something as simple as a pair of headphones. Not because I want to swim with my Bullets Wireless, but because I never want to have to worry about getting them too wet.

OnePlus touts the ability of the Bullets Wireless to auto-pair with modern OnePlus phones, which is neat, but that functionality unfortunately doesn’t extend to any other phone. It would’ve been great if OnePlus simply went with Google’s “Fast Pair” pairing system that’s compatible with almost all modern Android phones, and accomplishes the same goal. Aside from this restriction there’s nothing else proprietary about the Bullets Wireless, and they’re a great to use with any phone — why not keep the whole thing open? A small negative mark on what’s otherwise a great no-nonsense experience. 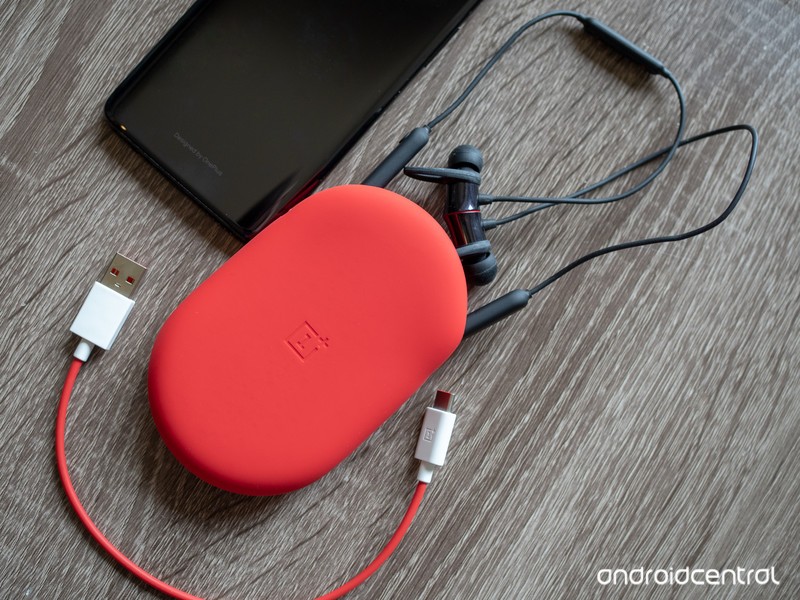 For me, reviewing the Bullets Wireless is an interesting juxtaposition to the review of the Google Pixel Buds I just finished. At $69, the Bullets Wireless are less than half the price of the Pixel Buds, and in dropping the price have stripped away the “advanced” part of the equation — there are normal physical controls, a regular charging system, no fancy headline-grabbing features or any extra nonsense. But actually, that’s a good thing.

With the Bullets Wireless, every dollar you spend goes toward the things you actually care about with a pair of Bluetooth headphones: quality sound, simple design, good comfort and basic features executed properly. Sure the carrying case is a little dopey and they’re just splash-resistant, but those are small negatives compared to all of the advantages they have over both the super-cheap and high-end competition.

For just $69, which is only a little more than you’ll spend on a solid pair of wired earbuds, the Bullets Wireless are a great pair of Bluetooth headphones that work well with any phone and provide great value without trying to woo you with advanced features and tricks.

Update July 2018: After a brief hiatus, the OnePlus Bullets Wireless headphones are back on sale directly from OnePlus.

Read more from News
← Netflix adds ‘Smart Downloads’ to delete watched videos, then download the next
Samsung Chromebook Plus (V2) review: Everything you need →