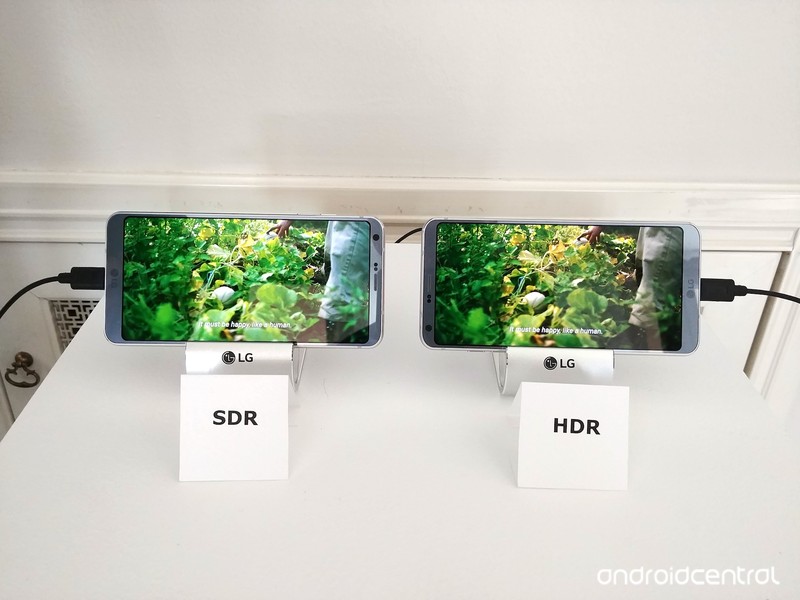 HEIF photos and native HDR playback will make Android P look as good as it runs.

Android P isn’t just about features that might change how you use your phone; there are also a couple of new additions that will change how you see things while you’re using it.

These two additions will be hardware-dependent, but we’re pretty sure a flagship phone from all the Android partners will support them. They can have a major impact on your media creation and consumption, so let’s take a look at exactly what they are and what that means. 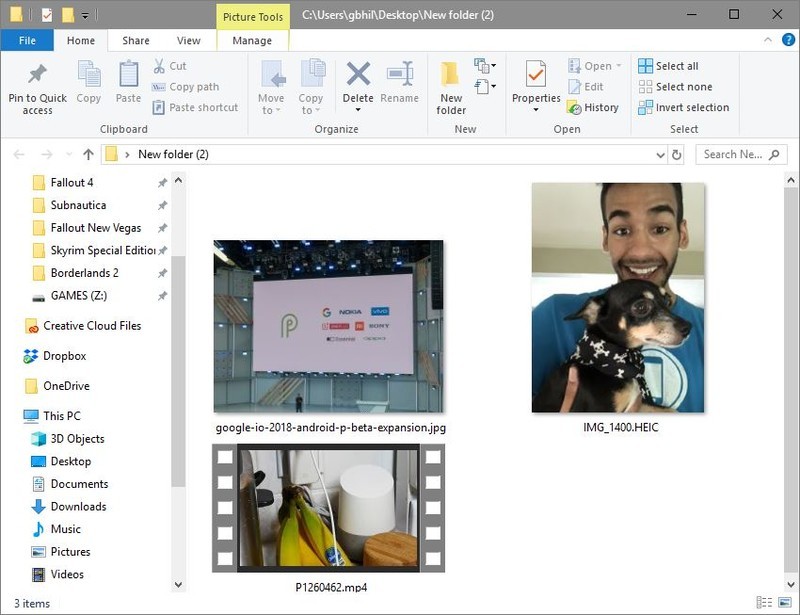 You might have noticed that some file types, like bitmaps (a .bmp file) are a lot bigger than other file types, like .jpg files. That’s because of compression. You can compress almost any file at least once. An algorithm searches through the file’s data and does things like erase duplicate data, lower color depth, and use rounding to make very similarly colored pixels the same color. This can take a very large file, like a 50MB .TIFF file and compress it down to a much smaller 2MB .jpg file — and our eyes see very little difference if it’s done correctly.

The photos from your Android phone should look the same but the files will be a lot smaller.

There are two important reasons that this works. First, our eyes can see millions and millions of colors, but we can’t actually tell that some reds are different than others (for example). Second is that the display we are using to see the images can’t render all of the data, and files can be cut back to 16 million colors at best quality, and 8 colors at the absolute worst. Your phone doesn’t have an 8-color display, no matter who made it, and some phones have a 24-bit (known as True color and capable of displaying 16 million colors) display. Chances are the camera on your phone will save images as 16- or 24-bit .jpg files and you won’t know that some of the data has been stripped.

HEIF takes things a step further than JPEG does and can compress files to a smaller size with no loss of quality, but more importantly can also hold some extra data about the image itself. Apple adopted HEIF compression with iOS 11 and most people can’t tell any difference. That means it works as intended! Extra data that can be stored in a HEIF compressed file includes:

Android won’t be taking advantage of all of these features, at least in the beginning. We will benefit from the smaller file size and thumbnails, and it’s said that some burst-mode data will be saved in a HEIF file created by Android.

Android will support compressing images using the HEIC (High Efficiency Image Compression) format and viewing them. Your phone will need an ISP (Image Signal Processor) capable of “building” a HEIC file but every phone that gets Android P will be able to view them.

VP9 is an open and royalty-free video coding format developed by Google. If you use Chrome or Android, you already have seen VP9 video even if you didn’t know it! It’s a format that offers a good amount of compression without any substantial loss in quality and websites like YouTube and Google Play Movies stream using it to Android and Chrome.

HDR makes a notable difference in quality at any resolution.

With Android P, those VP9 streams will be natively supported to be shown using HDR (High Dynamic Range). You might not have ever seen an HDR display showing HDR content. It’s not really new, but it is new enough that many of us don’t have HDR anything to watch Netflix or YouTube videos on. If you have seen HDR content on a good display, you know how cool it is. It’s a much bigger difference than HD 1080p to HD4K video was, especially on a big display.

You will need to have a display on your phone that can show HDR content, but we’ve seen those for a while, and phones like the LG V30 and its gorgeous 6-inch P-OLED screen will love having native HDR available to any developer who wants to use it.