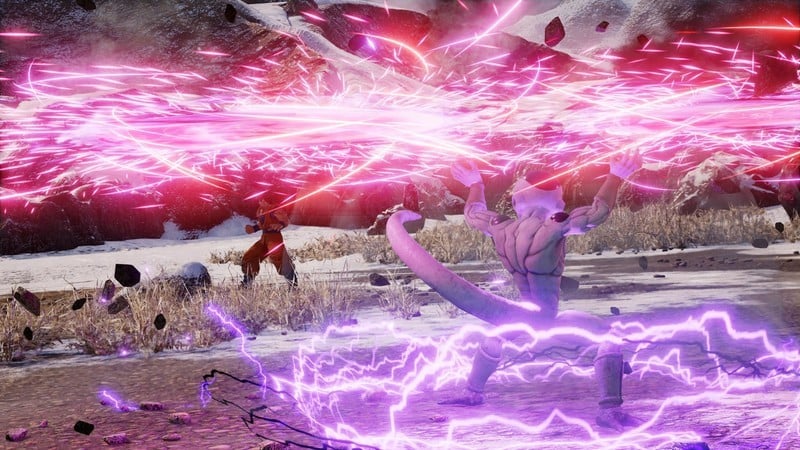 After dazzling with its trailer at E3 2018, this demo was sadly lacking.

Fans of Dragon Ball Z, Naruto, One Piece, and more delighted in the announcement from Bandai Namco at E3 2018 that a variety of characters from popular manga and anime would congregate in Jump Force for one massive fighting game. The trailer certainly looked impressive, with soaring scenes of our world littered with refuse from theirs, and six iconic characters duking it out amid the rubble.

Unfortunately, if you saw the demo, you saw almost as much of Jump Force from E3 2018 as I did when I went hands-on. The incredibly short demo only allowed me to play a single match (I went through the line twice) and with only two maps, six characters, and zero story to be seen, the whole affair felt like a shallow dive into a limited exhibition match of hype-inducing anime faces.

What is Jump Force?

Jump Force is a 3D, tag-team fighting game featuring characters from across popular Shonen Jump manga. The premise of the game is that the various manga worlds these characters hail from have somehow collided with our real world, and certain of their number want to use this to their advantage to subdue the human race. It’s up to heroes such as Goku, Naruto, and Luffy to stop them.

That’s all we know of the plot so far. Currently, confirmed characters are:

We also know that Light and Ryuk from Death Note will appear in the game, but it has been confirmed that they won’t be playable. This means we’ll likely see more cameos of various characters who aren’t themselves playable.

How does it play? 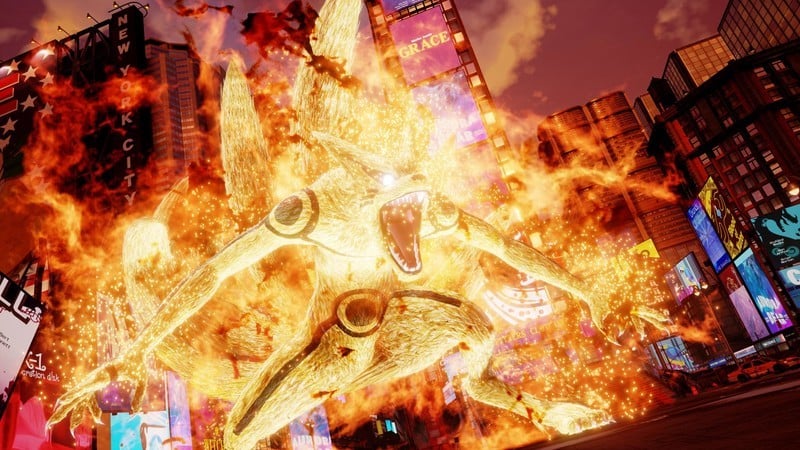 In my brief hands-on demo, I was able to select teams of three from the six playable characters listed above and fight in a 1v1 match against another tag team of three. As with other tag team fighters, you can swap out mid-match (though it does not extend your health pool as it might in other tag-team games) for a different set of moves or to finish an interesting combo.

As a bit of a novice to fighting games, it was tough for me to tell whether or not Jump Force was just set to the easiest mode possible or if it’s truly accessible to new players. The enemies were mostly polite enough to let me wail on them for a bit, which felt silly but also gave me the opportunity to try out different combos. It’s easy enough to chain together move after move from short and punchy physical attacks to more aggressive grabs and throws. Each team has a special bar that fills, too, that can then be unleashed for a devastating finisher move (if it lands)–for example, Goku goes Super Saiyan and Naruto unleashes his Nine-tailed Fox. You can also call in your teammates to toss a supportive move in here and there without actually swapping to them.

Both maps I played on (one an open, grassy field with a spaceship crash-landed in the corner and the other the ruin of a city seen in the trailer) felt enormous for the kind of match we were playing, which made it easy to run around and catch my breath if things got a little too crazy. There were a few times where I felt like we were just senselessly running around, but the characters I tried had a few decent distance closing moves to help alleviate that, too.

How does it look? 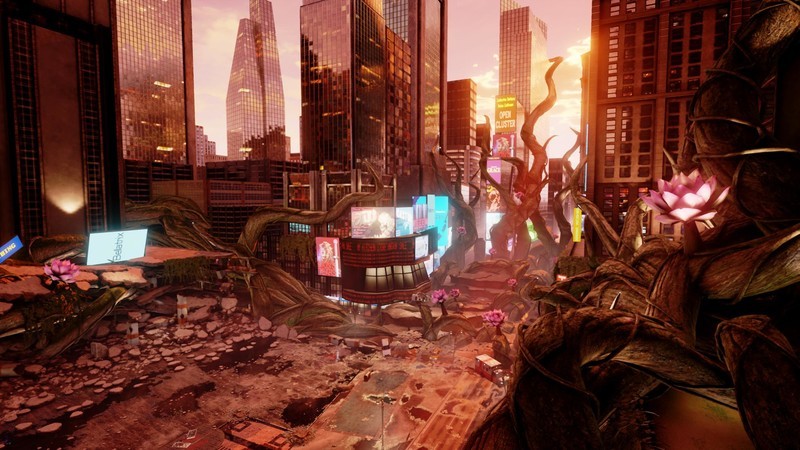 While I don’t feel there was enough meat to the demo to come down on whether or not it plays great, there’s no denying that Jump Force is pretty. The characters all have lovely, detailed 3D models that form an interesting bridge between the manga designs we know and a more realistic design in keeping with the game’s story. Naruto is a bit taller and more filled out, and Freiza, though still very alien, has a certain fleshiness to him that was interesting to see. The environments are vibrant, though the grassy field I fought in was a little sparse if you weren’t looking at the crashed space craft. There’s plenty more room for exciting design here, and of course one of the game’s highlights will be seeing new characters and how they translate to the world of Jump Force. 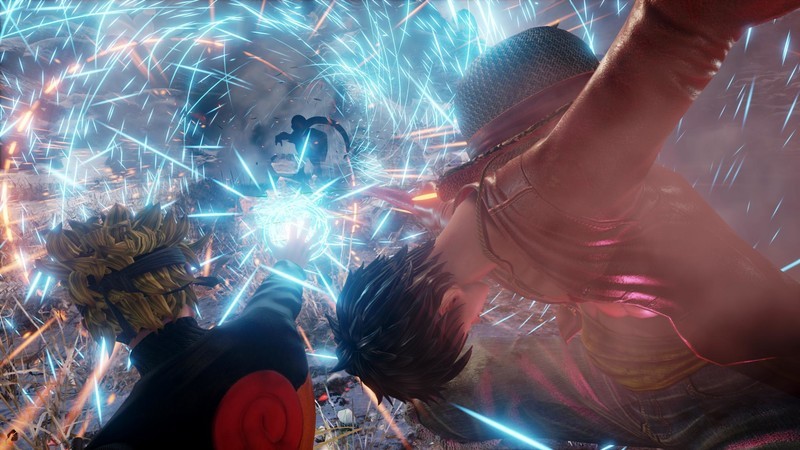 With more space and constant character swapping, I do feel that Jump Force doesn’t quite have the depth of, say, Dragon Ball FighterZ or other more technical fighting games. For the most part, I think that’s okay. With a solid tutorial and some good story matches to practice on, Jump Force could be a welcoming entry point in a genre Bandai Namco is famous for doing well. But to please both newcomers and fighting veterans alike, Spike Chunsoft and team will need to impress a bit more in trailers and demos in the future. If all I had seen was this demo, I’d think of Jump Force as “just another anime/manga fighting game.”

When can I join the fight?

I must know more!

Any questions about Jump Force? I’ll do my best to answer them if you toss them at me in the comments!