Firebase is a great service for any small developer who needs to have an online service at their disposal. It’s powered by Google and the company goes out of its way to help developers use it in their mobile apps. You can see by simply watching any Google I/O session video about Firebase that developer actually cheer when the service is mentioned.

Apparently, some of those developers have hit a snag when it comes to configuring the database they may be using to store your data. After scanning 2.7 million apps, security researchers at Appthority say more than 113GB of data is available through over 2,200 Firebase databases to anyone who knows the right URL. In total, there are over 100 million personal records exposed. 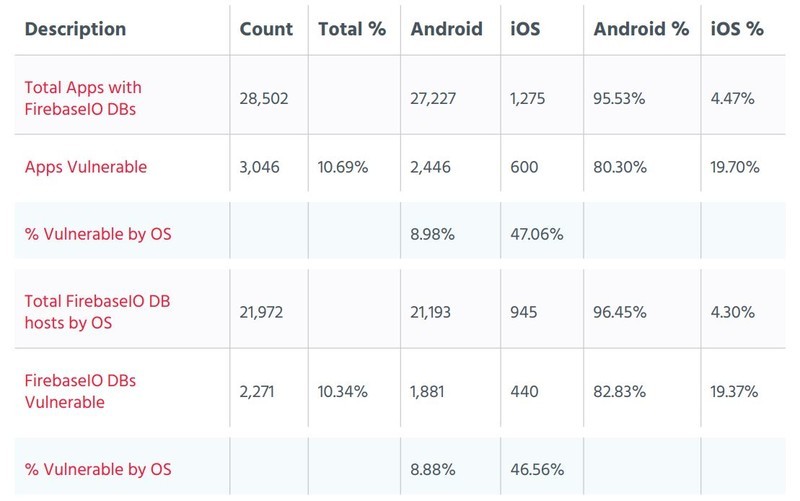 Researchers found 28,500 apps that used Firebase to connect and store user details, of which 3,046 stored their data inside a misconfigured Firebase database that was readable through the use of a JSON URL scheme. The majority of the apps that use Firebase are for Android, but 600 apps that exposed data are for iOS. The problem is platform-agnostic, and the apps in question aren’t the culprit here. It’s simply the database configuration on the backend.

Appthority informed Google about the database configuration and provided the list of affected apps before this report was published. We’ve reached out to see if Google has anything they would like to add and will update once it’s received.

Read more from News
← It sounds ridiculous, but these beaver bots are designed for disaster zones
Fourth of July sale: Take $300 off the HP Envy x360 2-in-1 convertible laptop →