One week after unveiling its new live streaming service “WatchTV,” AT&T has now begun rolling out the platform’s app on fourth-generation and fifth-generation Apple TV boxes, as well as on iOS [Direct Link] (via BestAppleTV). The service is a free add-on for anyone on AT&T’s new “Unlimited &More” and “Unlimited &More Premium” cellular plans, and is also available as a $15/month service for everyone else.

Like a few other live TV platforms, WatchTV includes just over 30 channels that you can stream live, including breaking news and film channels (but not sports). The service has 15,000 titles available to watch on demand, and subscribers to AT&T’s new &More Premium phone plan will be able to add one of several premium services for no extra charge: HBO, SHOWTIME, Cinemax, Starz, Amazon Music Unlimited, Pandora Premium, or VRV.

Channels coming soon after launch include:

Users can stream on up to two devices at the same time, but WatchTV does not have a cloud DVR feature or any local news stations. Other than tvOS and iOS, the app is out now on Android, Amazon Fire TV, and Google Chromecast. 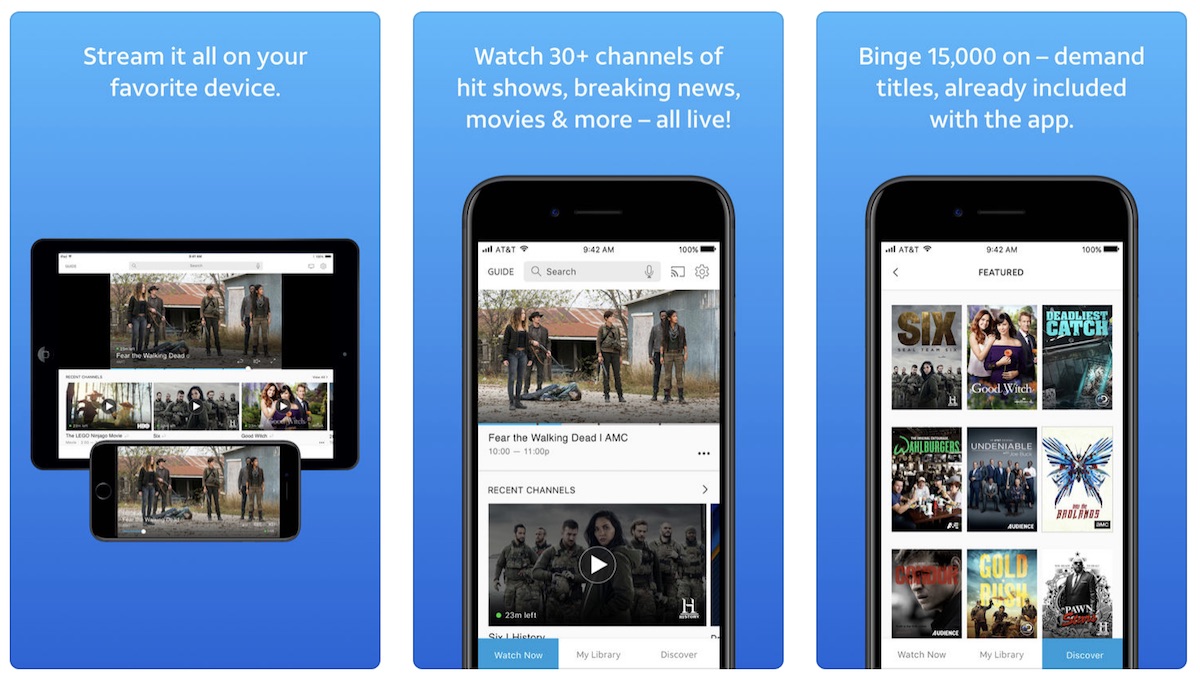 WatchTV is a direct result of AT&T’s acquisition of Time Warner, with many of the channels on the service falling under the Time Warner umbrella. This week, the company raised the price of of the “administrative fee” it charges customers, which was speculated as a move to offset the debt incurred by its $85.4 billion purchase of Time Warner, although AT&T denied that by stating the administrative fee price is “standard” across the wireless industry.

Tag: AT&T
Discuss this article in our forums

Read more from News
← Honda retires its amazing Asimo robot, but its technology will live on
Apple Expands Availability of Carrier Billing and Lane Guidance in Maps →