One of Amazon’s best e-readers, the Kindle Voyage, is $50 off today

Amazon’s Kindle Voyage e-reader is down to $149.99. We haven’t seen a deal on the Voyage since October, and we haven’t ever seen it discounted by as much as $50 like it is now. 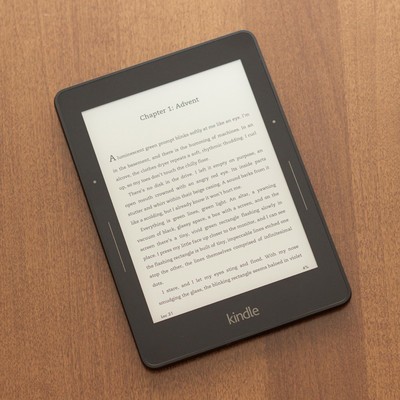 In the hierarchy of Kindles, the Voyage is near the top. Below the Oasis but above the Paperwhite. The Kindle Paperwhite is Amazon’s most popular e-reader and that thing’ll drop in price at the mention of its name. The Voyage, though, takes everything the Paperwhite does and does it a little better. It’s thinner, lighter, designed to automatically adjust brightness based on ambient light, and has a battery that will last you weeks. It also has physical buttons on the side. The original Kindle had that and it was fantastic, but now you have to pay a premium for a device like the Voyage or learn to swipe your screen like a pleb. Users give it 4.2 stars based on more than 13,000 reviews.

Get serious about reading if you’re getting serious with Voyage. Sign up for Kindle Unlimited and Amazon lets you read millions of books whenever you want.

Read more from News
← These are all the phones LG is releasing in 2018
What do you use the S Pen for? →