64GB is a lot of onboard storage, but sometimes you need a little more! 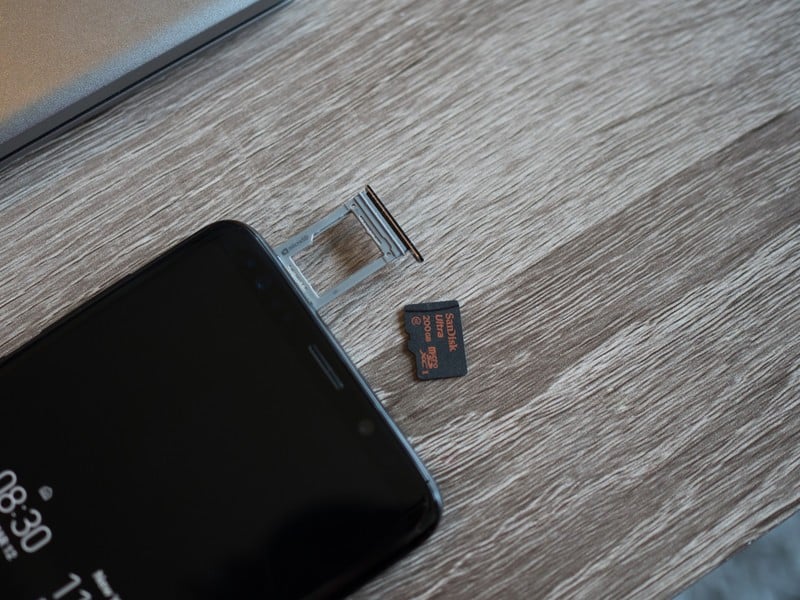 I know, I know. Onboard phone storage has grown a ton in the last few years, but I still prefer to have all my contacts, physical music, and app files on a microSD card. That way when I inevitably upgrade phones, I can have everything come along for the ride. If you’re upgrading to the Galaxy S9, then pick up one of these SD cards and broaden your storage horizons.

Let’s take a look at things in terms of performance and value.

These selections all have a U3 rating, which offers a minimum sequential write speed of 30MB/s. This way your Galaxy S9 can record 4K video to an external card.

Side note: Even if your S9 technically allows the new 960FPS slow-mo footage to be recorded to a card, I wouldn’t trust that much data throughput to the SD card. It just can’t handle it, captain! 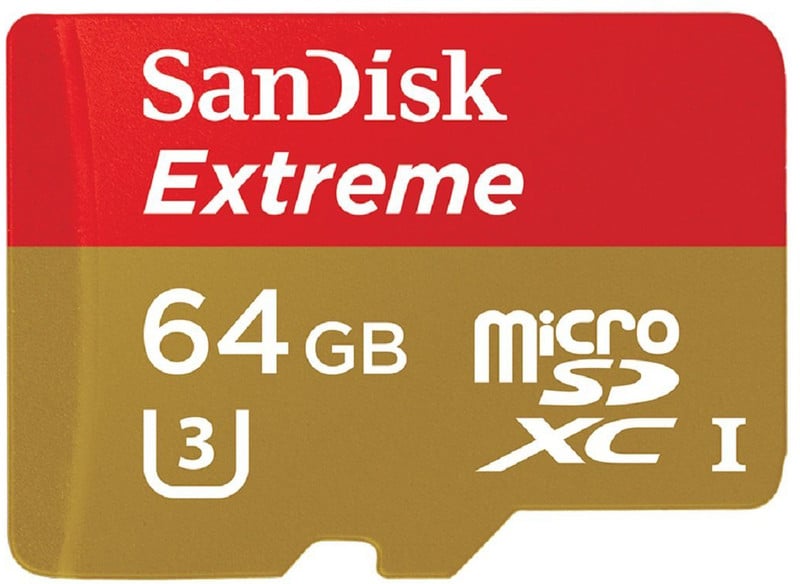 SanDisk’s microSD cards are just great. I’ve been using them for years and they’ve never failed me. The Extreme line boasts read speeds of up to 90MB/s and write speeds of up to 60MB/s, which is exactly what you want if you’re recording video directly to the card. As mentioned above, this one has the UHS-3 speed class rating and even comes with a lifetime warranty from SanDisk.

The best part is the price. A 64GB card starts around just $33. You could go down to 32GB for about $20, but why not double your storage? This card also happens to be the Wirecutter’s top pick for the best microSD card. 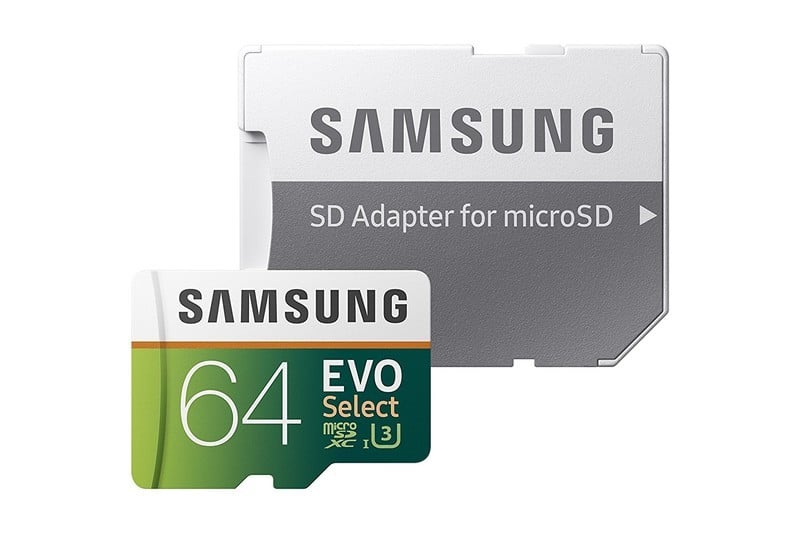 This is another card that’ll obviously double your Galaxy S9’s storage, and it features transfer speeds of up to 100MB/s. I’ve been using one of these in my phones since my Galaxy S5 and love it. This particular card even comes with a full-size adapter so you can easily transfer data between your phone and computer. 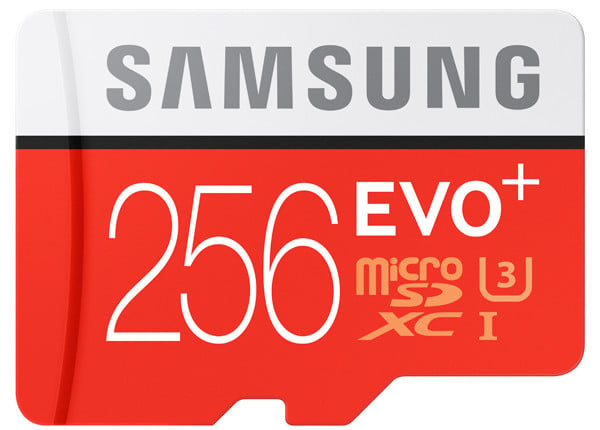 If you need a ton of space and performance, then Samsung’s EVO Plus line is one of the best around. You get read speeds of up to 100MB/s and write speeds of up to 90MB/s, and at roughly $90 for 256GB, it’s not a bad deal. These cards are water-resistant, heat- and cold-resistant, and awesome if you’re looking to record all the 4K video. You’ll also get the full-size adapter in this pack — perfect for offloading video and photos on the go.

If you simply want more bang for your buck and aren’t terribly concerned with recording 4K video directly to an external card, then consider these options and just try to fill up both your phone and the card. I dare you. 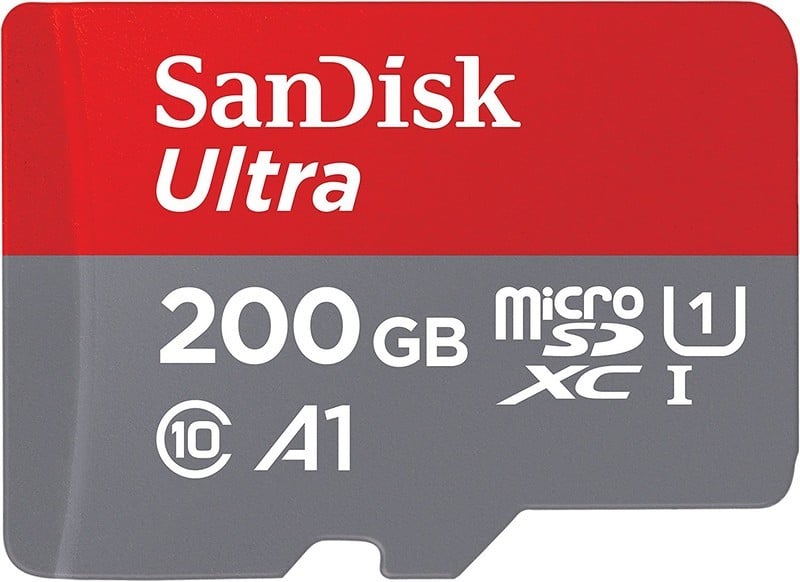 Boom, out of the gate, this 200GB microSD card is only about $60 on Amazon. That works out to only 35 cents per GB. You’ll still get read speeds of up to 100MB/s, but being a U1 rating, you won’t get write speeds that fast. This is still, however, a class 10, so full HD video shouldn’t be much of a problem. 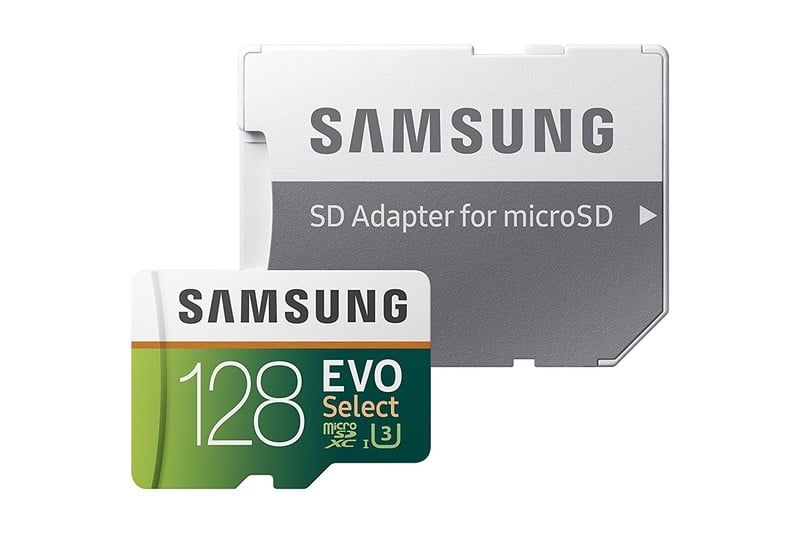 I mean, what can I say, prices are awesome at the time of this writing. The 128GB EVO Select from Samsung is only $40 right now on Amazon. That’s roughly 31 cents per GB. And with that you get a UHS 3 speed class rating, transfer speeds of up to 100MB/s and a whole whack of space that you’ll likely never use up. You get the full-size adapter and a 10-year limited warranty. As frugal as I am, I’d probably grab a couple of these just because SO MUCH SPACE. In terms of bang for your buck, a high performance, large storage card like this doesn’t get much better. 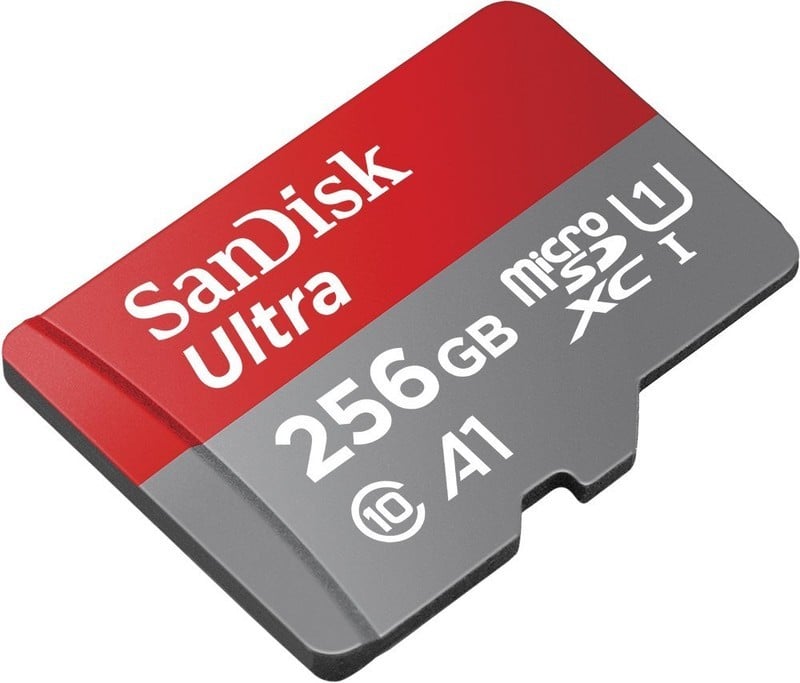 SanDisk’s 256GB Ultra card is about the same price as Samsung’s EVO Plus at about $90 (though the EVO Plus regularly retails for more), but that does come with some compromise in speed. You’ll get read speeds of up to 100MB/s, but write speeds will be slower, and you’re only getting a UHS 1 speed class rating here, so full HD video should be fine, but forget about writing 4K video directly to the card. That being said, you’ll have all the space you’ll probably need forever.

Do you have a favorite microSD card that you use with every phone you buy? Sound off in the comments below!

Updated June 2018: Updated pricing for each card. These are still the best microSD cards you can buy to expand your Galaxy S9’s storage.