Lately, I’ve reviewed, compared, and previewed a whole host of great smartphones at mid-range price points. My conclusion: you can get a heck of a lot these days without needing to pay those flagship prices. But what about when your budget’s even tighter than that?

From OPPO and partner Amazon India, the Realme 1 will only be available online and aims to deliver a great experience at a very modest price point: starting at 8,990 rupees (~$110) up to 13,990 rupees (~$207). That’s significantly cheaper than the initial rumor of 17,990 rupees that we heard, and makes its otherwise modest spec sheet even more impressive.

I’ve got my hands on a more expensive, 6GB Realme 1 review unit, so let’s find out whether a phone this affordable could do everything I need it to over the course of a standard day. Here’s our Realme 1 review!

What may catch the eye of passersby is the interesting polygonal effect on the back of the device.

Starting the day with the Realme 1 is nice enough. I tend to spend my first ten minutes of the day sitting up, reading blogs and checking emails, and the screen here is nice and bright with a decent resolution at 2,169 x 1,080, with a pixel density of 403ppi. It’s also plenty large at 6.0 inches, with an 18:9 aspect ratio. I really appreciate having that kind of real estate on a device this cheap. This is still an IPS LCD panel, rather than an OLED, and the screen feels a little cheap sometimes. I found my finger would drag when swiping, which wasn’t great. For my next port of call, I’ll usually make breakfast and a packed lunch while watching YouTube. This is a single speaker affair, but it’s loud enough and certainly better than a lot of the competition.

Then I’m off and out, first to drop my wife at work — with Google Maps doing just fine as my GPS and letting me know which traffic jams to avoid — and then to set up shop in a cafe somewhere to get a spot of work done. 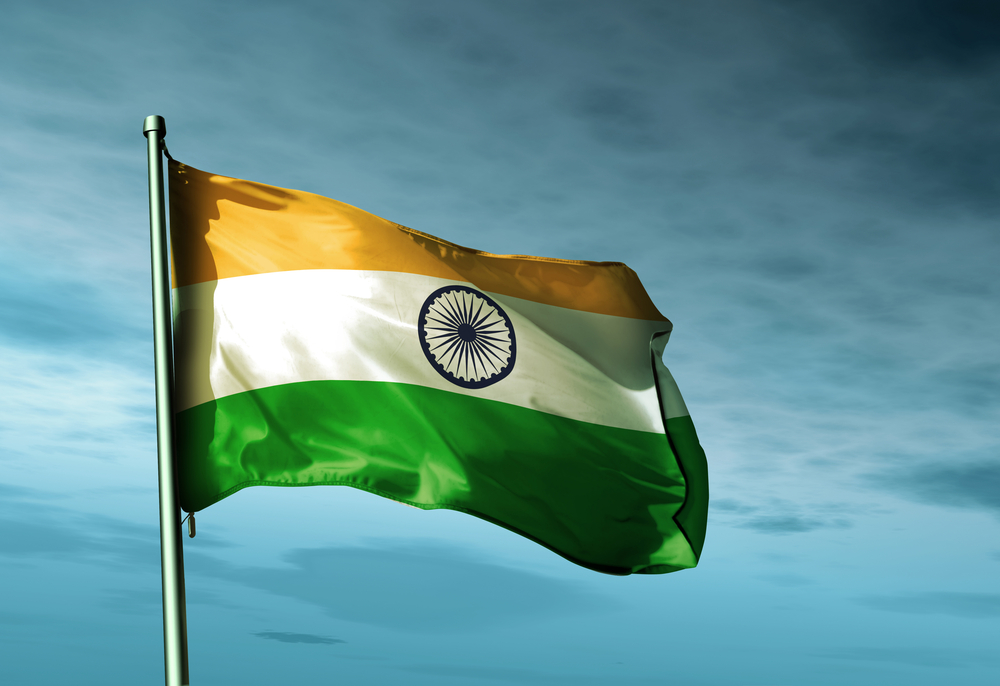 These are the 5 best Indian smartphone brands

Indian smartphone brands are losing ground to Chinese manufacturers in their home market — not a single one made the list of the five biggest players in Q3. Samsung is tied with Xiaomi for first …

What may catch the eye of passersby is the interesting polygonal effect on the back of the device. This subtle pattern is visible only when it catches the light the right way, but it gives the Realme 1 a bit of unique personality. It looks considerably more impressive in press photos than in reality, and to be honest you could achieve the same effect quite easily with a decal, but hey, it’s better than nothing. This is definitely preferable to the bland appearance of most budget phones. During use, the Realme 1’s price is most apparent in the build quality. This device feels pretty cheap and hollow due to the mostly plastic body. It’s incredibly light in the way that might lead to someone mistaking it for a toy phone at first. It also has a very by the numbers design on the front. As you’d probably expect, there’s no IP rating either. The phone doesn’t feel the most durable — I’d consider getting a case.

The buttons are a very mushy and plastic-feeling.

The buttons are a very mushy and plastic-feeling. They’re also arranged strangely; the volume rocker is split into two separate buttons (which is annoying) on the left, which to me feels like definitely the wrong side. This obviously isn’t a deal breaker for a lot of people, but takes some of the sheen off of using a new phone. 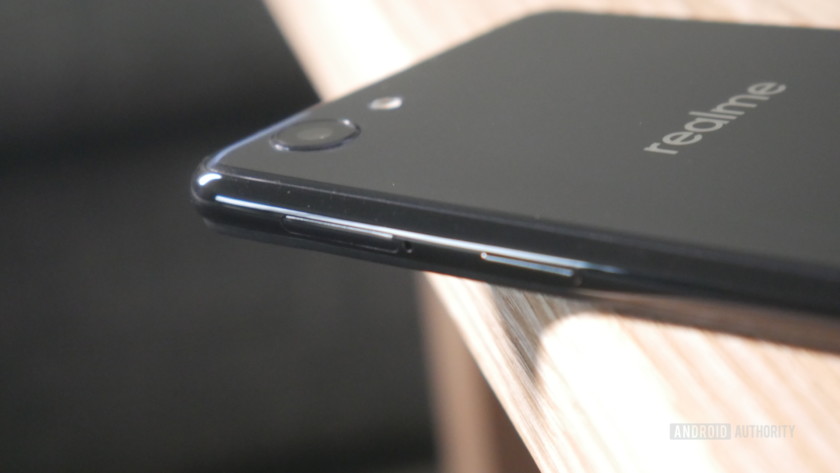 I said in the hands-on that I would have liked if OPPO went for the notch device it originally showed in early images. That went down like a sack of shit with a lot of you guys, but I stand by it — not because I like the notch, but just because it would have been something interesting and a little more flagshippy for the front of this otherwise very dull device.

Before I get stuck into work, I often begin my day by calling my mum, my sister, or my pilot buddy Nathan who likewise is available during the working week. The Realme 1 serves its purpose as a phone, with decent call quality and no issues there.

For those very important people, there is also a dual SIM slot. I know a lot of buyers really appreciate that. It’s not a hybrid slot either — you’ll be able to add an SD card and an additional SIM.

From there, it’s on to work. These days, I actually use my smartphone quite a lot during a typical working day. I use it for workflow program and communication apps like Slack and Asana, checking emails, and responding to YouTube comments. 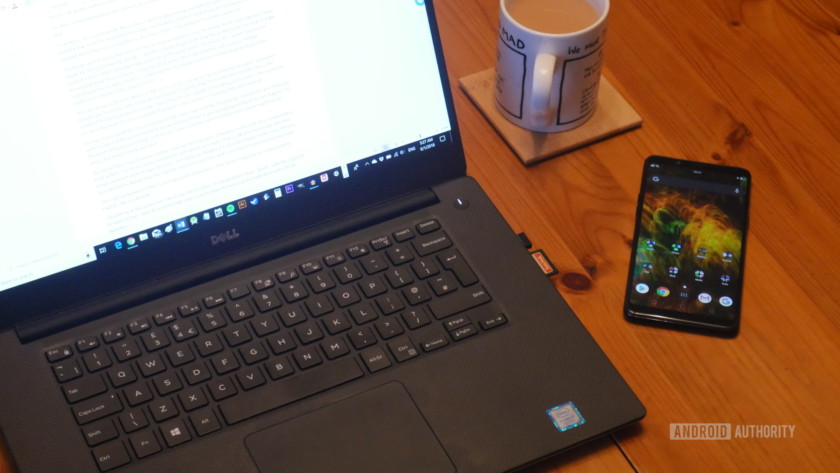 Obviously, with its Helio P60, this isn’t the most powerful device around. It’s actually more than enough for the vast majority of tasks, helped by the pretty hefty 3 to 6GB of RAM. 6GB is actually really generous at this price point. The Honor 10 — which I praised for having a lot of bang for your buck — only includes 4GB in the U.K. model and costs 399 pounds. Switching between apps is breezy, navigating the UI is nippy, and even multitasking works just fine — made easier thanks to the larger screen.

Read: These are the best dating apps in India

The phone also packs in the Mali G72 MP3 GPU, which is hardly a high-end gaming chip, but should be able to handle most games from the Play Store with little trouble. This is the reality of Android gaming: these days most chipsets can handle most games. The argument for spending more for more powerful hardware is becoming increasingly difficult to defend.

There are some scenarios where a little more power would’ve gone a long way, but they’re fairly specialized.

I decided to give Google Cardboard a go on my lunch break and found it painfully slow and sluggish, to the point of being nauseating. So there are some scenarios where a little more power would’ve gone a long way, but they’re fairly specialized. 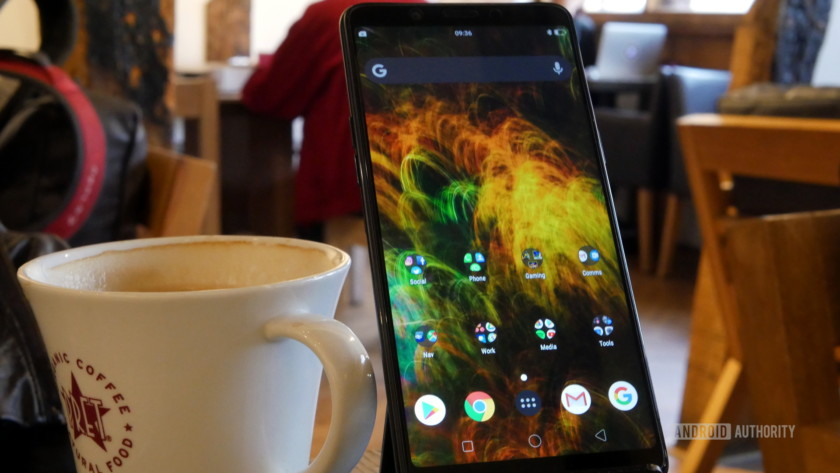 The Helio P60 is a particularly notable inclusion because it comes with a built-in neural processing unit (NPU), which brings some AI-type features. Unlocking the Realme 1 is very fast, thanks to the very effective face detection. Apparently, the reaction time is 0.1 seconds, which I can believe based on my usage.

The only big bummer is the lack of a fingerprint sensor. That means I have to use a password on PayPal like a schmuck. 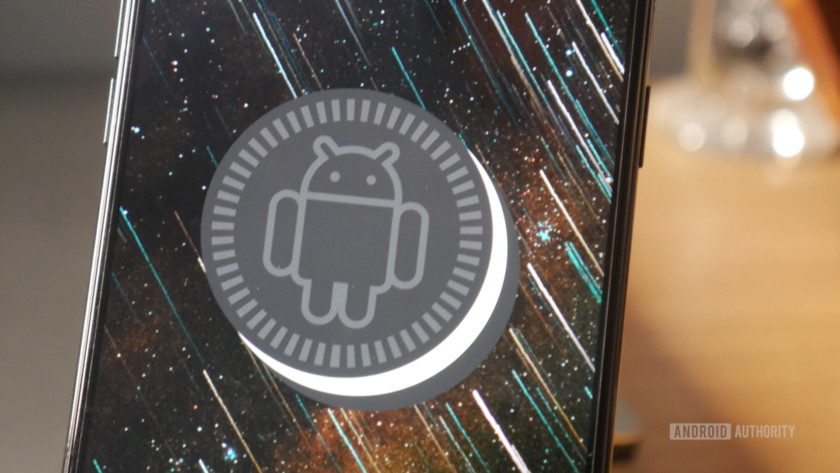 I don’t love this phone’s UI. It’s got Android 8.1 Oreo – good – and Color OS UI on top – bad. As usual though, any cosmetic imperfections can be eradicated with a fresh launcher.

Don’t get me wrong, this isn’t a buttery-smooth performer, but it didn’t stop me doing anything that I wanted to do. That’s pretty remarkable really for the price. Storage is 32, 64, or 128GB with expandable storage up to 256GB via an additional SD card slot.

Moving on with this day-in-the-life Realme 1 review, in the evening, I will typically hit the gym. This is when the camera becomes an important feature for me, as I will typically use the selfie-shooter to capture my workouts and share on Instagram. I have no shame. For me, a bad selfie-camera is a deal breaker. 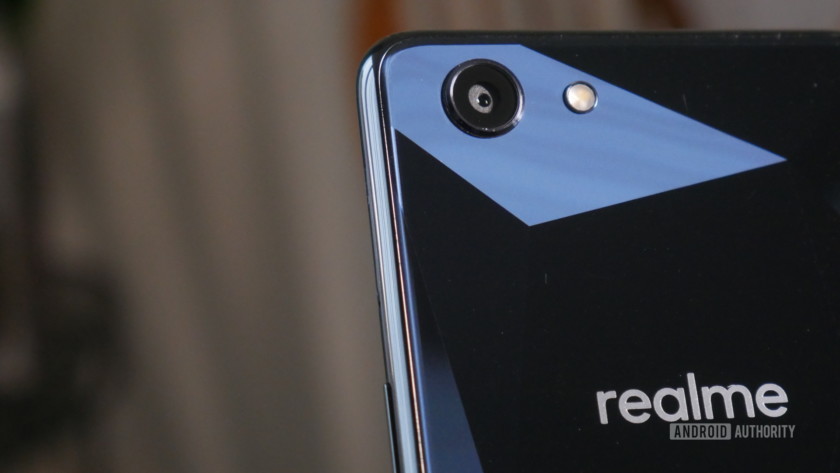 The camera on the front has an 8MP sensor. That’s not a bad showing — nothing to write home about but not bad. It can record at 1080p 30fps (as can the rear). There’s no optical stabilization, but it produces just fine videos and images.

For capturing antics in the evening, the rear camera is also serviceable. It’s a single lens setup — which these days actually bucks the trend — but at 13MP it should be capable of capturing some decent detail. The aperture is quite narrow at f/2.2 and photos are distinctly average. There are some fun features here though, including the compulsory portrait mode (and some dubious beauty modes) and even a pro mode! 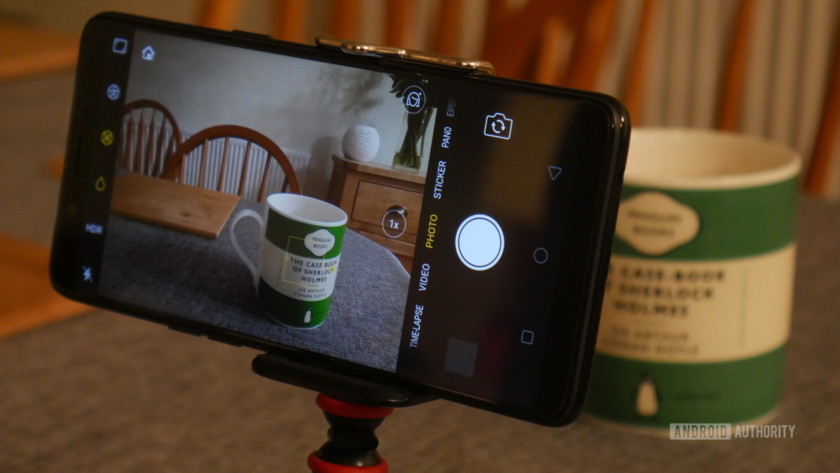 Low light performance is definitely sub-par, and there are occasions where photos look washed out or soft. If you live on social media, you may want something a little beefier in this regard. Outside of that, its certainly capable of handling most everyday requirements, and it’s definitely better than it has any right to be. 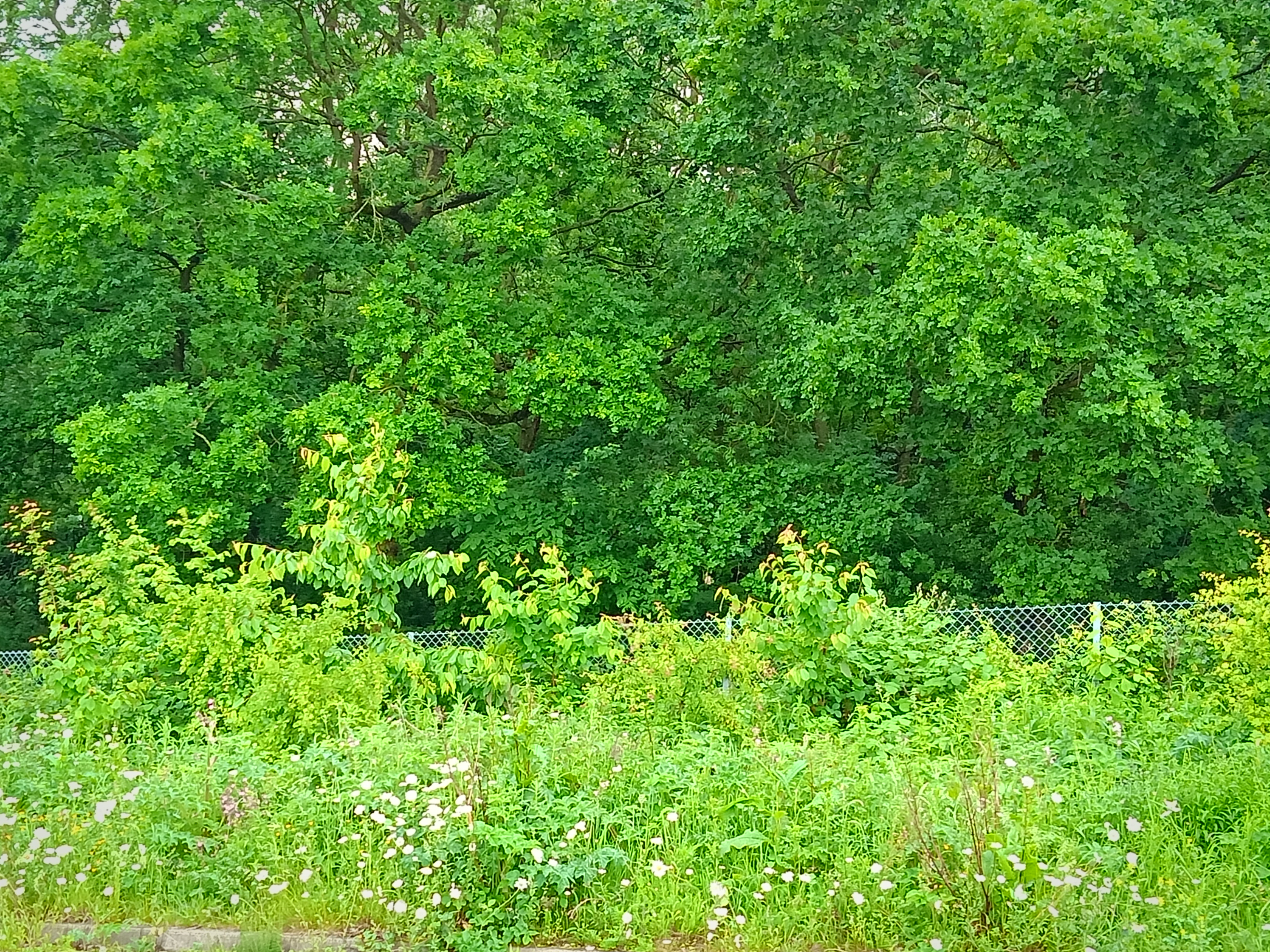 By the end of the day, the 3,410mAh battery still had some juice left in it. With more than five hours screen-on time and a very impressive idle life, it’s actually got some longevity under its belt, too. Apparently we can thank the AI features for this to some extent, as they help with smarter battery management.

It’s hard to imagine how OPPO and Amazon are making any money at all from this one.

Come evening, I was forced to dig for a MicroUSB cable when I needed to plug in — another reminder of the phone’s budget nature. It’s also no surprise there’s no wireless charging here, nor any official quick charging functionality — though I found it powered up at a fairly satisfactory speed nonetheless (around 2 hours to a full charge). 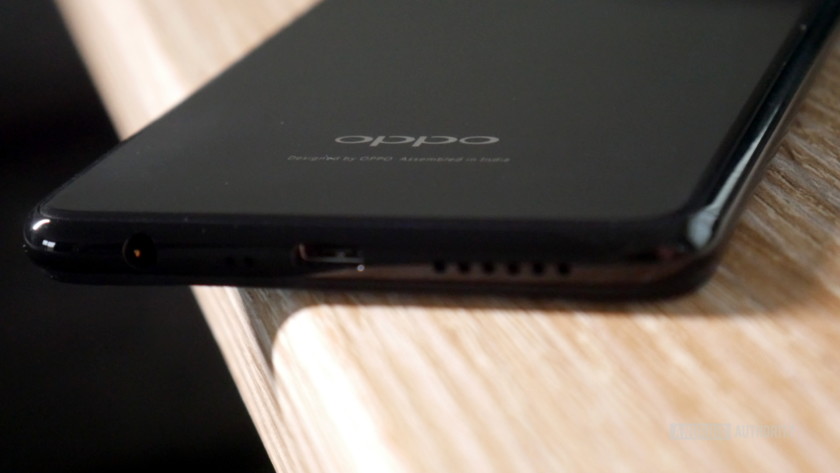 For 13,990 rupees, this phone lets me work, game, and take some decent photos. It has a unique appearance, and even a little AI magic thrown in for good measure. That’s a very compelling offer. It’s hard to imagine how OPPO and Amazon are making any money at all from this one.

The plastic build, lack of modern features, middling processor, and average camera mean this was never destined to be the must-have device of 2018. It’s pointless to compare this to current flagships, but it fairs well against other devices in its price category. It actually offers more bang for your buck than a lot of similarly positioned Xiaomi devices, and certainly beats the new line of lower end Nokias we recently covered. That said, those devices also have significantly nicer builds than this, and the Nokia phones have Android One, too. When going budget, it’s always up to you which compromises are important. 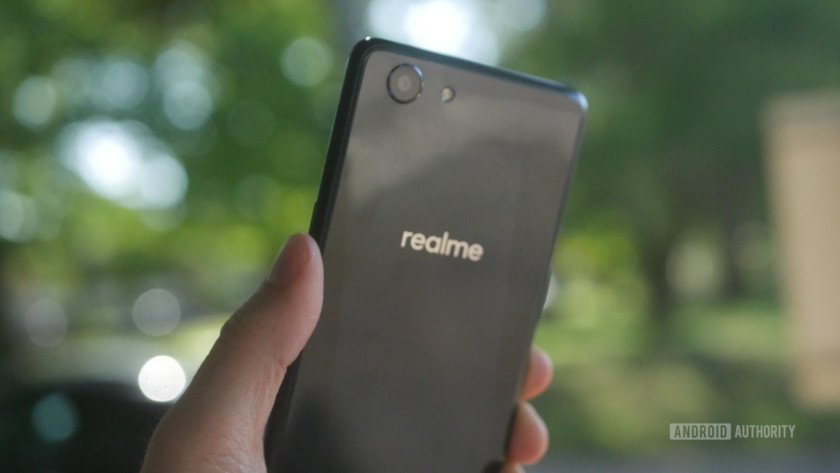 This feels quite cheap. If you’re willing to cover the cheap feel with a sturdy case, this is also a fantastic option on a budget.

Read next: Best Android phones for under 15,000 rupees

Still, I’ll be glad to go back to my Galaxy S8 Plus, though.

There you have it for our OPPO Realme 1 review! What do you think about this phone? Let us know in the comments.