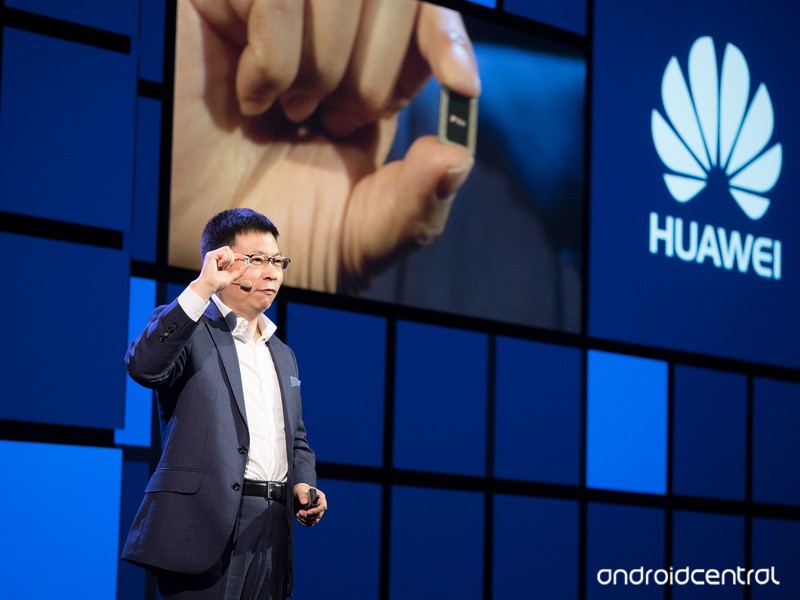 Huawei is focusing on AI in the new processor, an octa-core chip built on a 10nm manufacturing process, with 5.5 billion transistors. Kirin 970 will enable AI on the Mate 10 and future Huawei phones, thanks to the new NPU (Neutral Processing Unit), which Yu says can deliver 25 times the performance with 50 times the power efficiency of a quad-core Cortex-A73 cluster, as found in the previous-gen Kirin 960.

In today’s presentation, the Huawei CEO showed a demonstration of photo recognition, showing the Kirin 970’s NPU crunching images 20 times as fast as a CPU, and emphasized how combining cloud-based AI and on-device AI can help to balance power efficiency and latency. 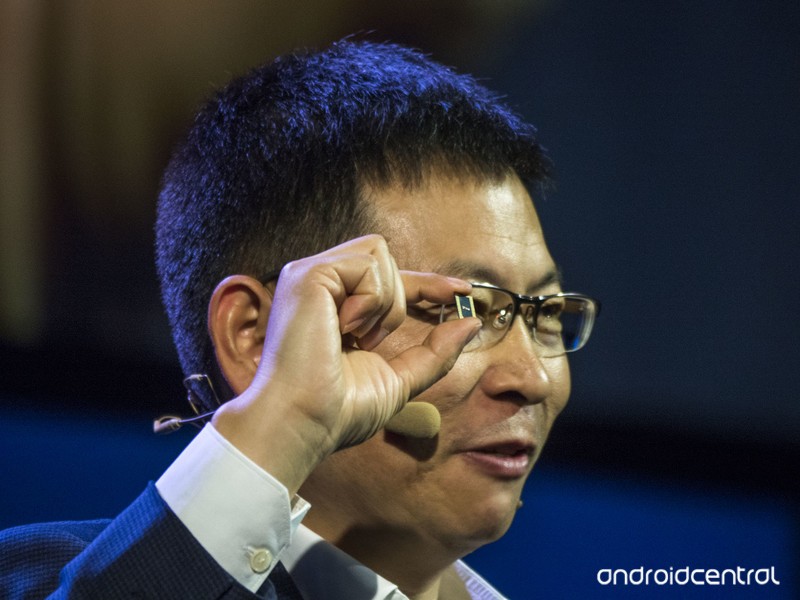 Yu also explicitly confirmed for the first time that the Mate 10 series would use the chip, which will break cover at an event in Munich, Germany on October 16. 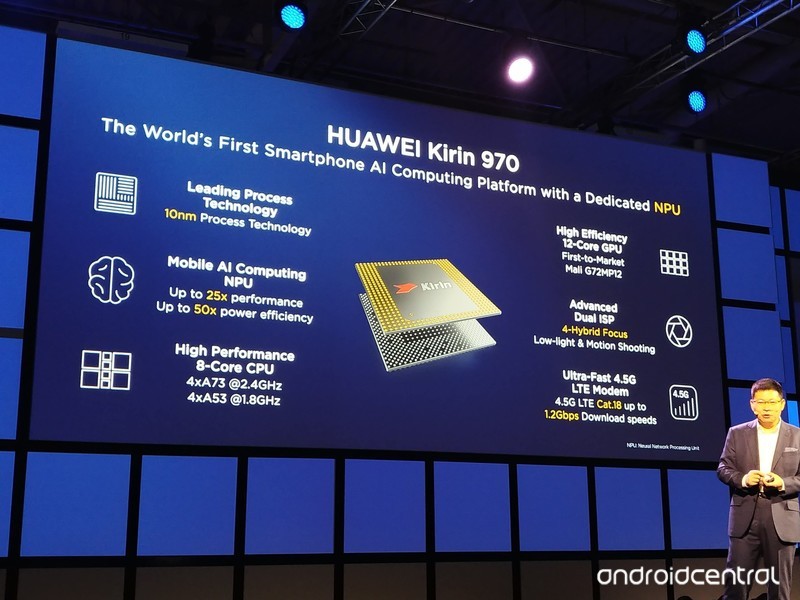 Huawei Reveals the Future of Mobile AI at IFA 2017

BERLIN — September 2, 2017 – Today at IFA 2017, Huawei Consumer Business Group unveiled a new era in smartphone innovation. As part of CEO Richard Yu’s keynote address, he revealed Huawei’s vision for the future of artificial intelligence with the launch of the Kirin 970. By combining the power of the cloud with the speed and responsiveness of native AI processing, Huawei is bringing AI experiences to life and changing the way we interact with our devices.

“As we look to the future of smartphones, we’re at the threshold of an exciting new era,” said Richard Yu, CEO of Huawei Consumer Business Group. “Mobile AI = On-Device AI + Cloud AI. Huawei is committed to developing smart devices into intelligent devices by building end-to-end capabilities that support coordinated development of chips, devices, and the cloud. The ultimate goal is to provide a significantly better user experience. The Kirin 970 is the first in a series of new advances that will bring powerful AI features to our devices and take them beyond the competition.”

After years of development, Cloud AI has seen broad application, but user experience still has room for improvement, including latency, stability, and privacy. Cloud AI and On-Device AI can complement each other. On-Device AI offers strong sensing capabilities, which are the foundation of understanding and assisting people. Sensors produce a large amount of real-time, scenario-specific, and personalized data. Supported by strong chip processing capabilities, devices will become more cognitive of user needs, providing truly personalized and readily accessible services.

Kirin 970 is powered by an 8-core CPU and a new generation 12-core GPU. Built using a 10nm advanced process, the chipset packs 5.5 billion transistors into an area of only one cm². Huawei’s new flagship Kirin 970 is Huawei’s first mobile AI computing platform featuring a dedicated Neural Processing Unit (NPU). Compared to a quad-core Cortex-A73 CPU cluster, the Kirin 970’s new heterogeneous computing architecture delivers up to 25x the performance with 50x greater efficiency. Simply put, the Kirin 970 can perform the same AI computing tasks faster and with far less power. In a benchmark image recognition test, the Kirin 970 processed 2,000 images per minute, which was faster than other chips on the market.

New developments in AI require joint effort across the entire value chain, involving tens of millions of developers, and the experience and feedback of hundreds of millions of users. Huawei is positioning the Kirin 970 as an open platform for mobile AI, opening up the chipset to developers and partners who can find new and innovative uses for its processing capabilities.