It’s definitely an understatement to say that the Samsung Galaxy S8 has a more-than capable camera. From the sensor to the lens to the image signal processing, no one would deny this fact.

Huawei, however, has a few things to say about that. 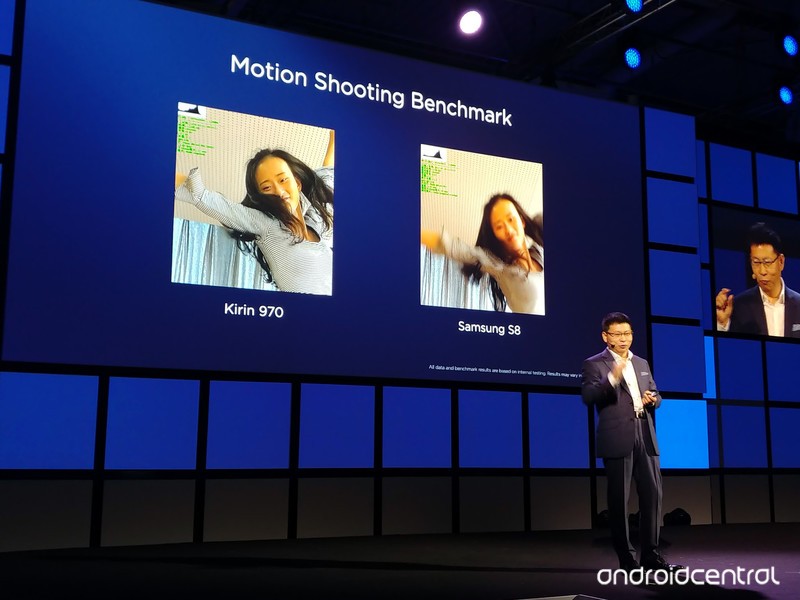 The Chinese behemoth unveiled its new Kirin 970 processor today at the IFA conference in Berlin. In addition to cramming in 5.5 billion transistors on a 10nm manufacturing process, and putting artificial intelligence directly onto the SOC, they’ve also added not one but two image signal processors. That is, the part of the SOC that makes cameras work.

And as you’d expect, more ISPs should mean faster photos, and better photos. How much better? Well, we’ll have to wait until we see the 970 in an actual production phone before we have definitive results. But for now, Huawei is more than happy to serve up this image of how it says the 970 performs alongside the Samsung Galaxy S8 when it comes to what otherwise would be a blurry pic. Faster processing means less motion blur.

Is it really that simple? Huawei would like you to think so. (At least until you read the disclaimer at the event that said “All data used in this presentation is based on Huawei lab test results and are intended only for customers’ convenience.”

Samsung fans, however, probably aren’t finding anything convenient about this.