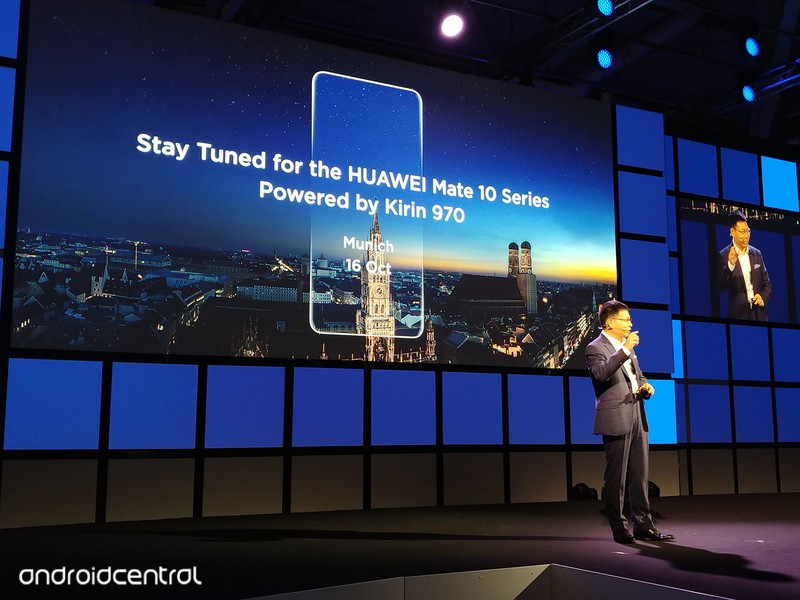 Huawei’s next-gen Mate flagship phone is coming on October 16th: get ready for the Huawei Mate 10. Details are still few on the phone, but here’s what we know.

You can expect both Huawei Mate 10 and a higher-specced Mate 10 Pro to be unveiled. Both will be powered by the Huawei Kirin 970 chipset, which Huawei unveiled at an IFA 2017 keynote. The Kirin 970 places a huge emphasis on artificial intelligence with a new on-board NPU (Neural Processing Unit) that can pull off impressive computational feats on-board the device, like performing image recognition on 200 photos in 6 seconds, versus the 120 seconds needed to do it on a CPU alone. The Kirin 970 also features dual image signal processors to make for sharper and quicker photos.

Huawei’s next flagship will run a 10nm chip with AI onboard.

The Mate 10 will also feature Huawei’s take on the reduced bezel trend in the form of a Full Vision bezelless display. Whether that will take the form of a Samsung Galaxy S8-style with thin side bezels, like the Essential Phone with the top and sides pushed right to the edge, or even the soon-to-be-unveiled iPhone 8 with its leaked nearly-entirely-bezel-free design remains to be seen.

Either way, we’ll be on site in Munich on October 16, 2017 to bring you everything you need to know about Huawei’s latest and greatest.