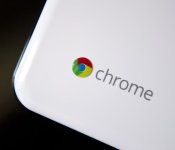 You can pick up a Chromebook for a dirt-cheap $200, if you know where to shop. However, there are now signs that these Google-powered portables could get even cheaper. MediaTek has contributed code to Chromium OS (the base for Chrome OS) for a test device with an entry-level ARM Cortex-A7 processor — a big step down from the relatively inexpensive Cortex-A15/A7 hybrid that Samsung uses, not to mention the Intel Celeron chips in other Chrome devices. Theoretically, this leads to Chromebooks and Chromeboxes that cost significantly less than $200, albeit after a big speed hit. Just as with phones and tablets, a Cortex-A7 system is likely to be pretty sluggish.

MediaTek hasn’t discussed what it’s doing with the code, and it could be a while (if ever) before there’s hardware you can buy. However, it’s not hard to see why the semiconductor firm would want to support Chrome gear. The company’s chips are seemingly omnipresent in the basic smartphones seen across developing markets like China and India. Support for a starter Cortex-A7 processor could have a similar effect in the PC world, bringing Chrome OS systems to people who might not otherwise get a computer at all.