Apple today revealed the all-new iPad Pro, with an edge-to-edge LCD “Liquid Retina” display, slimmer bezels, no Home Button, Face ID, and a magnetic attachment support for the new Apple Pencil. The new 11-inch iPad Pro has the same footprint as the previous 10.5-inch iPad Pro, but now with a bigger display thanks to the slimmer bezels. The 12.9-inch version is actually smaller than the previous 12.9-inch model but with the same screen size.

Apple put the same Liquid Retina display in the iPad Pro as the one found in the iPhone XR, using rounded corners that follow the curves of the iPad Pro’s unibody enclosure. Apple says the display is its brightest and most color accurate iPad display yet, with wide color support, True Tone, and anti-reflective coating that provides a natural and accurate viewing experience inside and outside.

Both models are 5.9mm thin — “the thinnest iPad design ever” — and the 12.9-inch version has seen a total 25 percent reduction in overall volume.

“The new iPad Pro is a huge step forward for powerful, creative, mobile computing; it has an all-new thinner design, speeds through projects with the super-fast A12X Bionic chip and unlocks with a glance using Face ID in any orientation — while you’re sitting or standing, with iPad Pro on your desk or lap, with the new Smart Keyboard Folio and new Apple Pencil,” said Philip Schiller, Apple’s senior vice president of Worldwide Marketing.

“There has never been a mobile device anything like the new iPad Pro; it has a gorgeous edge-to-edge Liquid Retina display that curves into the corners, breakthrough performance that outperforms most laptops, Face ID, support for the new Smart Keyboard Folio and new Apple Pencil, advanced new cameras and sensors for the best AR experiences ever in any device, a high-speed USB-C connector, louder speakers, faster wireless and more, all packed into a thinner device that has all-day battery life and is 25 percent smaller in volume.”

Powering the iPad Pro is a new A12X Bionic chip, which Apple says is its smartest and most powerful tablet chip yet. A12X Bionic has eight total cores (four performance cores and four efficiency cores) that provide up to 35 percent faster single-core performance. There’s also a seven-core GPU to deliver up to twice the graphics performance, fueling new AR experiences and console-quality graphics. During the keynote, Apple compared gaming performance on the new iPad Pros to that of the Xbox One S.

iPad Pro comes with Apple’s next-generation Neural Engine for advanced machine learning in everything from photography, AR, and Face ID. This marks the first time that Face ID is available outside of an iPhone, and on iPad Pro it’s designed to work while holding the tablet in any position or even while seated and attached to the new Smart Keyboard Folio. 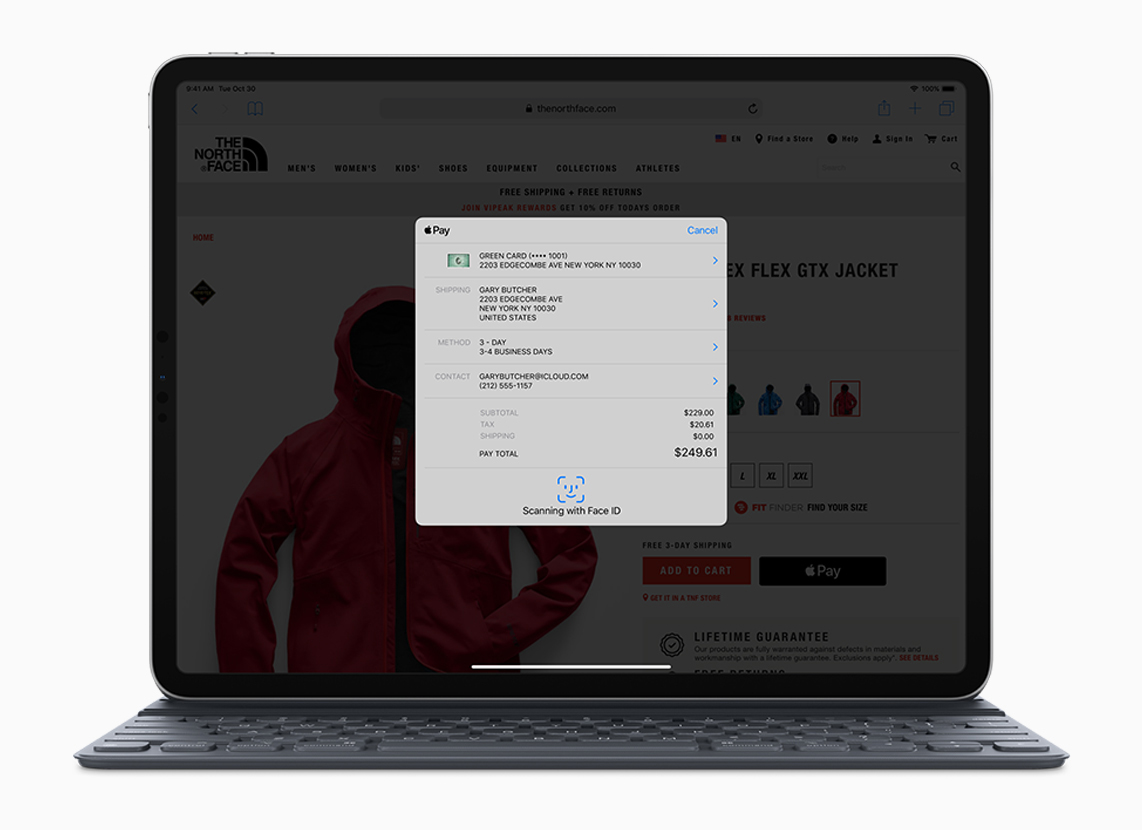 Like on iPhone X and newer, Face ID uses the TrueDepth camera system to map and recognize your face and securely unlock iPad Pro, pay with Apple Pay, access secure apps, and more. You’ll also now be able to create and interact with Animoji and Memoji on iPad Pro using the front-facing TrueDepth camera. Throughout all of these features and daily use cases, Apple says iPad Pro has a 10-hour battery life.

The tablets also have a new USB-C connector that is replacing the old Lightning connector, offering users the chance to charge an iPhone while on-the-go, transfer data between devices, and drive external displays up to 5K. 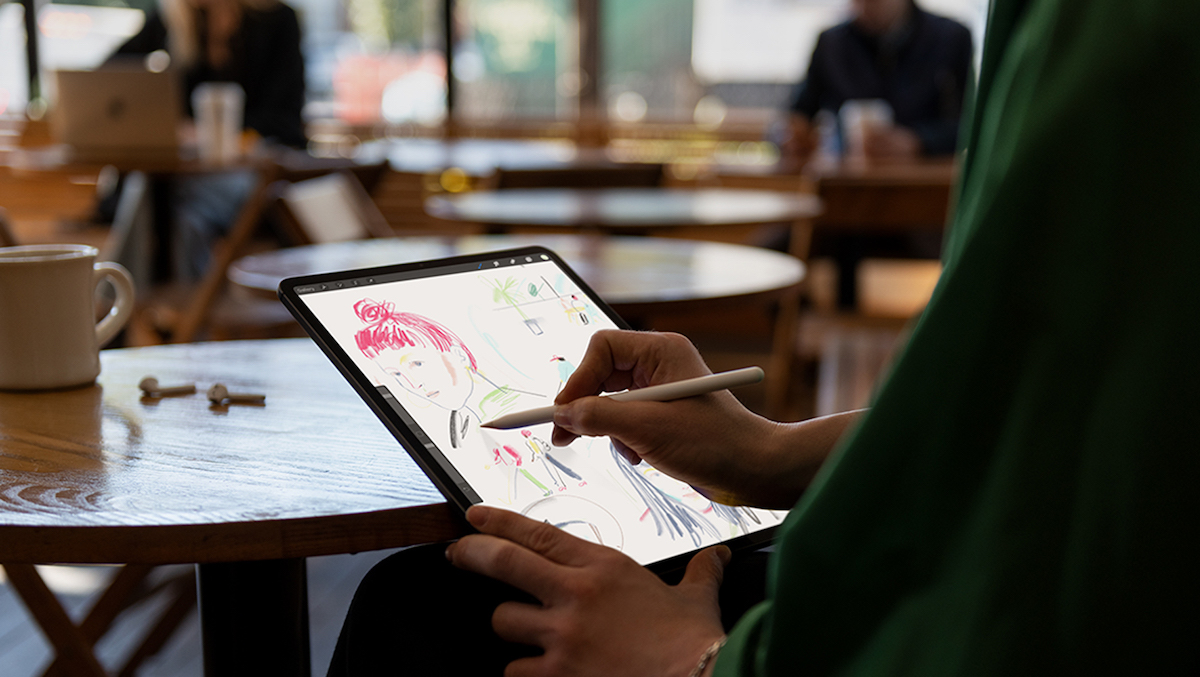 On the accessory side of things, the second generation Apple Pencil can magnetically attach to iPad Pro for pairing and wireless charging. The new Apple Pencil supports tap-based controls, so you can select a different brush tool in Photoshop, for example, by double tapping on Apple Pencil. Additionally, a new Smart Keyboard Folio protects the front and back of iPad Pro while providing a full-size keyboard 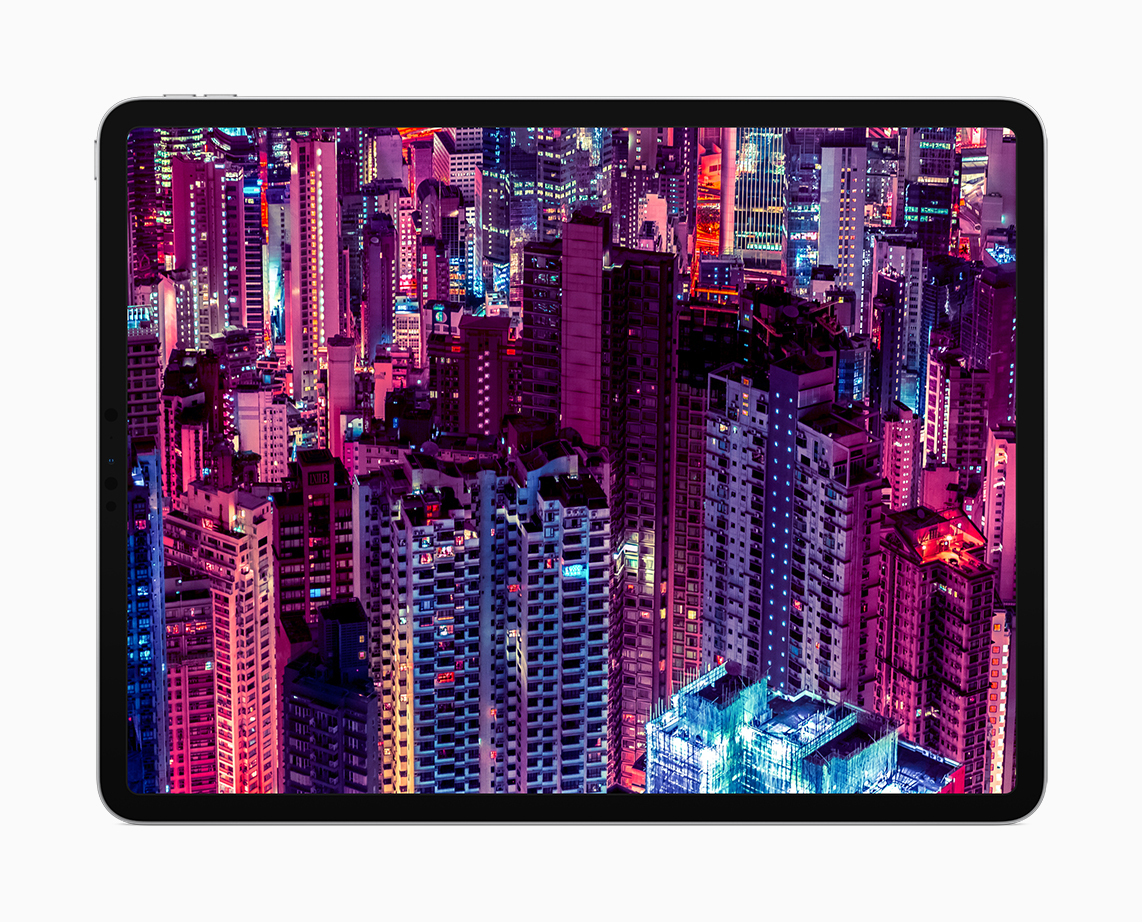 Apple is also launching a new Smart Folio for iPad Pro in a protective, polyurethane folio design that will be available in a variety of colors for $79 (11-inch) and $99 (12.9-inch).

Tag: October 2018 event
Discuss this article in our forums