Apple Announces New Space Gray Mac mini With 4-Core or 6-Core Intel Processor and Up to 64GB RAM, Starting at $799

The new space gray Mac mini comes with quad- and 6-core 8th-generation Intel Core processors with Turbo Boost Speeds up to 4.6GHz, making it 5 times faster than the previous generation, and up to 64GB of 2,666MHz RAM. 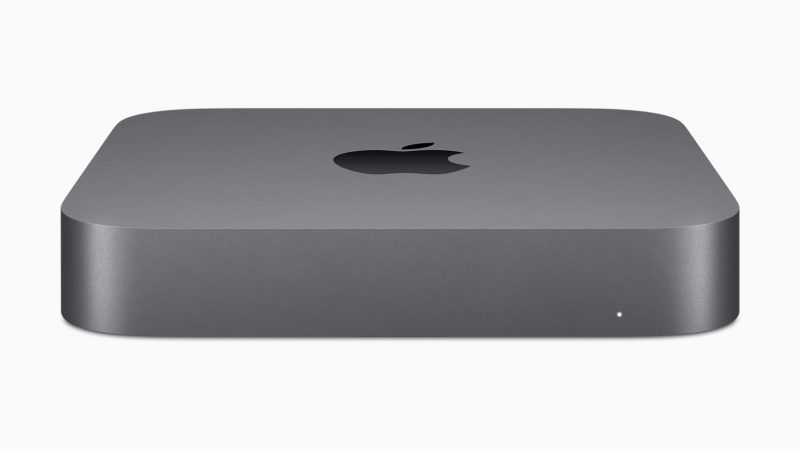 The T2 chip features an SSD controller with on-the-fly data encryption, so everything stored on the SSD is automatically encrypted. The Secure Enclave in T2 ensures that software loaded during the boot process has not been tampered with. T2 also features HEVC video transcoding that’s up to 30 times faster, enabling pro users to work more quickly with higher resolution video throughout their workflow.

For the new space gray finish, every new Mac mini enclosure uses an Apple-designed aluminum alloy made from 100 percent recycled aluminum for the first time, which has the same strength, durability, and finish as the aluminum in all Apple products. 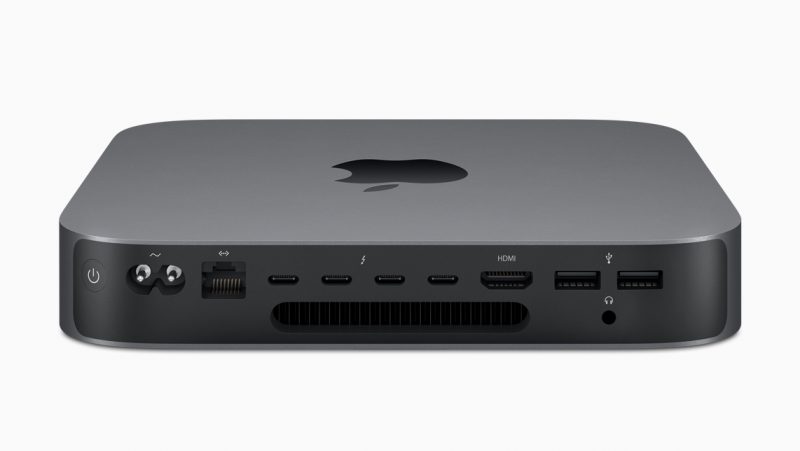 “Mac mini is loved by customers for its ability to be used in incredibly diverse environments — from casual desktop use, to live professional performances, to multiple Mac mini computers powering through video renderings and compiling software code, to racks of thousands in giant app build farms — anywhere a small-but-mighty Mac is needed to get the job done,” said Philip Schiller, Apple’s senior vice president of Worldwide Marketing.

The Mac mini starts at $799 with the base level model offering 8GB of RAM, a 3.6GHz Intel quad-core Core i3 processor, and 128GB of storage. Orders for the new Mac mini start today, with availability from next week, November 7.