At an event in New York City, Anker Innovations unveiled its latest accessory, the PowerPort Atom PD 1, the first installment of its lineup of slim and lightweight USB-C wall chargers. But don’t be fooled by its small size, the charger packs 27 watts, giving you the ability to not only power up your MacBook, but your Nintendo Switch, smartphone, and more.

For an easier visual of exactly how small the charger is, the PowerPort Atom PD 1 is only slightly bigger than the standard 5-watt iPhone charger. Weighing in at 2.2 ounces, the pocket-sized charger is also lightweight, allowing you to pop the accessory into your backpack or handbag without weighing you down.

The charger features a single USB-C port with a total output wattage of 27 watts that Anker says can charge up to two and a half times faster than stock phone chargers. It uses Gallium Nitride (instead of silicone) —  a semiconductor material that allows the charger to operate at a higher frequency for more efficient charging, while also producing less heat.

While it remains to be seen how quickly the wall charger can juice up a device, our own experience with an Anker charging stand was impressive because it, too, produced less heat. In our wireless charging pad comparison, we put the Anker PowerWave 7.5 up to the test against Belkin, iOttie, and Mophie only to find out the company’s stand took only 2 hours and 44 minutes to charge. 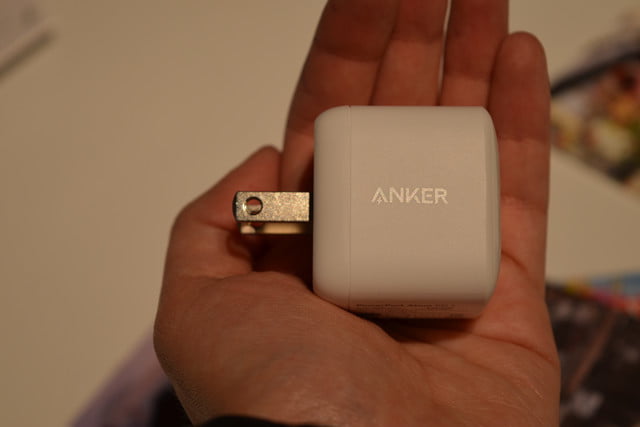 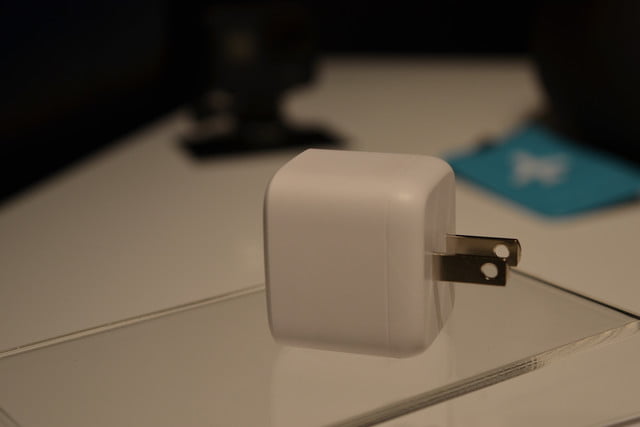 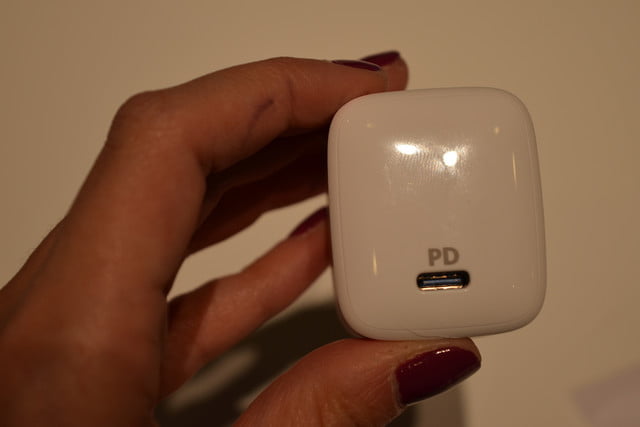 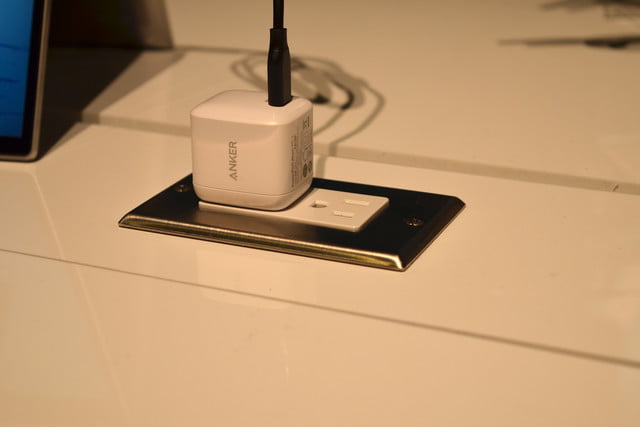 We also had some hands-on time with the new wall charger and at first glance, it’s hard to believe there are 27 watts packed into such a tiny charger. Not only is it light and compact, but (as with most Anker products) it looks sleek. But we’re even more excited for the next installments in the lineup: The PowerPort Atom PD 2 (with two USB-C ports) and Atom PD 4 (with two USB-C ports and two Type-A ports) which will have an output wattage of 60 watts and 100 watts, respectively. Unfortunately, we’ll have to wait a little while longer for those.

As for the PowerPort Atom PD 1, it will be out at the end of November. You will be able to purchase it from Amazon for $30.