An expensive solution to a potentially more expensive problem. 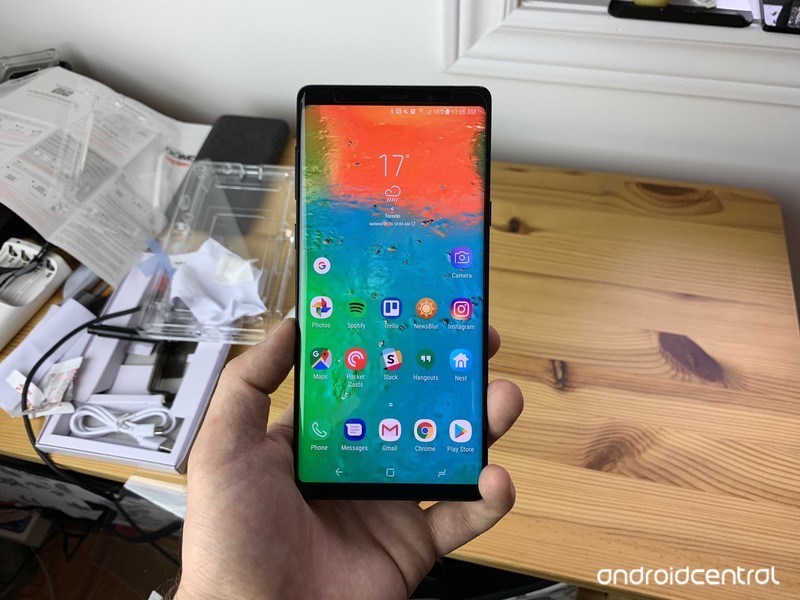 Tell me if you’ve heard this one before. Company releases phone claiming that its glass screen is “stronger” and “less prone to scratches and cracks” than the one before. So you believe the claim and forgo buying a screen protector only to drop the phone onto concrete shortly thereafter. Your heart stops and you inhale sharply as you lean down to pick up the face-down phone. You turn it around and it’s a spiderweb of debris, money down the drain.

Or this one. Company releases phone claiming that its glass screen is “stronger” and “less prone to scratches and cracks” than the one before. You don’t believe the claim because it’s still just glass and glass scratches and breaks. You log onto Google, search for “best screen protector for phone” and buy the recommended one. When it arrives in the mail, you eagerly unbox it, follow the vague and poorly-written instructions, and end up with a bunch of frustrating air bubbles that distract you every time you look at the phone.

Both of these scenarios are pretty common. The issue has been exacerbated with the proliferation of curved glass phones — phones like the Galaxy Note 9. Phones that cost way too much money to risk having their screens shatter, or having bubbles under their screen protector. 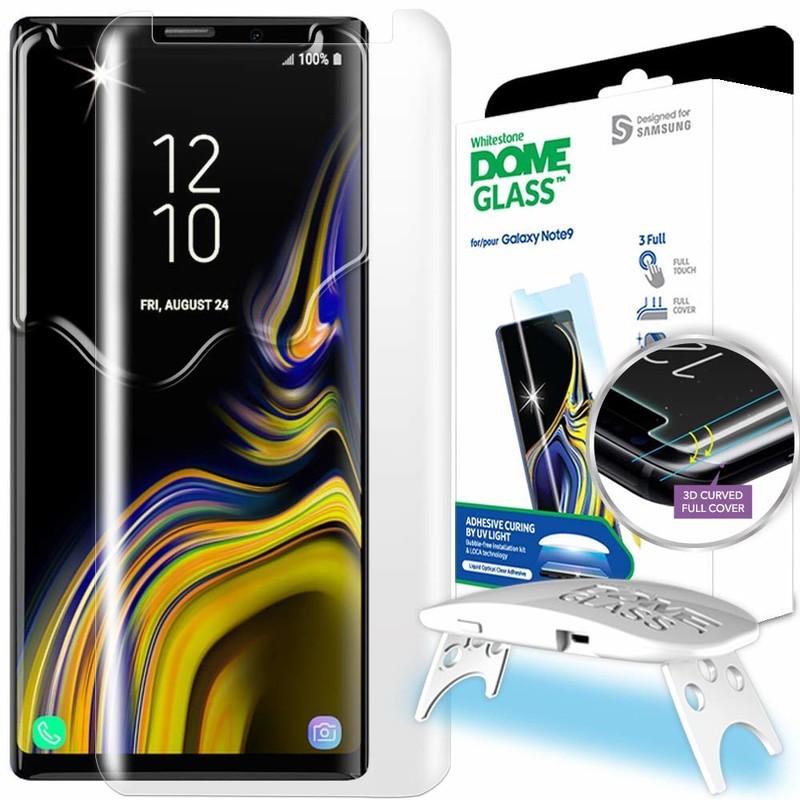 An accurate install and high-quality part

Whitestone uses a very complicated and involved install process to accomplish what few other accessory makers can do: a clean, bubble-free install on a curved-glass phone. And it works. 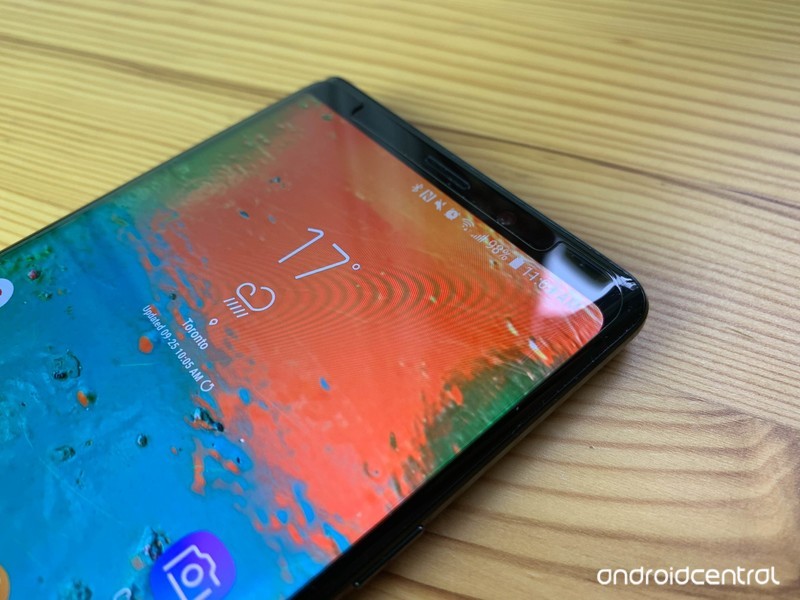 Whitestone approaches a screen protector installation like surgery, and for good reason: I’ve tried installing so-called “professional” and “easy-to-apply” screen protectors on Galaxy devices going back to the S8 and they’ve all turned out badly.

Name a company — Zagg, IQ Shield, Skinomi — and I’ve had a poor experience. They’re not bad products, but the reality is it’s really hard to get a screen protector, especially one made of tempered glass, to adhere properly to a curved screen.

Well, by approaching the installation like a surgery, Whitestone has managed the impossible: a perfect installation. The process is seriously involved: there are about 10 steps you have to follow, and to the letter, or you risk something going wrong.

First, there are all the precautionary measures to ensure that, when the adhesive is eventually applied to the screen, it doesn’t damage the Note 9’s buttons or ports. So you have stickers and absorbing sheets and a full-tilt station to acquaint yourself with. 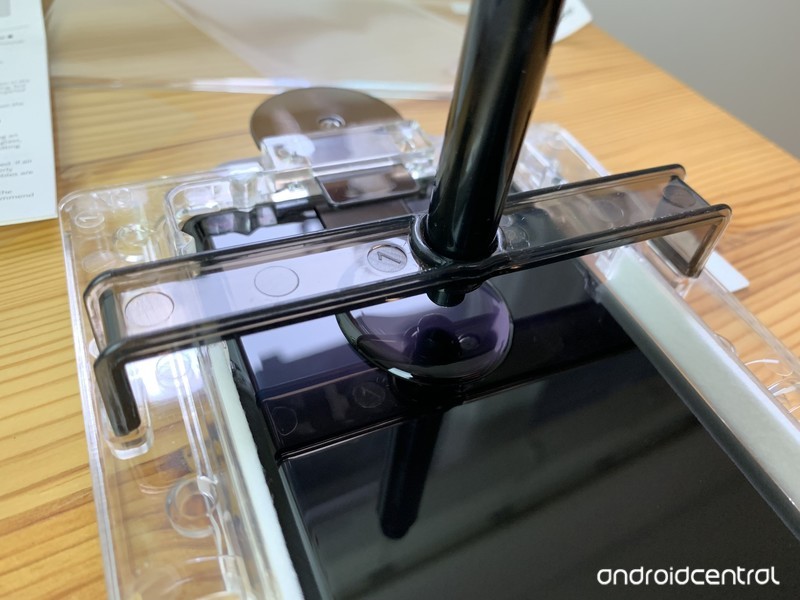 But once you read the instructions a few times — they’re not translated well, so I made sure to read them more than a few times — it’s pretty straightforward. The tricky part is making sure that, once the adhesive is applied, the tempered glass adheres bubble-free to the screen. Because unlike some film-based screen covers, air bubbles can’t be forced out of this one. If they’re there, they’re there for life.

Note: I highly recommend buying the 2-pack when investing in Whitestone’s screen protector. It saves you from having to salvage a disastrous first attempt (as you’ll read below) and lets you replace an installation if it becomes too scratched. 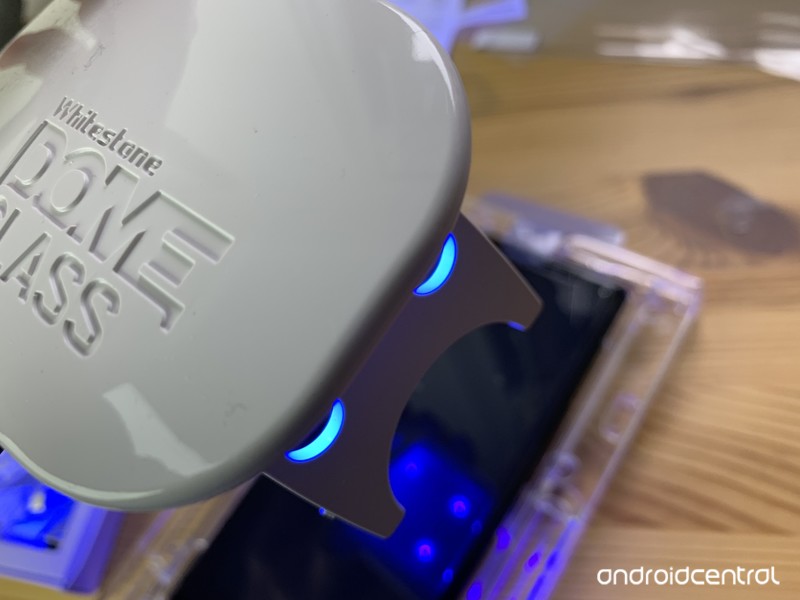 Once the protector is installed, the cool part begins: using the included UV curing light, which sets the adhesive in under a minute and ensures that touch response is identical to the display in its natural state. It’s USB-powered, so you’ll have to plug it into a nearby AC adapter or battery pack, but you only need it for a couple of minutes.

You pay more not necessarily for a higher-quality screen protector but a better installation that ensures the protector adheres properly.

The best part of Whitestone’s Dome Glass is the fact that, once properly installed, it’s not going anywhere, even on the notoriously finicky rounded edges of the Note 9. To wit, I’ve been using it for over a week now and there’s no evidence of the edge lift that you commonly see in cheaper solutions.

And how is the tempered glass itself? Honestly, it’s fine. It’s a standard 9H-rated glass slab, thick and weighty but likely no higher quality than anything you’d find for a quarter the price. That’s not really what Whitestone is selling here, because a properly-installed curved screen protector is going to be much less likely to crack or dislodge when dropped. The fact that the Dome Glass adheres to the Note 9’s screen uniformly ensures that are no areas of particular weakness. And that is this product’s greatest strength. 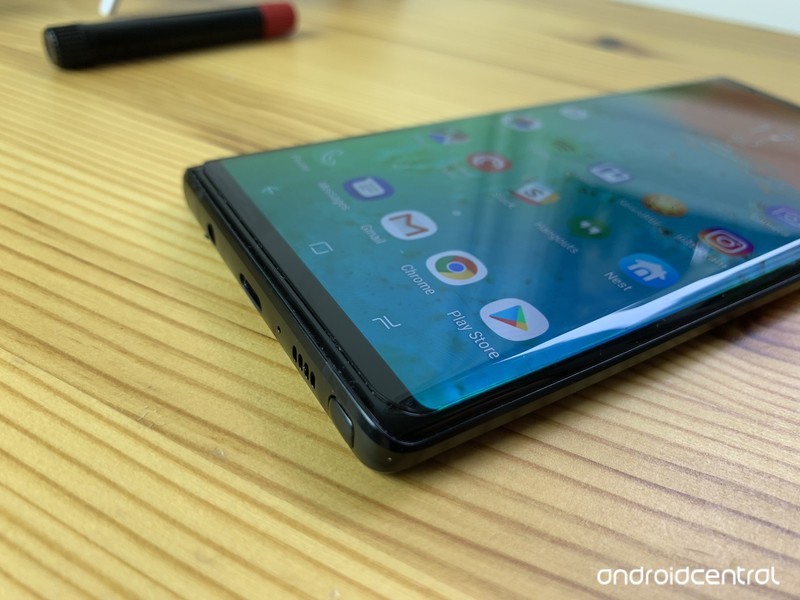 As far as screen protectors go, there isn’t a lot to complain about here. I did have to throw away my first install because I made an error in my first attempt, letting the adhesive run too far down my phone. The most important thing to know about the Dome Glass is precision: every step needs to be followed perfectly, or you risk ruining the process.

Then there’s the question of cost, and whether you need a screen protector at all. Whitestone makes a good product, but it costs $45 for a single and $60 for a two-pack. (There’s also a $35 “refill” that arrives without the UV curing light). If you want the best, this is it.

But with Gorilla Glass 5, the Note 9 has a pretty tough glass exterior on its own. It may hold up to a few minor falls, and you’ll probably not notice the average scratch against it. 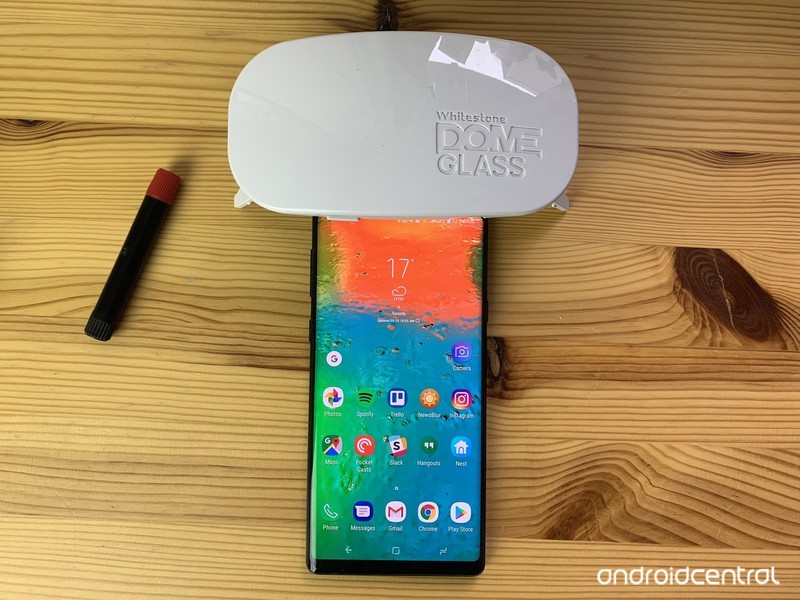 Should you buy it? Absolutely

Yes, the Note 9 is one of the most expensive phones out there. And yes, its curved display is often more hassle than it’s worth.

But if you want the best, you have to pay for it — and that’s true of the phone and the screen protector.

Read more from News
← These are the best drives for expanding the NVIDIA Shield TV’s storage
Give your phone the finger with this creepy, versatile robotic attachment →