Give your phone the finger with this creepy, versatile robotic attachment

There was a time in history when we thought that selfie sticks were the weirdest smartphone accessory that could ever exist. Now, an unusual, altogether unsettling new phone attachment will make you reconsider. Called MobiLimb, it’s a robotic finger that plugs into your smartphone and pulls itself along the floor by making beckoning motions. Imagine a new iPhone feature designed by The Evil Dead director Sam Raimi, and you’ll start to get the idea.

“MobiLimb is composed of five small servo motors, enclosed in a 3D-printed shell,” Marc Teyssier, a human-computer interaction researcher who helped create the device, told Digital Trends. “Everything is driven with an Arduino board, and it uses Android OTG connection for power usage and data transmission.”

For a device consisting of relatively simple tech, MobiLimb certainly manages to be creepily lifelike — as well as versatile. Along with dragging its smartphone “body” along a table, it can also wag like a tail, tap on a surface to indicate that a notification has been received, act as a flexible torch, and so on. Heck, if you so wished, it could even stroke your hand while you’re speaking on the phone. Because what better way is there to creep out your fellow commuters on the way home after a busy day’s work?

“The original starting point for this project was human touch for social communication, which is the topic of my Ph.D. thesis,” Teyssier continued. “In real-life communication, we use touch to communicate emotions with others. However, current technology doesn’t use touch as an information channel. This project is just one approach for how we can receive a remote touch. Another aspect of this work is the relationship we are building with our mobile devices. Because they’re always in our hands or pockets, smartphones are becoming companions for humans — yet right now they remain a cold and flat technology.” 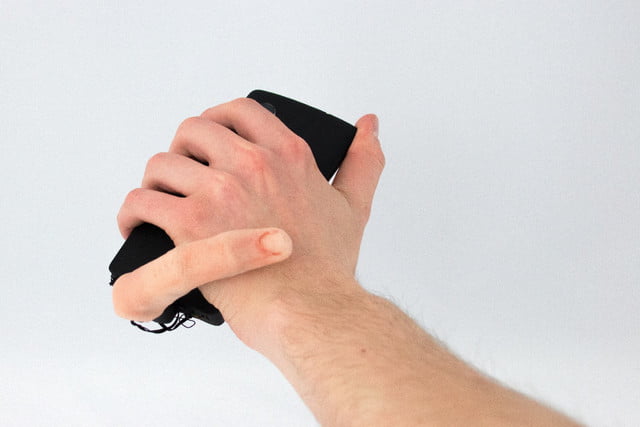 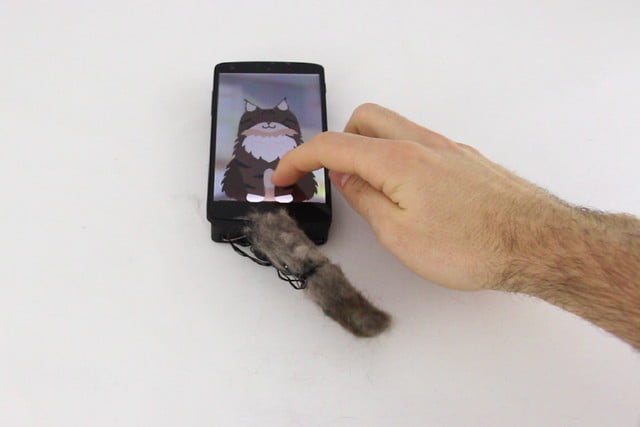 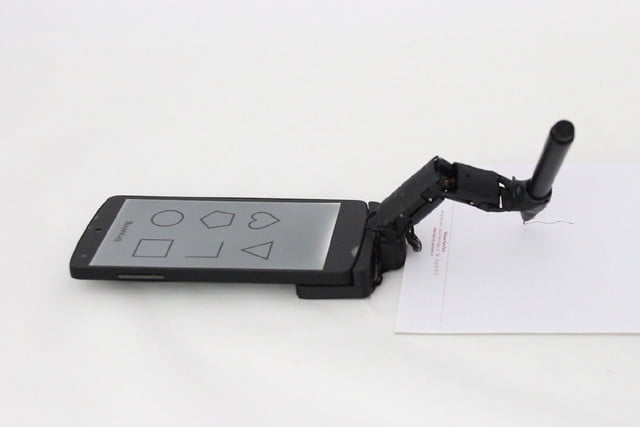 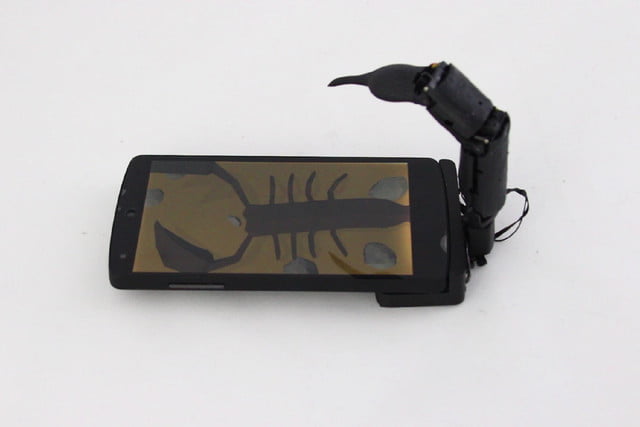 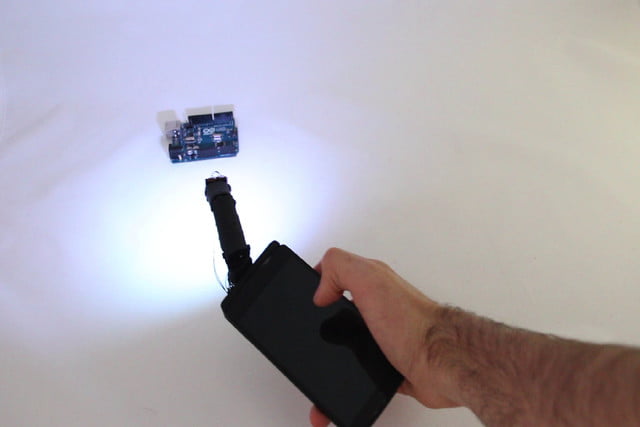 The MobiLimb team created several versions of the finger, including the regular (as regular as it gets, at least) black plastic version, a furry one, and a flesh-like variant created with the help of a visual effects artist. The prototype is set to be shown off at the ACM User Interface Software and Technology conference in Berlin this month.

Don’t expect to be able to buy one any time soon, though. “We have no plans to commercialize it yet,” Teyssier said. “It’s a research project at a prototype phase. Its aim was to explore such devices — and judging by the reactions and comments on the internet, people are not ready to use it just yet.”

A paper describing the project is available to read online.

Read more from News
← Whitestone Dome Glass Screen Protector for Note 9 review: The clear winner
Give your phone the finger with this creepy, versatile robotic attachment →