Pokémon Quest offers a charming new twist for fans of the iconic franchise! [Game of the Week] 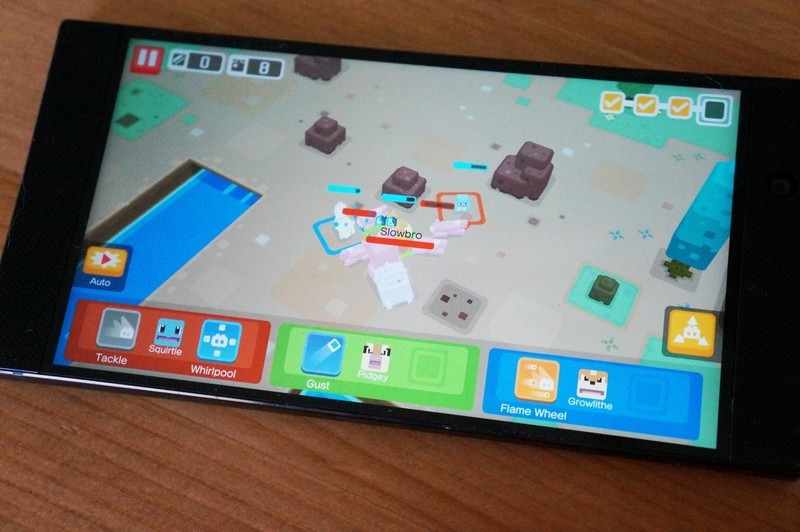 Nintendo has done a fantastic job adapting its iconic game franchises for mobile, and its latest, Pokémon Quest, is a surprisingly great game. Like, really surprising.

I’ll be honest in saying that I wasn’t overly enthused about Pokémon Quest when it was first announced. So Nintendo plans to take its cute and cuddly collectible creatures and make them even more cutesy in a colorful new mobile game? And it’s not just a straight port of one of the classic GameBoy games?

Boy how foolish I was to question Nintendo. They’ve managed to create a game that balances some of the best parts of the Pokémon games you remember — collecting and battling Pokémon — while introducing new game mechanics that we’ve seen before in other games but feels fresh here.

The game has you exploring the newly-discovered Tumblecube Island, a mysterious place where all the Pokémon are cube-shaped. The place is full of wild Pokémon and loot, and it’s up to you to explore and extract as much loot as you can. First, you set up camp and cook up meals to attract Pokémon to your camp, then you power up your team and head out on expeditions to battle wild Pokémon, including some epic boss Pokémon.

Best of all, Nintendo didn’t implement a restrictive “freemium” model here. Sure, there are PM Tickets which are used as in-game currency, but you can play through the entire game without using them, and they’re there to let you instantly complete certain tasks.

Overall, it’s a really fun and charming game that’s definitely worth checking out this weekend!