When you think of Lincoln you can’t be blamed for imagining those Navigators and Continentals that pick up very important folks at the airport. But the automaker wants to make sure more than professional drivers get behind the wheel of their cars. The new Aviator looks like it might just do that.

Unveiled at the New York Auto Show, the Lincoln Aviator is more than just a shrunk down Navigator. It’s its own vehicle and it looks amazing. While designing the SUV with third-row seating, the automaker decided against the more aggressive lines that have appeared on vehicles in the past few years. Instead, it looked to the world of planes (duh, Aviator) for something a bit more fluid and the results are magnificent.

It’s also more than a pretty face, the interior is incredibly comfortable. Like La-Z-Boy chair comfy. While not quite a concept car (Lincoln called it a “teaser” model), it’s also not ready for people like me to get inside it and start pushing buttons and try to open compartments. Hopefully, at least 85 percent of what I saw in the car makes it into the production car.

When Lincoln does ship the Aviator, it’ll have a twin-turbo V6 engine with a plug-in hybrid option. The automaker didn’t share any additional information about the engine or battery range of the car. 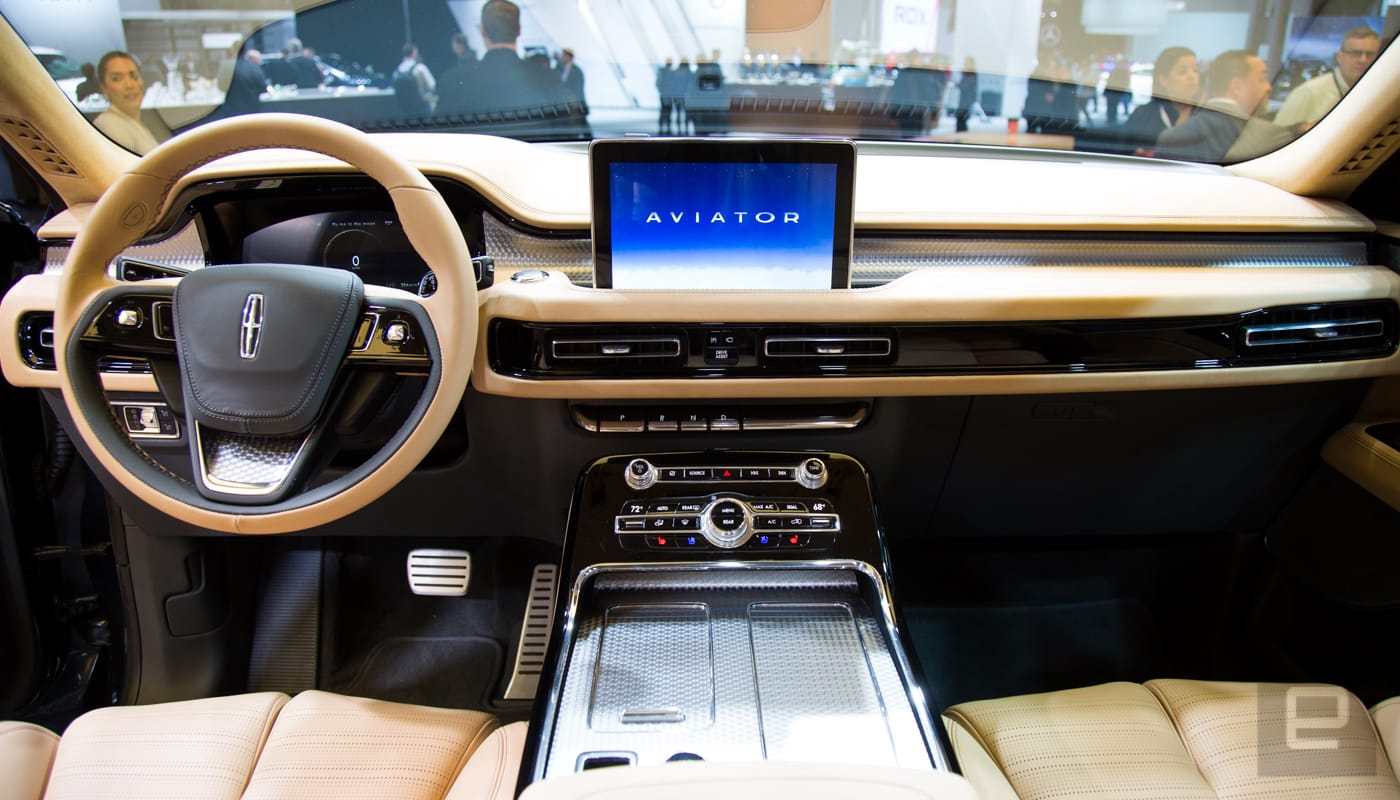 What Lincoln will tell us is that when the Aviator hits showrooms in 2019, owners will be able to use their smartphones to lock and unlock the vehicle. Sort of like the Tesla Model 3. But you know, bigger and with more buttons.

We also don’t know how much the Aviator will cost. We’ll probably find out at a future auto show. Meanwhile, the luxury SUV market is full of great looking vehicles and the Aviator on design alone is certainly ready to join those ranks. Next year we’ll find out if it drives as well as it looks.

Click here to catch up on the latest news from the 2018 New York Auto Show.