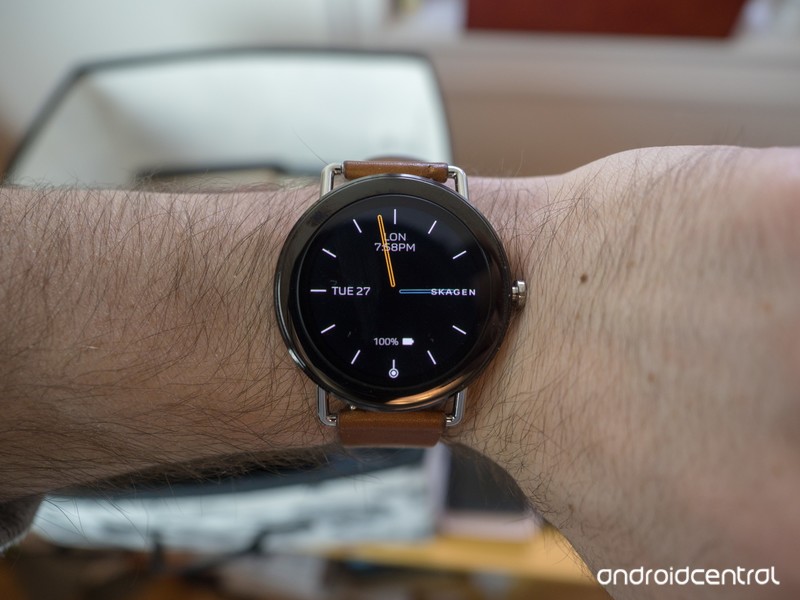 It took far less time for the smartwatch market to cool than the smartphone ecosystem it was supposed to emulate. The interest curve of early adopters to mainstream consumer acceptance seemed to happen fairly quickly, but the falloff was, I think, far more severe than anyone realized.

I’m referring mainly to the Wear OS (née Android Wear) and not to the Apple Watch, which as Apple products usually are, seem to be immune to category softening (though one could argue that the Apple Watch never quite took off as many pundits believed it should have).

This brings me to the current environment for Android-based smartwatches. There’s a new name, Wear OS, and the promise of upgrades to come, but right now, all but a few tech companies have bowed out of the race. It’s unlikely we’ll see successors to the LG Watch Style and Sport this year, despite being modeled as the “Nexuses” of Android Wear in early 2017, and Samsung long-ago decided that its wearable fate lies in the hands of its own Tizen platform (a decision that appears prescient).

In lieu of the tech companies, fashion brands like Michael Kors, Fossil, Movado, Tag Heuer, Guess, and others decided they needed to add smarts to a stale industry to better compete with the looming Apple Watch revolution, and glommed onto then-Android Wear with unabashed confidence. But instead of innovating in the space, they’ve merely turned their storied designs into touchscreen equivalents, replete with second-rate watch faces and oversized hardware — to accommodate the large batteries needed for the ancient processors inside them.

After being pleasantly surprised by Michael Kors’ second-generation Grayson smartwatch, which featured a large, vibrant display and an honest-to-goodness manipulable crown, I was curious to see how Skagen’s entry into the canon holds up.

My take? It’s not great, but I love it anyway.

Skagen Falster What I love 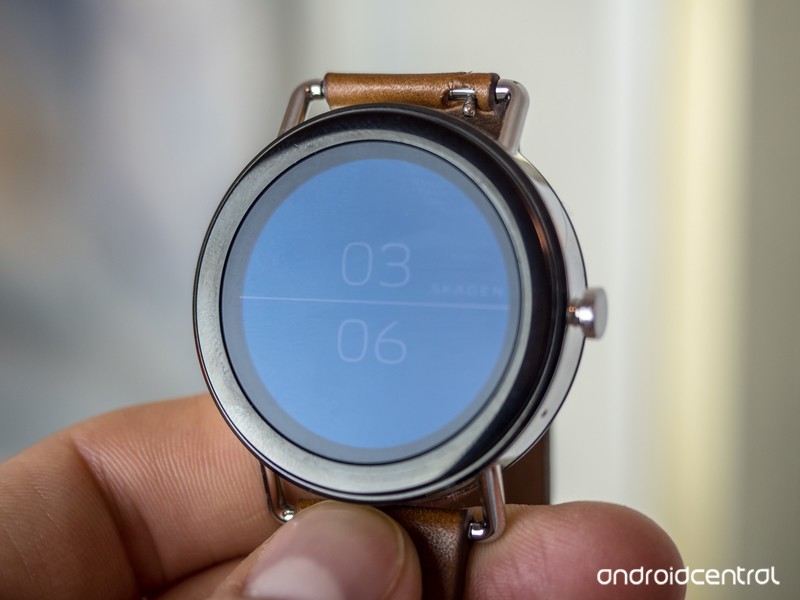 My first Skagen watch was a gift to myself for my 16th birthday. I was a counselor at a small summer camp and earned just enough money to buy a couple computer games and one of those thin, mesh-banded watches you see at department stores all over the world. I still have it, though the battery ran out years ago. I’ve always appreciated Skagen’s minimal Danish aesthetic, though in the years since I’ve switched predilections from metal to leather. That’s why I was so eager to try the Falster, which reworks Skagen’s familiar design into the Wear OS facade that we’re familiar with today.

Like Movado’s entry into the Android Wear game (and I’ll be using Wear OS and Android Wear interchangeably throughout this piece, so simmer down), Skagen takes the bare essence of what makes its hardware recognizable — circular symmetry; exposed lugs; thin, comfortable bands — and fills in the gaps with software. The six included watch faces are overly simplistic, and only barely meet the requirements of Skagen’s storied branding, but alongside the comfortable 20mm brown leather strap (there are also steel-mesh and black leather options), I found a couple faces I love and settled into to be won over with charm. 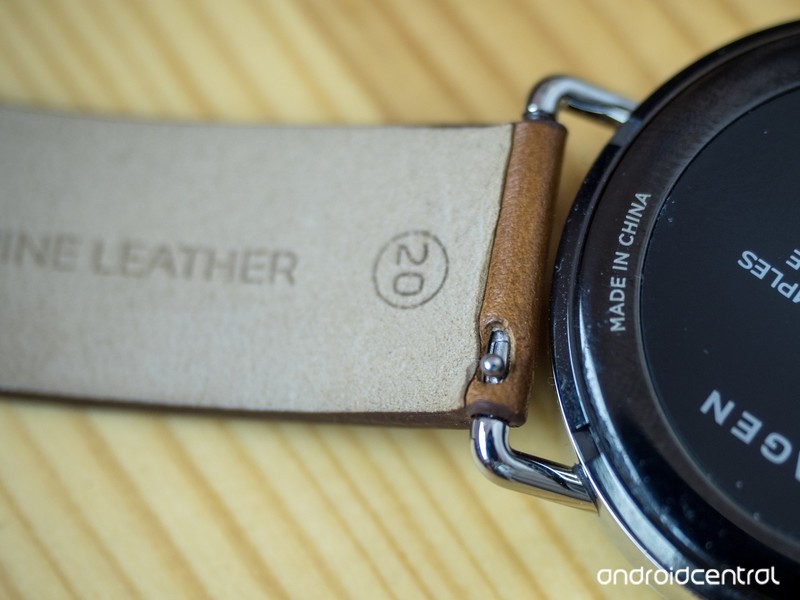 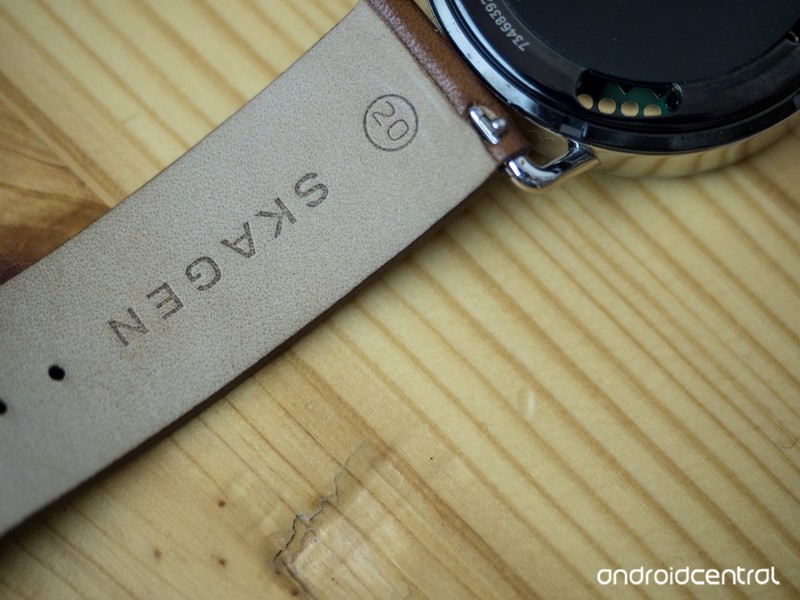 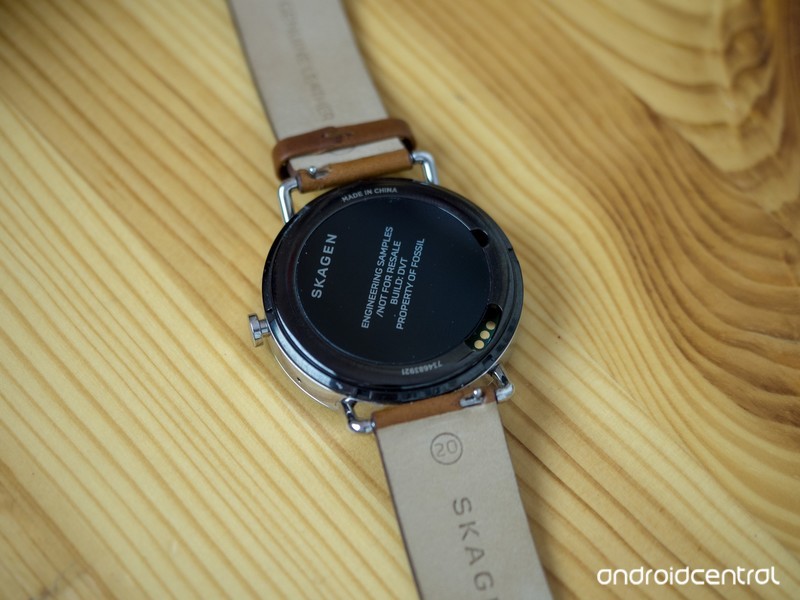 You see, at the moment Wear OS is a known quantity; the app store is a barren wasteland, but the platform’s core competencies are still in tact, and over the years I’ve learned to expect little else but accurate time and notifications.

That the Falster offers a fairly convincing digital approximation of a real Skagen watch while mirroring notifications from my Android phone (and offering quick responses by voice, canned retorts, and a beguilingly small keyboard) is enough to satisfy my needs, and do it in a way that justifies its $275 price. It’s not cheap, but I’ve spent more on watches that do less, and this one hits me right in the feels.

Even if it lacks a few things that would make me cherish it for longer than I likely will. 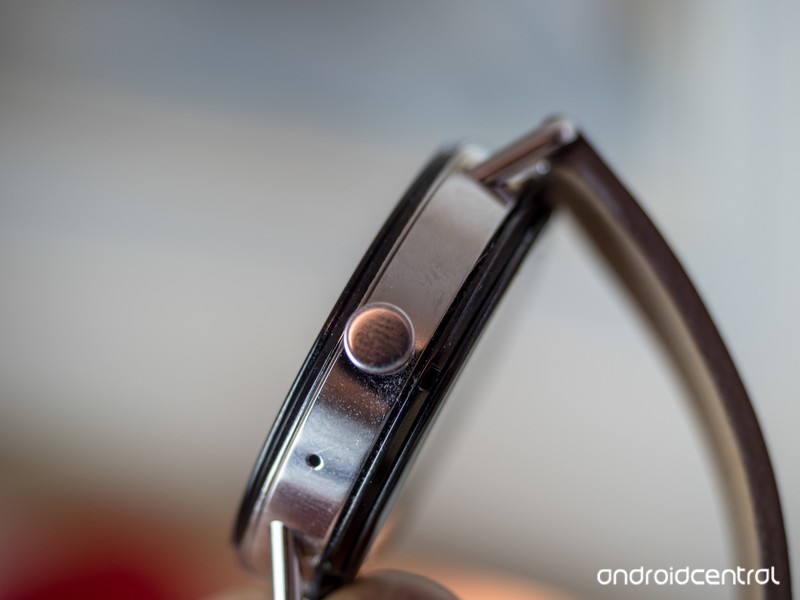 Where is my digital crown? When I unboxed the Falster and realized the single side button was just that, and not a more desirable way of navigating the OLED display, I was more than a little disappointed. When I realized the watch lacked NFC capabilities, which prevents Google Pay, it added to the frustration. And while the lack of a heart rate monitor isn’t as significant a pockmark, it reinforces that this is a smartwatch for those who want little more but to be seen wearing a smartwatch.

Battery issues with Wear OS watches have more to do with Qualcomm’s ancient processor than the battery size or screen quality.

The side button isn’t very good, either: it’s squishy and requires almost a double press to activate, and feels like it would be the first point of failure. And while the screen is a manageable size on my wrist, its 42mm diameter means it may not be as universal as Skagen desires. Thankfully, there’s an ambient light sensor hidden behind the display, but there’s also a massive bezel swallowing a good 10% of the front — and the 12mm thickness of the body makes it difficult to forget that you’re wearing a gadget instead of a timepiece. 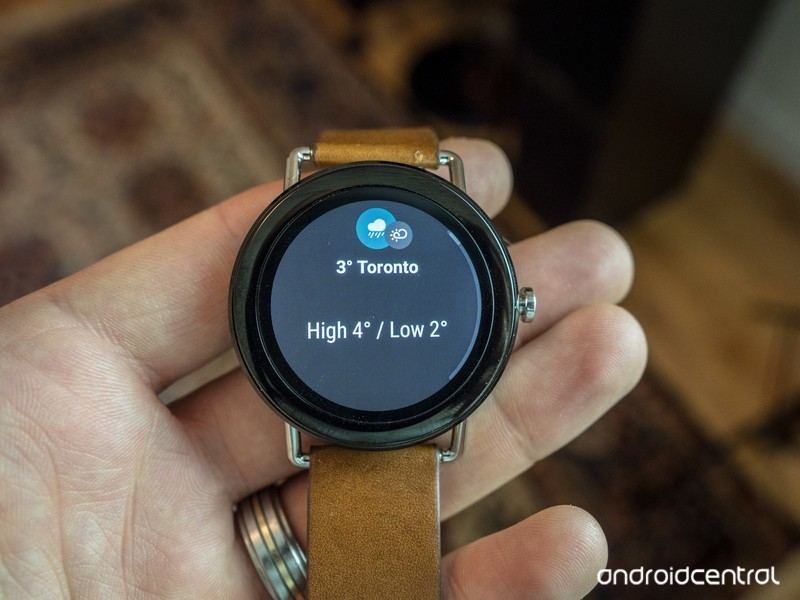 Such dimensions would be justifiable if battery life was better than the average Wear OS device, but it’s not. I used the Falster every day for two weeks and bled it dry each time, and managed around 36 hours — the afternoon of the following day if I took it off the charger in the morning — before it died. Not particularly surprising, but not reassuring given the pedigree.

The issue is barely with Skagen, Fossil, Michael Kors, or any other sucker company building Wear OS watches these days; the Snapdragon Wear 2100 chip inside the device is a derivative of the smartphone-based Snapdragon 400 that shipped in the first generations of Android Wear smartwatches. In other words, there’s 2013 tech inside this 2018 watch. That Google hasn’t worked with Qualcomm to further the progress of this silicon speaks to the indecision and insecurity around wearables as a viable long-term business. While Intel has dipped its toes into the wearables hardware game with Tag Heuer and a few others, it will be Qualcomm that, should it decide to, pushes the market forward with smaller, more power-efficient smartwatch SoCs.

Charging the watch, too, is a bit of a letdown: the dinky plastic magnetic charger is identical to other Fossil-built smart products (likely a money-saving measure) and barely adheres to the bottom of the watch. It’s an Apple Watch charger clone done wrong.

Should you buy it? Do you love Skagen? Then yes 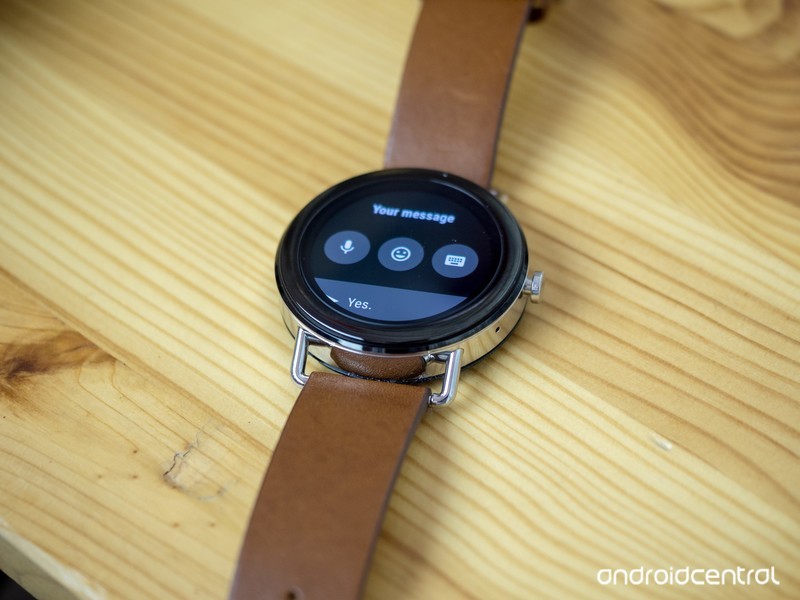 Like the watch market itself, the Wear OS ecosystem is separated less by the quality of the products these days than the nostalgia value of the brands themselves. I like Skagen so I like Skagen’s first attempt at a smartwatch. I like the way the Falster looks on my wrist because I enjoy minimal design and quality leather bands, and I don’t mind spending $275 for the privilege. I don’t mind that price despite the product’s numerous flaws and lazy oversights meant to prop up Fossil’s margins.

You, however, may mind, and that’s OK because there are plenty of other products that do practically the same thing for less money.