Windows Ink isn’t Microsoft’s first stab at bringing stylus support to PCs — that would be Windows XP Tablet Edition — but it is the company’s most successful. It made stylus support a core part of Windows 10, and it’s a big reason you’re seeing so many computer makers shipping digital pens of their own. While the company’s renewed push into the space with its hybrid Surface tablets seemed baffling at first, it’s ended up looking like a prescient move. It even convinced Apple to compete with the iPad Pro’s Pencil.

With the Surface Pen and Windows Ink, Microsoft found a way to let PC users do something completely new: It gave them a way to break free from the constraints of the keyboard and mouse.

“I think it’s [Windows Ink] the first time that technology has embraced ‘the messy,’” Aaron Woodman, general manager of Windows Marketing, told Engadget. “For me, seeing Pen come to life in a way where you don’t have to go from top to bottom, from left to right, you can create in a way before your thought is really complete. I don’t think there’s a ton of technology that’s really embraced that fluidity.” 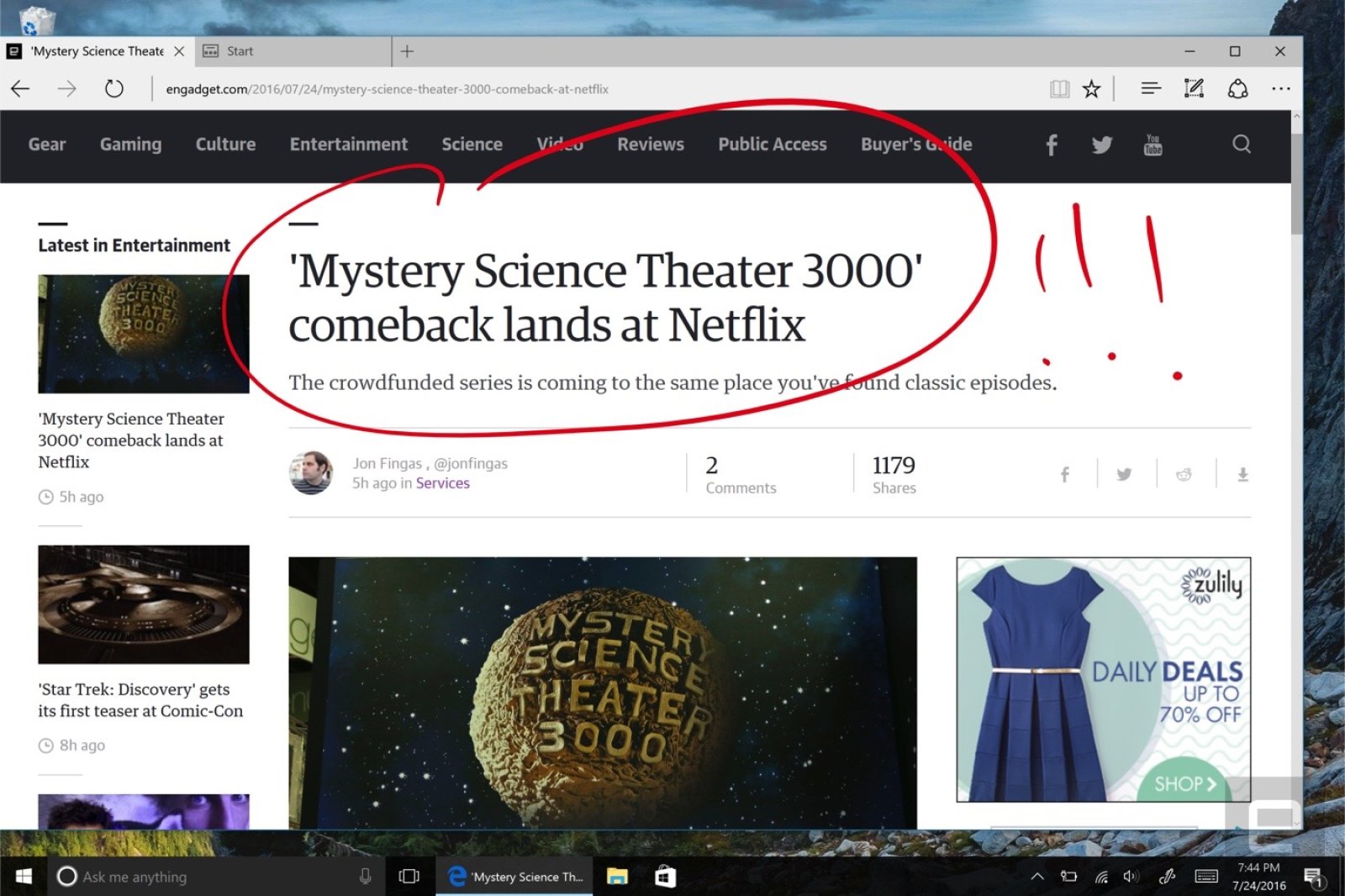 He’s got a point. The way we interact with computers hasn’t changed much over the years. If you learned how to use a PC with a keyboard and mouse, you’d have no trouble using a modern machine. The advent of smartphones and tablets, with their capacitive touchscreens, was the biggest change over the past few decades. But what if you want to draw a detailed picture, jot down notes in your own handwriting or write out mathematical equations? You’d turn to one of our earliest writing tools: the stylus.

“We’re embracing that, yes, [stylus support features with Windows Ink] are hardware-driven; yes, they require a platform that has to be broad in reach; and yes, for part of that, you need ecosystem partners,” Woodman said. “That really starts to get people to understand it and see themselves using it in applications like Office. To see that come through in a way that customers don’t feel like they’re jumping over walls, I think it’s really satisfying personally.” 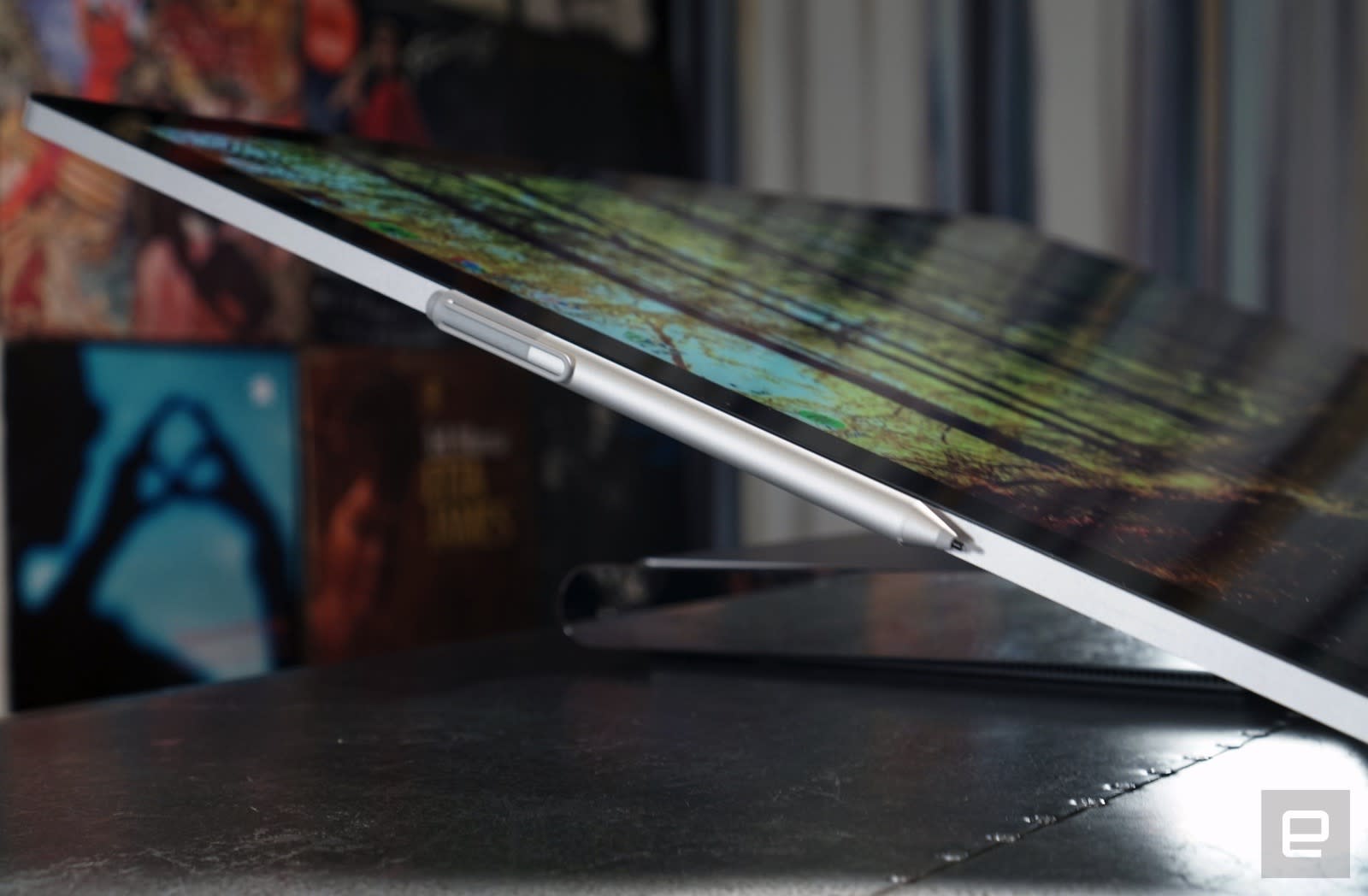 In particular, Woodman credits Microsoft’s close partnership with Wacom, a company best known for its stylus tablets and displays, for the progress with Windows Ink so far. That allowed the two companies to build a sensor that “essentially allows you to go between pen protocols.” For computer makers, that’s helpful since it lets them choose between different pen protocols. Basically, it let Microsoft open up the market for styluses, just like Windows did for PCs decades ago.

Now, Woodman says retailers are selling twice as many pen-capable machines, compared to those that don’t have them. 43 percent of consumers with stylus machines are also using their pens monthly, according to Microsoft’s stats. Given just how well they’re taking off, though, it’s surprising that Microsoft chose to make the Surface Pen an additional $100 purchase for the Surface Laptop, Pro and upcoming Book 2.

Windows Ink’s integration with Microsoft Office is a clear example of how stylus support can breathe new life into programs we’ve used for years. In Word and PowerPoint, you can use a stylus to edit documents as if you were marking up paper. And, as you can imagine, having a more natural input mechanism is a big help for OneNote. It’s not only useful for jotting down your thoughts, but you can also use it for recording complex math equations — the sort of thing that would be tough to type out on a keyboard. OneNote can also convert your handwritten equation into something formatted for a computer, and you can then have it evaluate an equation, factor it and graph it. 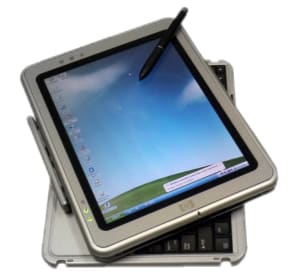 It was a long road getting here, though. The first “Tablet PCs” powered by Windows XP (like the Compaq on the right) were woefully underpowered, heavy and generally just hard to use. It was difficult enough to get them to do basic Windows tasks, so there wasn’t much chance consumers would spend time with their styluses. There were also some early digital pens available for Windows 8. Really, though, it took the launch of the Surface 2 and Pro 2 for us to really see what a stylus could do in Windows. The Surface Pen was light, responsive and simply felt good to use. Microsoft steadily refined it with future Surface models, giving us better tips and more pressure sensitivity.

Even after the launch of Windows 10, it took over a year for Microsoft to make stylus support truly meaningful with last year’s Anniversary Update. That introduced Windows Ink and its accompanying software, including built-in sticky notes and a sketchpad. More importantly, it also gave Microsoft’s partners more of a reason to bundle styluses with their computers. Apple entered the fray with the iPad Pro’s Pencil in 2015, which is a decent stylus, but is only useful in a few creative apps. And you can forget about seeing it in MacOS anytime soon — Apple is focusing its touchscreen efforts entirely on iOS. 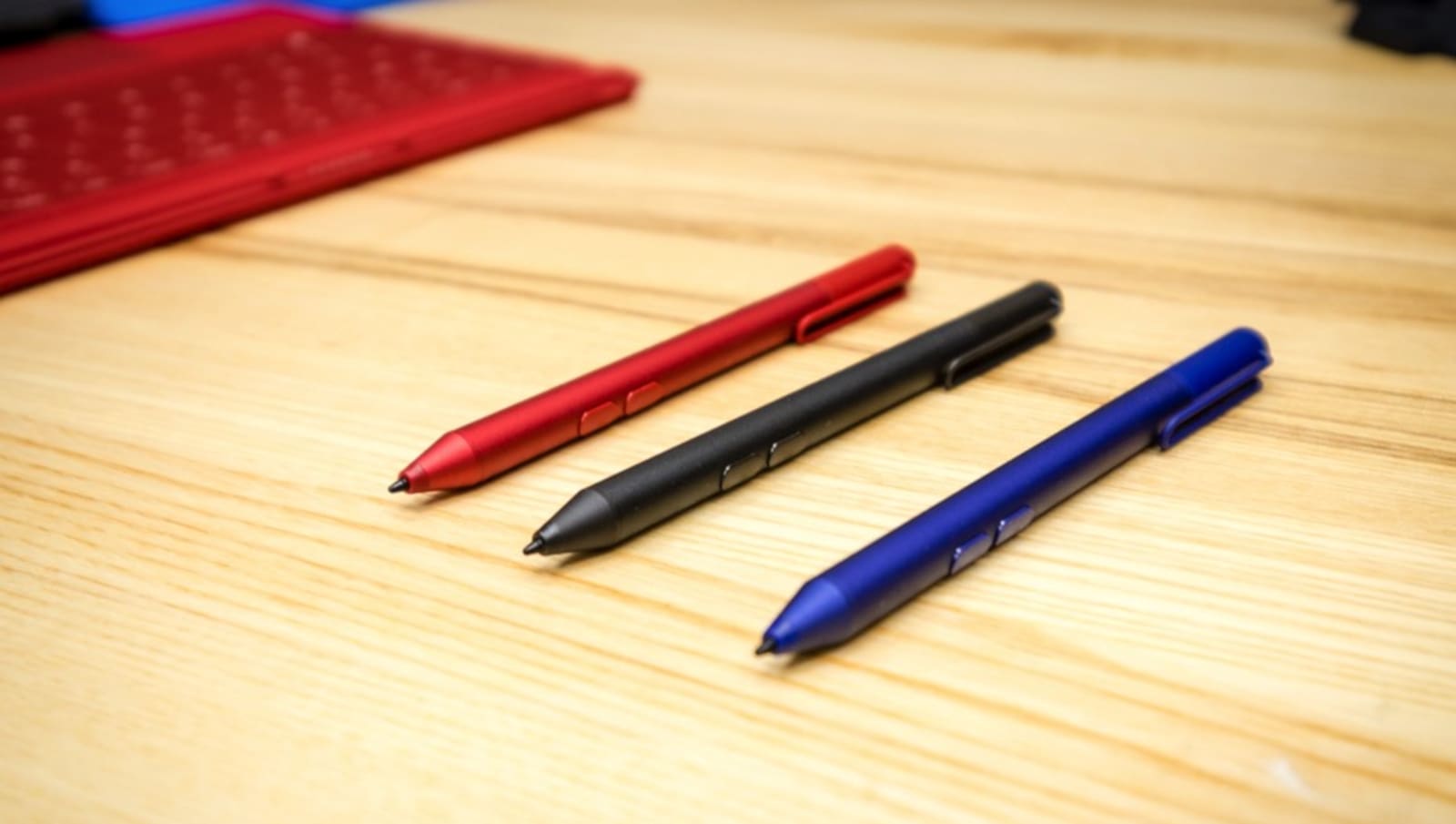 Embracing a new type of computing creativity seems a bit out of character for Microsoft — at least, the pre-Satya Nadella Microsoft. But the timing for the company’s change of heart makes sense. Thanks to faster and more efficient computing hardware, it’s finally turning its stylus ambitions into a reality. And more importantly, consumers and computer makers are finally paying attention.

“On some level, we have a responsibility to solve the challenges customers are facing,” Woodman said. “Now, watching 3D objects in Powerpoint [via the Fall Creator’s Update] is mind boggling. Not because you see it in 3D, but because it saves you infinite steps. I think Pen has the same type of promise. It’s more about just feeling like you have that permission to go beyond the boundaries of how people have defined the products so far.”