NASA’s Curiosity Rover has been roaming around Mars for more than five years. In that time, it’s sent back a ton of data about the red planet. Thanks to the robot, we know that the veins dotted around its craters were likely created by evaporating lakes. It also spotted more water evidence in possible mud cracks. And, its findings led scientists to theorize that ancient Mars had a lot more oxygen that they initially thought. But, all that riding around hasn’t been easy on the car-sized machine. In the past, it’s suffered a software scare here and there. This time round, its wheels are the problem.

A routine check of the Curiosity’s six aluminum wheels found that one had two small breaks in its grousers. These are the zig-zag shaped treads that extend about a quarter-inch outward from the skin of each wheel. Along with the robot’s traction control algorithm, they help it to manoeuvre around the planet’s uneven landscape. NASA discovered the wear and tear in an image from March, confirming that the damage occurred after its last check on January 27. As you can tell, the space agency is closely monitoring any signs of aging. 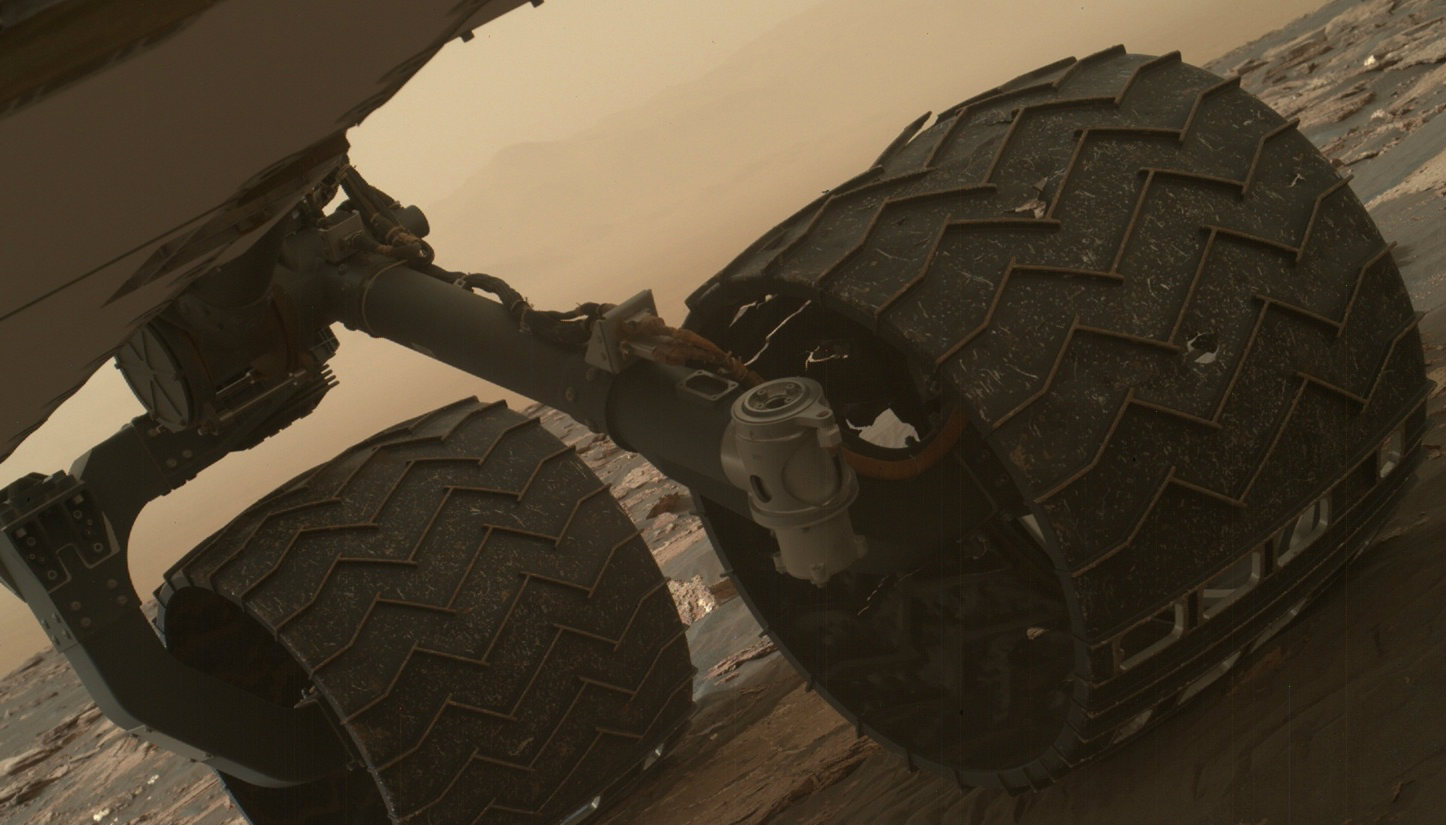 Don’t break out the Kleenex just yet, though, as NASA assures the robot has plenty of fuel left in the tank. Overall, it’s approaching the 10-mile mark of its run, and could still squeeze around 40 percent more life from its wheels. Although it may not sound like much ground has been covered, Curiosity has long outlived its primary mission.

The robot can currently be found examining sand dunes on a geological area called the Murray formation. It will also continue climbing Mount Sharp to investigate how the region’s ancient climate changed billions of years ago. Expect it to send back some epic images along the way.

Read more from News
← Audi wants autonomous cars to run errands while you’re at work
iPhone 8 Plus vs. iPhone 7 Plus: Every New Feature Compared →