YoYo games launched GameMaker Studio 2 on macOS this week, bringing the popular multiplatform 2D game development engine to the Mac for the first time. To date, the GameMaker Studio family of products has been downloaded more than 10 million times since 2012 and currently has 200,000 monthly active users, according to the developers.

The Scotland-based outfit originally launched GameMaker Studio 2 on the PC in March and has since been working hard to bring the game creation suite to a wider subset of developers, ensuring every major upgrade and feature addition is preserved in the macOS version.

“We worked tirelessly to ensure GameMaker Studio 2’s Mac debut would coincide with the needs of game developers that prefer to use platforms outside of Windows and home consoles,” said James Cox, general manager, YoYo Games. “After months carefully considering the feedback we received from beta testing and direct community outreach, we’re confident that developers who prefer Mac can now feasibly create games on the often-ignored platform. We’re always looking for ways to expand game creation to as many developers as possible, and we know Mac users will make some stand-out games with these resources.”

The new, fully customizable Mac Integrated Development Environment (IDE) includes an object editor for structuring workflow, a tabbed script editor, drag and drop features to enable game creation without going near code, an extensive library of events and actions, and code preview tools for those who want to take their games to the next level using the GameMaker programming language (based on C). 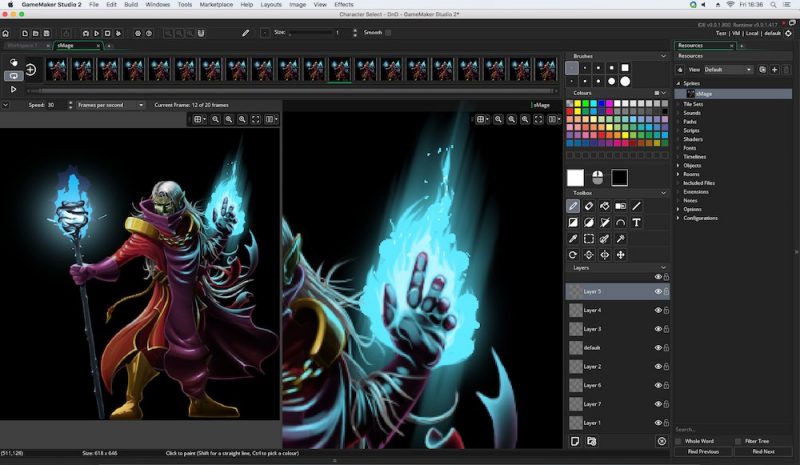 The suite also features a room editor where layers and tile brushes are on hand to control objects and sprites, and a new brush-based image editor with animation support for creating new assets for games. 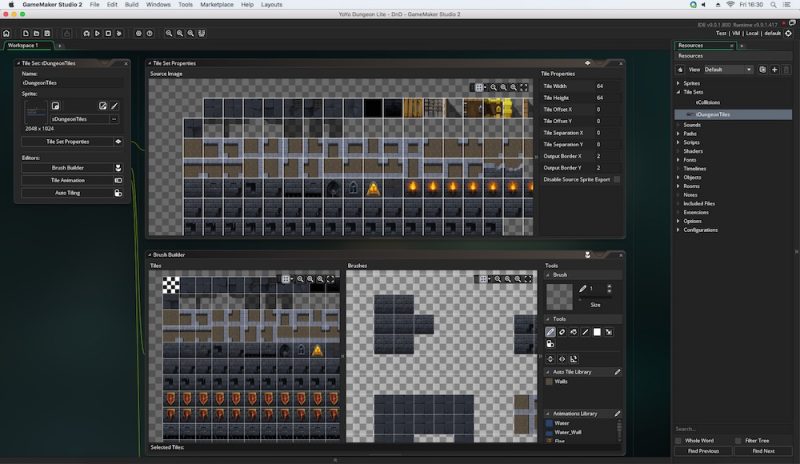 Timed with the macOS launch, GameMaker Studio 2 is also receiving a comprehensive update with new features and quality-of-life improvements. The 2.1 version update introduces code-folding features that allow users to hide and expand sections of code for easier editing, a new integrated debugger, customizable workspace layouts, and multi-touch support for coding on the go on Mac laptops.

While GameMaker 2 has a very high skill ceiling, Cox claimed the product is for all levels of developer, being used in schools and purchased by children as young as eight who use the drag and drop features to turn their ideas into playable games. 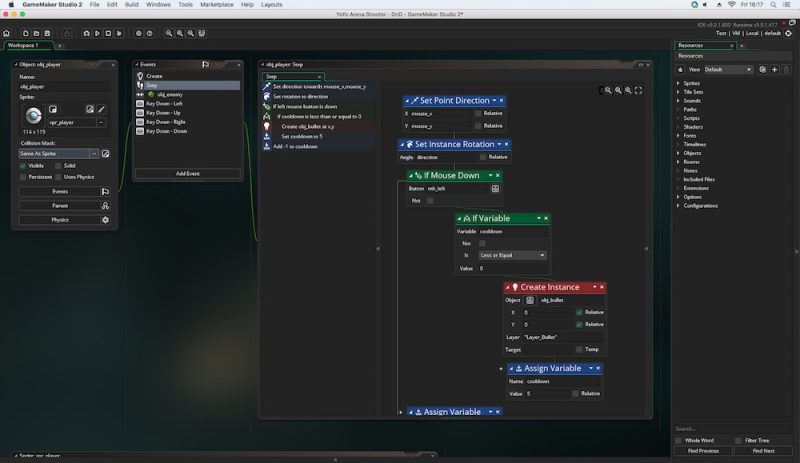 GameMaker Studio is a 2D game design platform, but what makes it different is its breadth of application. The drag and drop design features provide beginners with a way into game design without having to become coders first, so the passion that got them into game design isn’t extinguished under a mountain of programming learning; that can come later. The drag and drop approach, creates real code that gives granular control, in our C based GameMaker Language (GML), to more experienced developers. For more established Indies and Studios, our workflow is what sets up apart. It’s really quick to get results with GameMaker, as we remove the repetition, and they can turn their games into amazing audio-visual experiences with our advanced graphic design and sound-mixing functionality.

GameMaker Studio 2 can be purchased for Windows, Mac, and Ubuntu for $100 on the YoYo Games website.
Discuss this article in our forums