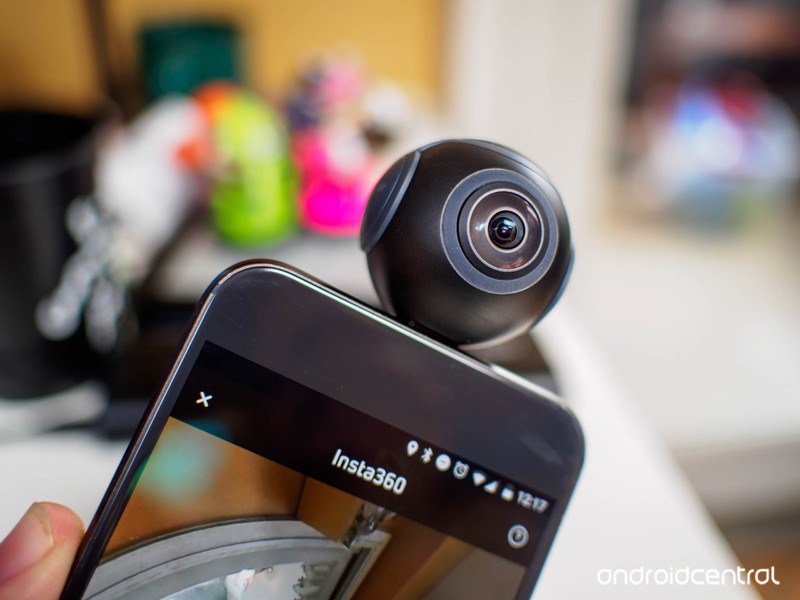 As much as I love taking photos with my trusty Ricoh Theta, it’s not the easiest thing in the world to use. I have to remember to keep it charged, the Bluetooth connection with my phone can occasionally be a little finicky, and while it’s thin enough to be pocketable it’s also long and needs a protective sleeve to keep the lenses safe. Most other 360-degree cameras are worse, especially the ones that have removable storage slots that also need to be independently managed.

I need a 360-degree camera that doesn’t feel like work when I use it to capture something fun, and the people at Insta360 think the new Air camera for Android is the right way to go. Here’s how that worked out. 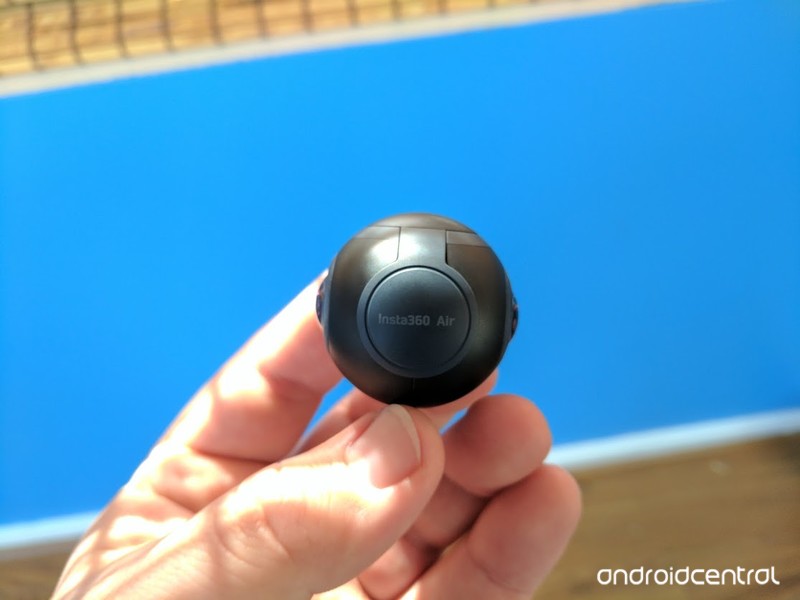 Insta360 Air is, without a doubt, the smallest 360-degree camera you’d actually want to use. This is accomplished by removing things like batteries and storage slots and excess plastic. Instead, what you have is a pair of fisheye sensors with an image processor to stitch the two halves together and a USB-C port to connect to your phone.

This setup doesn’t get much simpler. You install the app from the Play Store, and when you connect the camera to the bottom of the phone, it immediately launches the app. Take the photos or video you want to take, the photos are immediately stored on your phone, and you remove the camera when you’re done.

When not in use, this little camera stores in a small rubber sleeve that keeps the USB-C port safe and the lenses mostly protected. I say mostly because it’s possible for sand or sediment to get in between the rubber and the lens when in your pocket, which could score the lenses over time if you aren’t careful.

The important thing for day to day is that the rubber casing protects the camera housing well enough that you could toss it in a bag and be off without a worry. With this casing added, the little orb isn’t the most comfortable thing to have in a front pocket, but it’s no more uncomfortable than a large set of keys, so it’s probably fine for most folks. 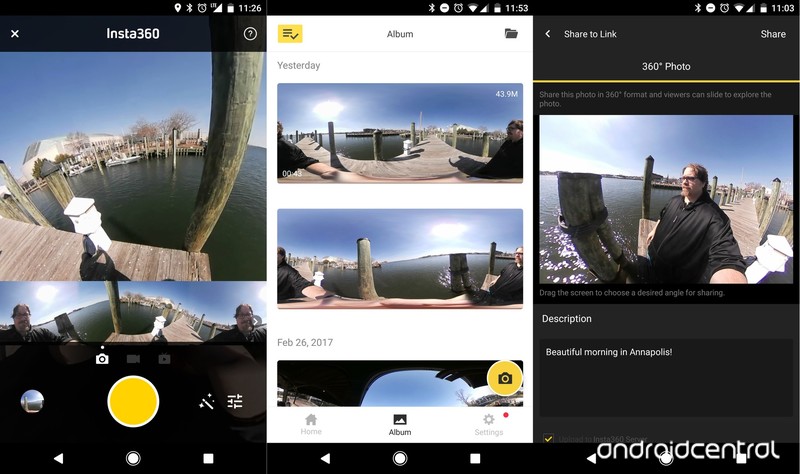 When the Insta360 Air app launches, you’re immediately ready to take a photo or grab a video. The time from connecting the camera to taking a photo is less than 10 seconds if your phone is locked, which isn’t bad. Flipping from photo mode to video mode to live broadcasting is all a single button press away, and since it all relies on your internal storage and cellular connection, there’s no Bluetooth delay for anything.

If you’re looking for a quick and easy 360-degree selfie camera, this would be the one to get.

Once you’ve taken a photo or video, you can either share immediately to your preferred social network, add a filter or two, or get involved in the Insta360 social stuff built into the app. There’s nothing particularly advanced here, unless you’re trying to see the 360-degree photos you’ve taken from outside of this app. Google Photos won’t have access to these photos unless you specifically export your images to a folder on your phone, which has to be done individually. This is clearly designed to be a quick and contained experience, and there are some seriously fantastic photos shared by others in this app.

But the whole thing is upside-down, which is fine when taking photos but weird once you’ve removed the camera. Even when the camera isn’t attached, the UI for this app rotates so you have to hold your phone as though it were. It’s probably more confusing for new users if the UI was constantly switching back and forth, so I can appreciate the design decision, but it’s an odd experience once you’ve become familiar with the way the camera works and just want to quickly share something.

You’re really only using this for selfies

While the camera and its software score high marks for convenience and portability, the camera itself just isn’t all that great. The image quality is relatively low when compared to the Ricoh Theta S, especially when it comes to detail and low-light performance. This is a usable camera when lighting is perfect and everything you want to take a picture of is within 10 feet of you, but if you’re trying to capture a large room or an outdoor scene it’s going to disappoint.

There’s something to be said for the ability to quickly livestream in 360, and this camera does handle that well. With services like Facebook and YouTube looking into more 360-degree content, cameras like this one will be valuable for quickly capturing the whole scene around you when something needs to be shared. It’s very cool to see such a future-forward feature on this camera.

You’re also never going to be able to use this camera without holding your phone, so every photo with this camera is a selfie. Even if you have a stand for your phone and can set the camera up to capture a scene without you in it, there’s no remote shutter for Android Wear or anything like that. The best you get is a time delay for capturing a shot, so you can set the phone up and run away quickly. If you’re looking for a quick and easy 360-degree selfie camera, though, this would be the one to get.

Read more from News
← Sony’s Motion Sonic wristband makes sound with a wave of your arm
LG G6 will launch in the U.S. and Canada on April 7 →