Google I/O 2017 preview: Everything you need to know about Google’s dev conference 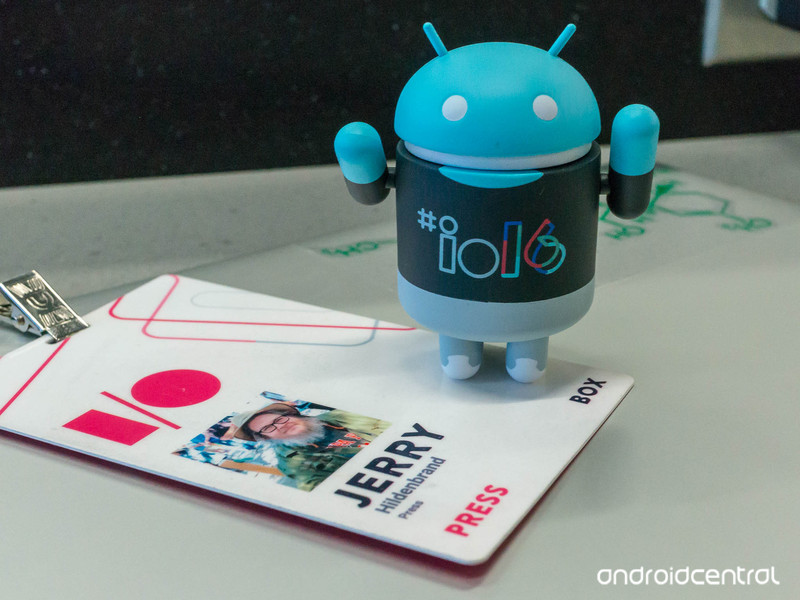 What we expect to see from this year’s Google I/O.

Google I/O 2017 will be here before you know it. Everyone’s involved: Google itself, presenters, hardware partners, and anyone else who will make the three-day event awesome is busy getting ready. We’re going to have fun and learn stuff. That’s the perfect combo.

Last year’s Google I/O had some logistics problems that shouldn’t return in 2017.

2017’s I/O is going to be at Mountain View’s Shoreline Amphitheatre like it was in 2016. That caused a few, ahem, difficulties last year and we learned that even Google is unable to control the weather and figure out you need more than 50 chairs to seat 200 people. I’m sure they did a good bit of post op and think they have a better handle on things this year. I know we do and we’re already talking about how we can do our jobs better at this type of event.

Of course, the most important things to come out of Google I/O will be seeing the direction Google’s products will be taking for the year. We typically see several announcements that have everyone shifting gears and trying something new, but most of Google’s products are mature and won’t see any major changes on the user-facing side. When the event is over, some will be excited and some will be disappointed, so it will be the same as every year on that front. But make no mistake; Google will be pushing Android and Chrome forward while they chase the next billion users. 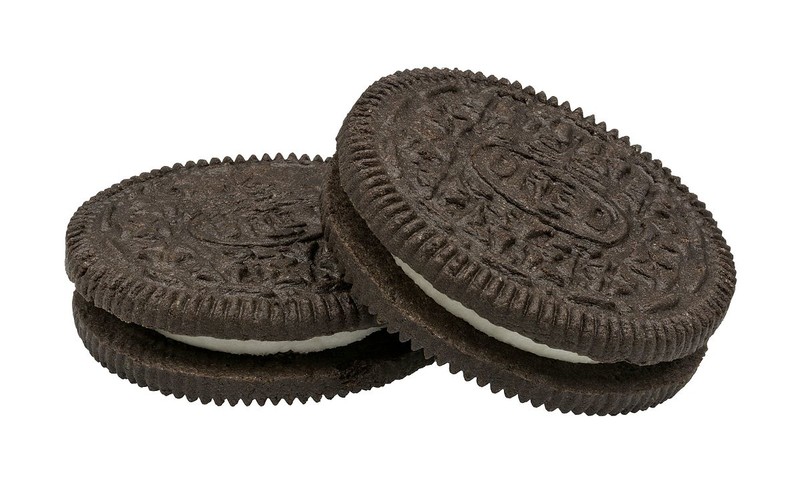 There’s no way Google can get through the week without saying something about the next version of Android.

I expect to see some early demos on the big screen, as well as just enough information about what’s changing to get developer interest piqued. But we’re not going to be flying home from the Bay playing with any type of beta software.

There is so much misinformation being spread around (much of it on purpose) about phone hacking that Google almost has to address this area.

Expect Google to affirm that the encryption methods used to secure your data inside Android haven’t been cracked by anyone no matter what any ex-pats may say on Twitter. But they will recognize the threat we’re seeing from leaked documents and how the focus has changed. A shift from widespread surveillance then pouring through it all has moved to targeted methods to attempt to gather intel one phone at a time. That’s a very big challenge for Google, Apple, and Microsoft to tackle and will mean some changes have to come.

Now would be a good time to encrypt Gmail from end to end, Google. 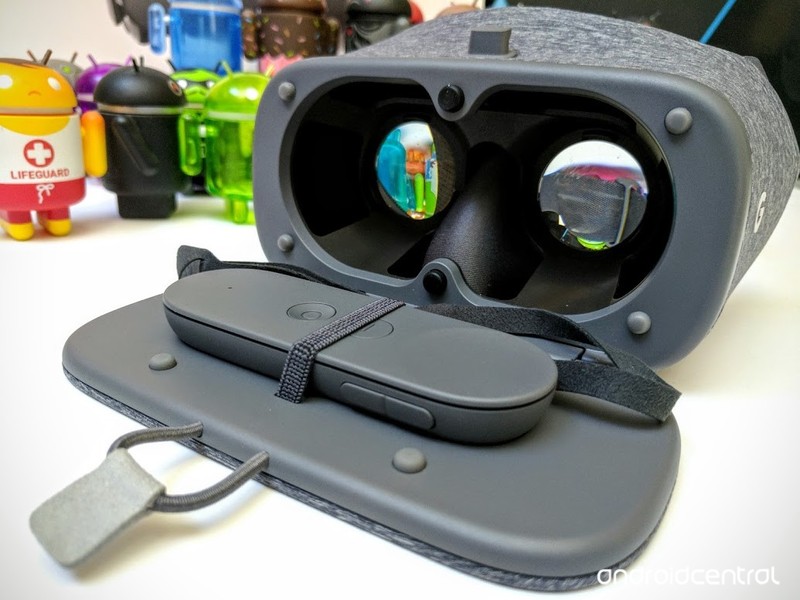 Daydream is just the beginning. Google needed to make VR inexpensive and comfortable before they could take the next step and we’re already seeing enormous amounts of work from the Android and Chromium teams when it comes to VR and AR.

Strap yourself in because VR is going to be bigger than ever.

We can say with confidence that Google wants to be able to bring rich mixed reality content to your eyeballs via the web, on every screen you own. How they plan to do this is still a mystery, but the first steps — a VR web experience through Chrome for Android — are already in place. More importantly, developer tools that make it easier to build a VR web are a priority and alliances, like the Khronos Group, are making the technology ready for content.

The success of products like the HTC Vive and PlayStation VR mean that the market for people who won’t or can’t spend that much money is super important. Google and Facebook and Samsung and Oculus all competing to try and outdo each other is great news for us.

You’ll be able to get your fix for everything VR from Google I/O both here at Android Central and VRHeads, so you won’t miss a thing!

Google in your house

Google has been thirsty to get into our living room for years. The combination of Chromecast, Google Home, and Android TV give them the best shot of doing it that they’ve had.

Google knows the edge they have when it comes to Assistant. It’s part of an internet writer’s job to remind you that Alexa can do 11 more things than Assistant right now, but that’s the tiny picture. Google has a mountain of your data. When combined with the mountains of data from everyone else, they have the most difficult part of training an AI system to be smart. They just have to figure out how to present it while it’s learning so we want to keep using it. Amazon doesn’t have this, but Facebook does and they will soon make their play in the same space. Google needs to be one step ahead here.

One of the bigger pieces of the puzzle that often gets overlooked is Android TV. With Nougat, Android TV has most everything it needs to become (and replace) your cable box and DVR. Potential changes planned with Android O could fill in the rest and the right hardware partner could mean Google is at your cable company, too. Google routers and TV boxes can provide everything we want from an entertainment package and Google gets more of that precious data they need to survive. 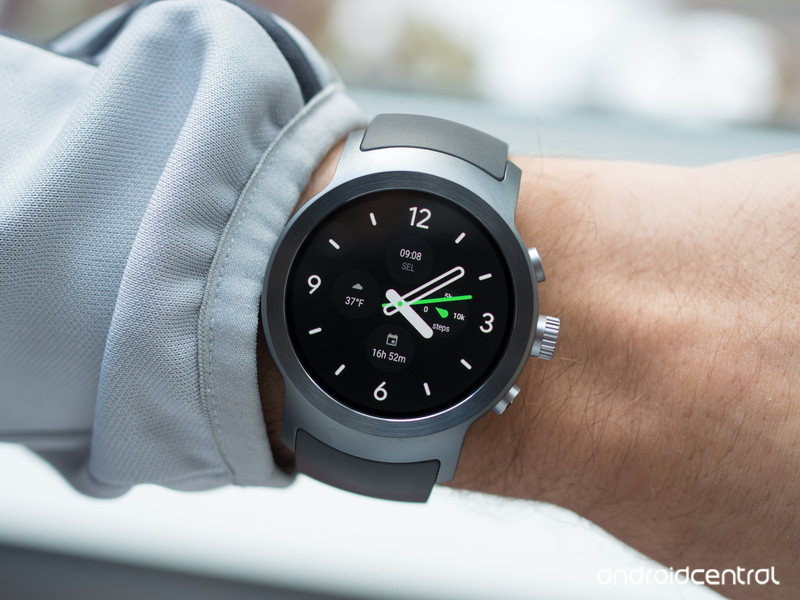 Google was very smart in how they handled the Android Wear 2.0 update and it reminds us that they are serious about wearables, even if we don’t get news on them every day.

Wear 2.0 took the best ideas about how computing on your wrist can be done and implemented them without adding extra cruft to a system designed for very limited hardware. From first experiences, it looks like they were successful and Wear 2.0 is part of what it will take to make smart watches compelling again.

Wear 2.0 is good enough to make us want smartwatches again and Google is going to make sure we know it.

What’s missing (and what we saw from Apple) is the right fitness partner. Names like Nike can make a platform mainstream as long as the initial release is good enough to get people to buy the next release. Any new platform, whether it be on your wrist, on your TV or in your car, is instantly caught in the worst Catch-22 situation available: Content is needed to attract buyers and buyers are needed to attract content creators.

We know companies like LG can make the hardware and Android Wear can power it all. Now Google needs to make sure everyone else knows and some big news for wearables at their annual developer conference would be a smart way to get started.

Google has some amazing products and projects for use on the web in general. Some we use every day and others that we only know the buzzwords surrounding them. And plenty of others we don’t know about at all.

Besides the obligatory news and improvements for advertisers and analytics (someone has to make all the money so everyone else can have some fun), we might get to hear some really cool stuff about Tensorflow and deep learning. And there’s a lot there to talk about, covering a wide range of spaces like cancer research, cars that drive themselves, or even something as mundane as finding files on your Google Drive faster.

The Cloud is a platform and Google knows it. And it will take everything Google can do to wrest it away from Amazon and Microsoft.

These and other web technologies Google has at work all mix into another area where google would love to get a stronger hold — Internet As A Service. Amazon and Microsoft have a tight grip on the market because they offer great products and services. Google has great products and services of their own and as they further develop and work together, we’ll see more and more ways Google can provide what a business needs for data services.

There is a lot of money to be made here. Like every company, Google wants their chunk of it. 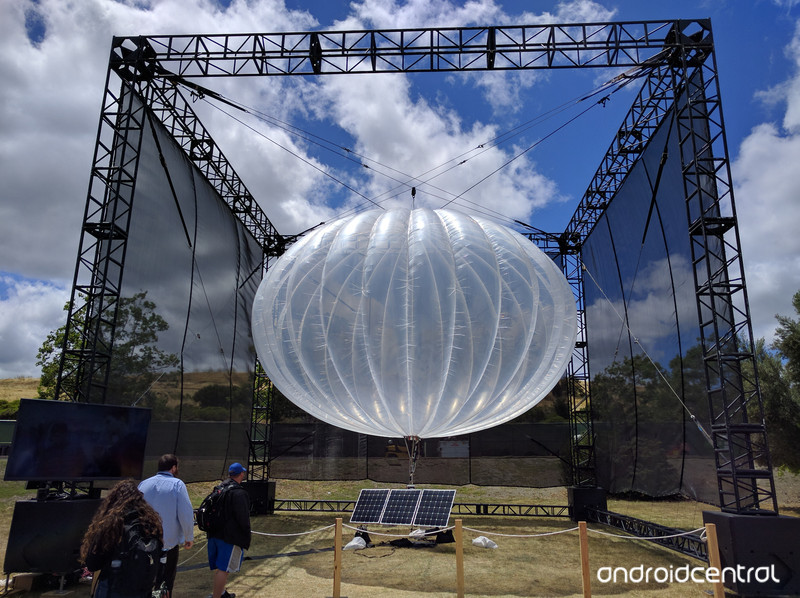 Every department at Google will have something worth seeing and hearing about at Google I/O. Hearing about some of them, like Android and Chrome, is a given, but there will certainly be a surprise or two. Last year, Firebase came out of nowhere (not really, but tech press wasn’t ready) and stole the show with the way it makes everything easier for people developing for the future.

Who knows what this year’s sleeper hit might be? That’s anyone’s guess, but you can bet that we’ll be itching to talk about everything we get to see at Google I/O 2017.