Android 7.1.2 will likely be released April 3

At the end of January, Google released a beta version of Android 7.1.2 for a handful of Nexus devices, along with its new Pixel phones. The company said that it was “an incremental maintenance release focused on refinements,” including “bug fixes and optimizations, along with a small number of enhancements for carriers and users.” 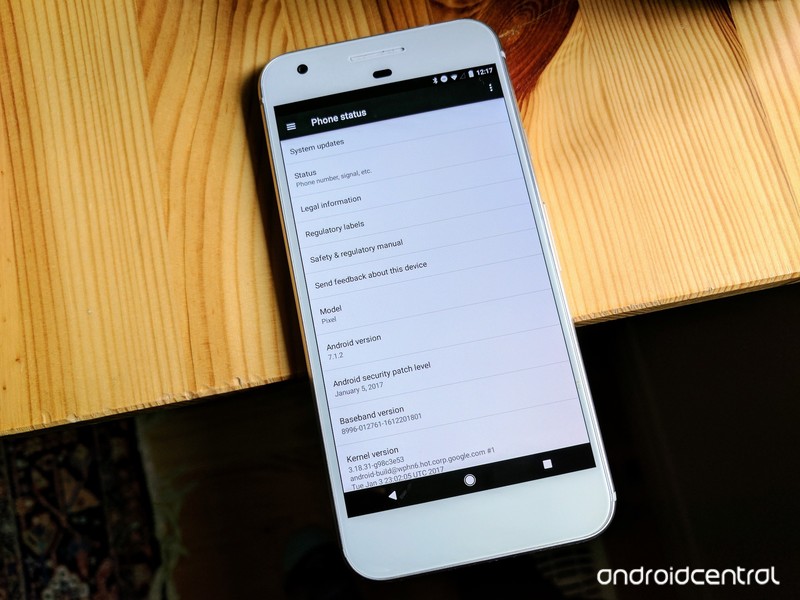 It’s been 6 weeks since that fateful day, and despite two new security updates for those on the regular track, users on 7.1.2 beta haven’t heard much news. That’s likely because, as VP of Android Dave Burke pointed out in the initial blog post, the company is readying a public release for “a couple of months” after its initial unveiling, which works out to be the end of March or beginning of April.

The largest carrier in Canada is set to release a big Pixel update on April 3.

That timeline is now reinforced by the fact that Rogers, the largest carrier in Canada, is calling for its Pixels to receive an update to enable VoLTE, along with the latest requisite security updates, on April 3. On its own, that wouldn’t be a giveaway for a new wider Android release, but Rogers has been testing VoLTE service on its Pixels with the Android 7.1.2 beta; the latest Android 7.1.1 release, with a March 5 security patch, does not enable Voice Over LTE, despite there being a Rogers-only version.

While this is by no means a certainly, it makes sense that Google would release Android 7.1.2 at the beginning of the month, on the day usually reserved for security bulletins and new factory images. And while the new version itself is not particularly exciting, we know that one group of users — Pixel owners on Rogers — will at the very least be able to make crisper-sounding phone calls come April 3.