BlackBerry KEYone is the Mercury’s official name, and it’s coming in April for $549

Mercury is no more, but in its place, the KEYone hopes to be the beginning of a beautiful QWERTY legacy for BlackBerry.

The Mercury has a name, and the phone that rode into 2017 without one hopes to be a catalyst for a series of devices released annually by the newly-formed BlackBerry Mobile. 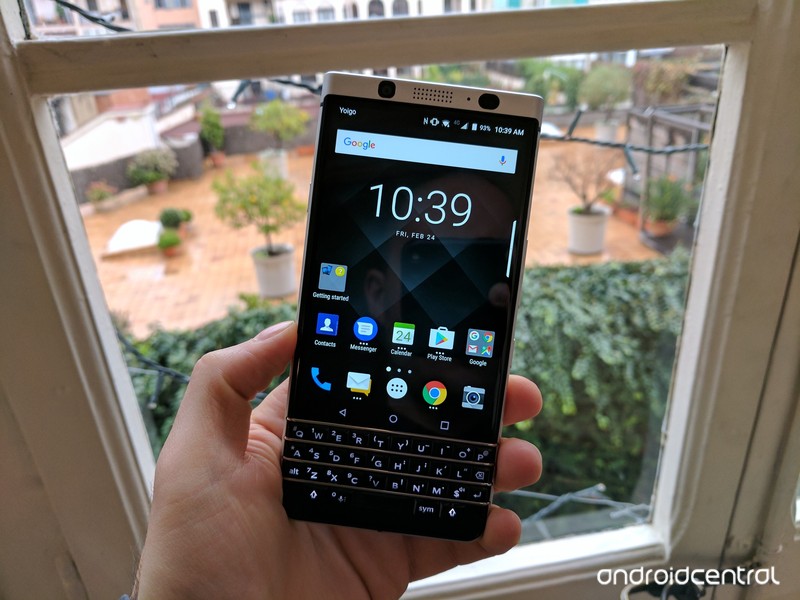 The phone we all know: it’s a long candybar design with a slightly stumped 3:2 aspect ratio IPS display and a permanent QWERTY keyboard that fills in the remaining space of a traditional widescreen smartphone. That’s the main selling feature on an otherwise mid-range phone that nonetheless sports some very nice design touches, a decent camera, and BlackBerry’s well-regarded Android build that — and this was reiterated a bunch of times to us — is signed by BlackBerry in Canada, maintaining the security legacy the beleaguered former software giant is known for.

With a 4.5-inch 1620×1080 pixel IPS display nested atop the QWERTY keyboard, this is the product that commands the attention of both BlackBerry Passport and Classic users — people who either stuck with BB10 — or have since moved on to other platforms but yearn for that hardware keyboard. And while the KEYone isn’t ideal for landscape use, BlackBerry Mobile is aiming for a very particular demographic with this device: Bureaucrats. Workaholics. Industry people.

This is reinforced by the phone’s 3505mAh battery which, coupled with a Snapdragon 625 processor, keeps it going for over a day and, for some light users, approach two days. With an excellent camera pedigree — it has a Sony IMX378 sensor inside, the same one as the award-winning Pixel — this is certainly a capable device, and one that, if you check out our hands-on, comes off as a well-rounded handset, especially given its niche market aspirations.

Available for $549 in the U.S. starting in early April, the BlackBerry KEYone isn’t going to sell millions of units, but this is fan service at its best, and one that its new overseers in BlackBerry Mobile hope sells enough to justify a KEYtwo, and three, and four.