What is wireless charging and how does it work?

Wireless charging isn’t magic, but it can be convenient. Wireless charging, like the Qi charging many Android phones use, isn’t new technology. My Panasonic electric razor used it many years ago, and most of us have seen toothbrushes that charge wirelessly in a cradle. And of course, we can’t forget Palm and the way they brought wireless charging (though a different standard) to the masses with the Touchstone. Now that size, cost, and efficiency constraints have all eased up a little, putting wireless charging in something like your Android phone or watch makes more sense.

We get more than a few questions about wireless charging and how it works, so let’s take a few minutes and talk about the basics — what it is, how it works and why you would want it in your next Android purchase.

This post was updated in February 2017 with the latest information.

What is wireless charging? 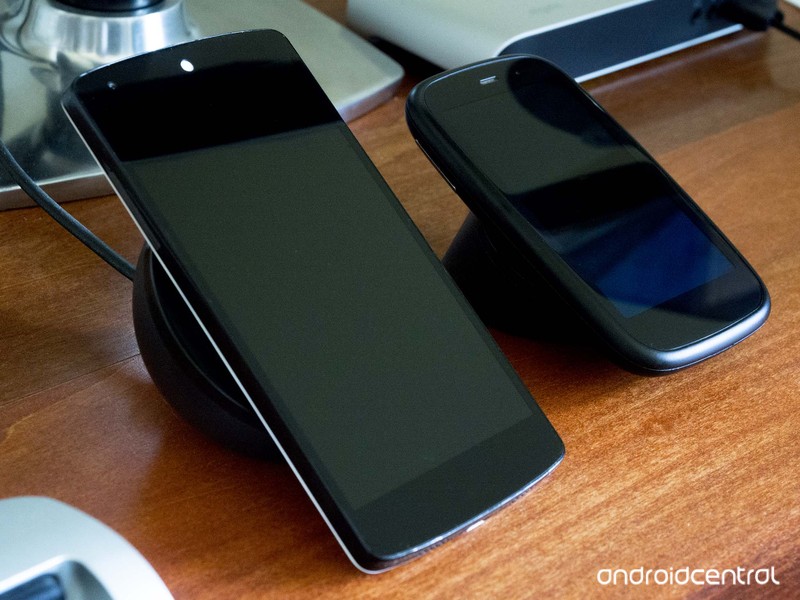 Wireless charging isn’t magic — you still need a wire. the difference is that the wire is connected to a charging base instead of your phone, so you can just drop your Android onto the charger and things get to work without hooking anything up to your phone. The charging base can be almost any shape or size, and can even be in something like your car dash or the base of a lamp from IKEA. As long as you’re able to get the right spot on the rear of your Android on the right spot on the base of the charger, it will work.

A good example would be having a wireless charging base on your desk at work. When you’re not using your phone, you set it on the charger. When you need to use your phone, pick it up and it has a charge. Wireless charging isn’t as fast as Quick Charging, but it’s easy and something you’re more likely to use to keep your phone topped off throughout the day (in our example). That’s where wireless charging shines — ease of use.

How does wireless charging work?

Let’s try to explain the magic so everyone in the room can understand. While there are plenty of cool technical things to discuss, and we totally should discuss them in the forums or the comments, we’ll try to keep things basic here.

Wireless charging uses two resonant inductive couplings to transmit low-power signals between two devices. These are specially designed to transmit electricity without touching each other like a normal wired connection does. The base station has a transmitter coil and your phone has a receiver coil. The base station regularly sends a signal out, and when a receiver coil gets close enough a resonance or capacity change happens in the signal. The waveform of the signal is then modulated and inductive charging begins.

Inductive charging uses those two specially designed electromagnetic coils to create a magnetic field between two devices. There is an intricate process involved that allows a magnetic field to produce electricity through the difference of potential and oscillation (we’ll simplify this and call it vibration so it makes more sense to everyone).

The coil in your Android is also connected to the battery charging circuit, and your battery is charged using the energy induced by the magnetic field. Excess heat is created as well, and that’s part of why wireless charging isn’t the most efficient way to transfer power from the wall to your battery. This is also why it takes longer to charge your phone on a Qi pad than it does to plug it into the wall. While new methods and materials use higher frequencies and thinner coils than past iterations, wireless charging is still less efficient and more costly than standard charging over a wire. It will stay this way for the foreseeable future.

A word about Powermat Qi is not the only wireless charging standard. Other standards like Powermat are used to build wireless charging solutions. These use a different standard than Qi but the science behind them all is the same. Powermat has partnered with companies like AT&T and Starbucks to provide base stations in public places, and using a special case or charging block attached to your phone lets you wirelessly charge. They are also partnered with General Motors and are working to bring built-in wireless charging bases in vehicles.

While the same basic electrical theory applies to both Powermat and Qi, the different standards mean they are not compatible. Your Qi-enabled phone won’t charge on a Powermat base because the signals sent and received are different. If you have Powermat equipment, you’ll need to be sure you’re buying more Powermat equipment to get everything working.

There are exceptions, like Samsung Galaxy phones, which include both Qi and Powermat standards.

Why do I want wireless charging in my next phone? 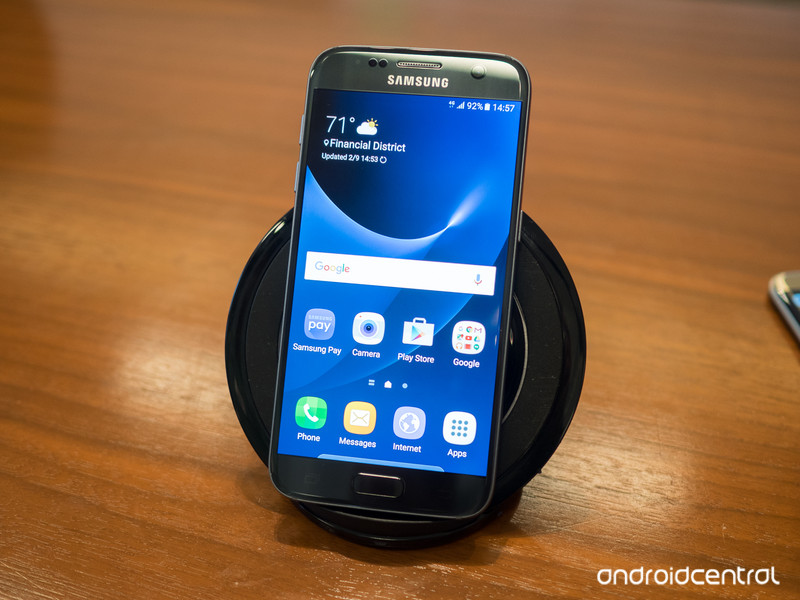 Now that we have a good standard — we’re talking the Qi standard here — we have to remember than any Qi charger will work with any device that is Qi-certified. That means the charger you buy, whether it’s a $6 Chinese unbranded unit from Amazon or a name-brand like Samsung or Zens, will work with the device you have now and any devices you buy in the future.

Couple this with the convenience factor — and until you’ve bought a couple Qi chargers and put them in the places you’re likely to set your phone you don’t really understand how convenient it is. I have a Qi charger at my desk, on the table beside my recliner in the living room, one in my car and one on my nightstand. My Nexus 6 almost never had less than 50-percent charge. Not because the battery life on the Nexus 6 was great, or because Qi chargers work “better”, but because whenever it was not in my hand it was charging.

Of course, there’s the initial cost of buying the charging bases, but they are pretty cheap — about the same cost as a good wall wart and USB cable. As more and more handheld devices and smartphones move towards the Qi standard, more and more devices will be able to take advantage of the chargers.

Finally, wireless charging doesn’t have to replace removable batteries for those that want or need them. Think of it as a supplement to stretch out the time between battery swaps.

Wireless charging doesn’t make your phone work any differently, but it can change the way you use it.

Read more from News
← 5 New iPhone Apps You’ll Definitely Want to Install
Save up to 40% on select networking and storage accessories today only! →