Your phone is part Android and part Google, and probably part Samsung 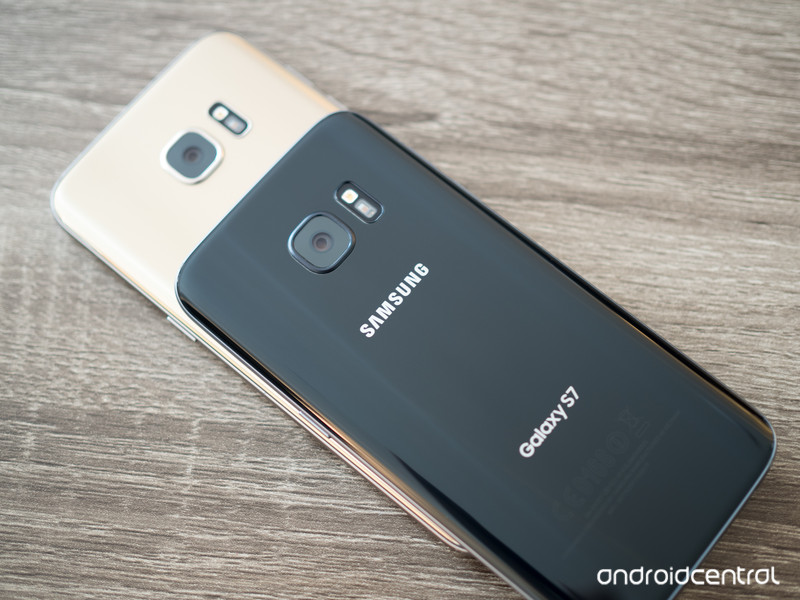 The software on every Android phone is different because it comes from several different places.

This is a question that pops up from time to time, but because the Google Pixel ships with different apps and services — namely Google Assistant — than other phones it’s become a little more frequent. We saw the same thing when Google Wallet first appeared, and we’ll see it again when the next phone from Google has something others don’t.

People get a little confused — rightfully so — about what comes with Android and what apps and services are from Google or Samsung or any other company. In other words, why do I have this app and not this app? Not everyone keeps up to date on mobile tech, so if you’re coming from an iPhone where there are four or five different models to choose from but even last year’s models have the same software on them you might expect it to be the same way on Android.

Android comes in lots of flavors.

To answer that, you need to remember how Android is distributed to the people who make our phones.

Android isn’t a thing that can be wrapped up and given or sold to a company to install. Companies like Samsung have access to the code itself and can build it into almost anything they want. As long as the final product meets the criteria given by Google to make sure it’s compatible with applications built for its version, Samsung can have at it with the rest and add to it. That’s why Android is so different when you compare phones from one company to phones from another. 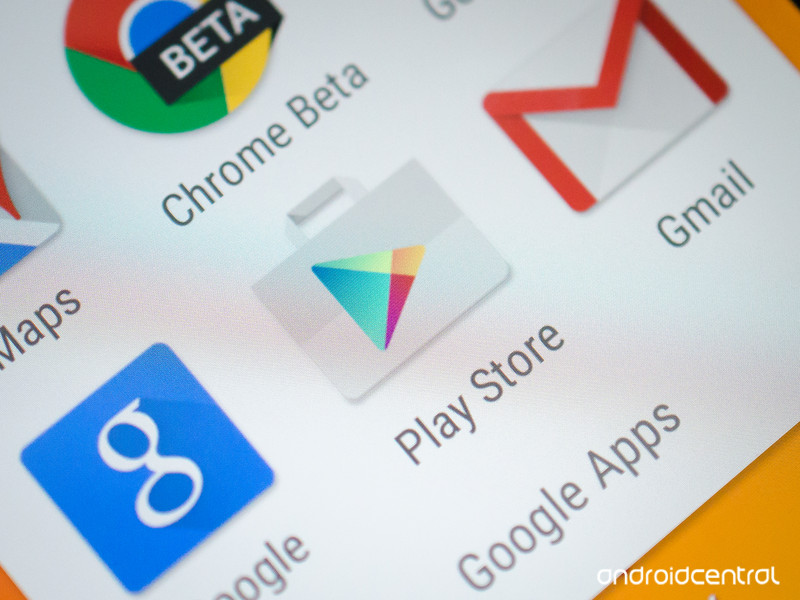 But a good bit of Android is still the same, even if the icons and colors are changed. That’s because there are specific apps — both part of the source code as well as apps made by Google for their web services which are not part of Android’s code but needed to get permission to use Google’s Play Store — which also isn’t part of the Android code. These are what we call “Google Apps.” They are made so you can use Google’s products and services on the phone, and they are there for two reasons.

The first is because some of them need to be installed on every single phone to make sure all the apps in Google Play will work. Even if you never open it, you need a few apps like Chrome installed on your LG V20 or whatever phone you have to make sure it can run apps from the Play Store. The other is that these are the services Google wants you to be able to use out of the box. Google gets it’s way here because it’s an all or nothing agreement — if you want the phone you’re making to be able to use the Play Store, you have to also include these other apps. At least for now, because the EU doesn’t like that (and maybe they are right).

The actual agreement about what apps need to be there and what ones don’t can change from time to time but some are always part of it:

Every phone that has the Google Play Store preinstalled will have these core apps. The model or version doesn’t matter. Some are necessary, others are there because Google just wants us to see them. And many of them aren’t part of the Andriod code so won’t be available for phones built without Google Play Store access.

The company who made your phone is next 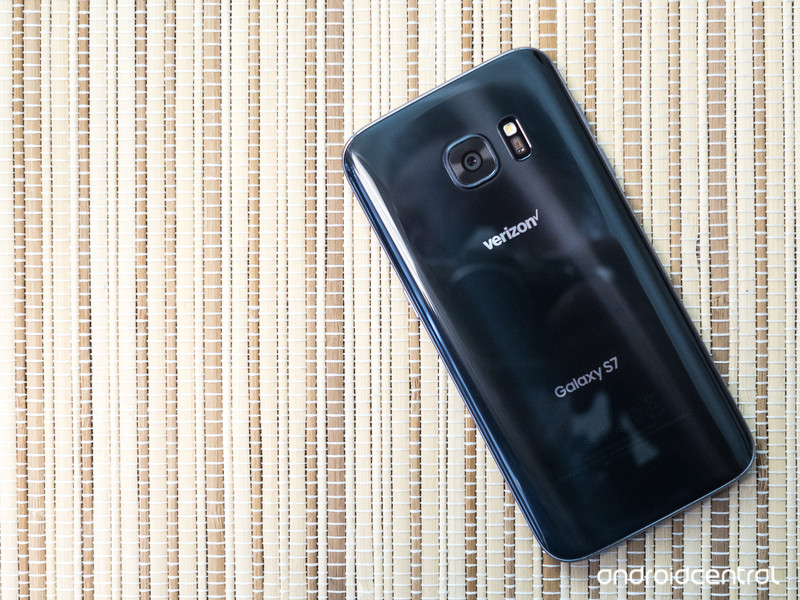 The next step is the people who made your phone adding their software or the apps a wireless carrier requests installed. These are included for the same reasons Google apps are. Some of them are essential so things on the phone can work. Others are for services and apps they want you to be able to use right away. And there can be a lot of differences here.

Samsung adds a ton of features and apps to help use them.

Using Samsung as our example again, a very high-end phone like the Galaxy S7 edge or the new Galaxy S8 we expect to see soon will have exclusive features, Right now, these are Samsung’s best phones and they want you to think they are worth the cost when compared to other models that are cheaper. Verizon (or AT&T or any other wireless company) does exactly the same thing and has some apps put in place to make sure you see them right away or to help you pay your bill.

Of course, none of these apps go along with Android. All of these apps belong to Samsung and Verizon (in our example) respectively. Models made for specific regions and models made for different carriers can vary a little bit. But this is how the people who made the phone and the people who sell the phone want it to be, and they are really choosy. They want you to be a happy customer and try to offer a mix of features and apps so that there is something there everyone will like,

But what about Google Assistant! 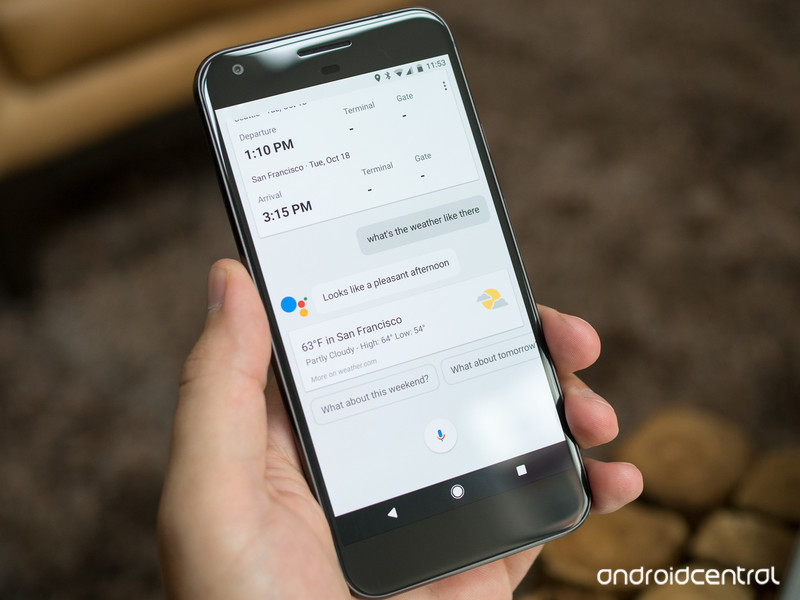 This same process applies to phones sold by Google. Every Nexus Phone and every Pixel phone have all had the core apps from Google to be compatible and to make sure you see an app like Gmail so you don’t go looking for a replacement. Sometimes we see a phone sold by Google with an exclusive app from Google. Like Google Assistant.

Google Assistant is there because Google thinks that some people will find it a reason to buy their phone instead of somebody else’s, and probably because it is so much easier to deploy on a phone that they can update directly and isn’t going to sell tens of millions of units, Slower sales mean far fewer chances for a particular bug to affect as many people.

Google uses Assistant as a selling point for the pixel, but it’s also branching out.

We’ve already seen Google Assistant announced as coming to Android TV and Android Wear. Companies like NVIDIA and Sony and LG will have it in their 2017 lineup. There is no word from Google about Assistant becoming available for any other phone including their own Nexus 6P. Some of us here at Android Central are pretty sure it will because Google loves data. My guess is that they will try to get it into the Play Store eventually so hundreds of millions of people have a chance to use it.

This can all be a bit confusing if you’re used to iOS or even Windows or BlackBerry. It gets even more confusing when you see different phones on different versions of Android and they have different features. But it’s also a reason so many people prefer an Android phone. There are so many choices that one of them will be what you’re looking for.