Lenovo has always been a bit of a stealth force in PC gaming. For years, the company has turned out some very good gaming laptops and desktops, with just a bit of gamer-y flair, excellent performance, and prices that are as good or better than the competition.

At CES 2017, Lenovo is rebranding its gaming line, hoping to make it more of a player in a category dominated by Dell’s Alienware and HP’s
Omen
on the mainstream side, and boutique players like Origin PC and Falcon Northwest on the custom side. 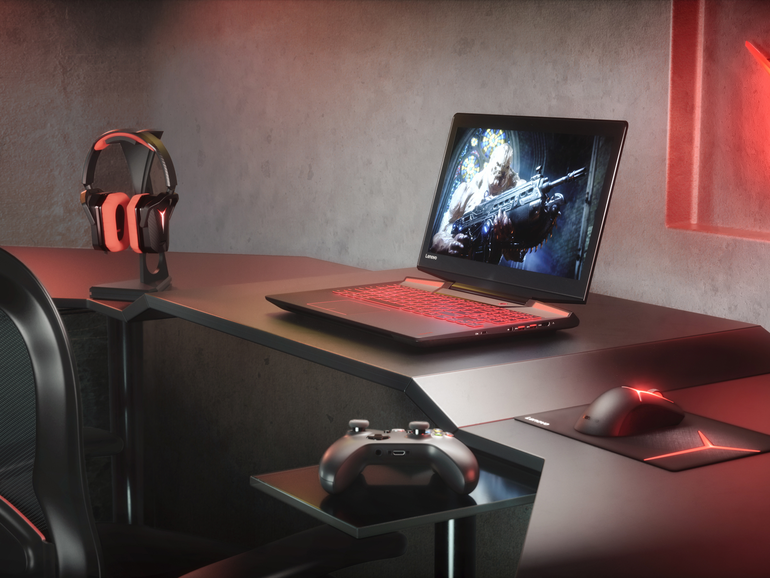 The new name is Legion, and it’s launching with two new laptops, the Y720 and Y520 (keeping the Y-series designation from Lenovo’s previous gaming laptops). Why that name? Lenovo says: “Just as the Roman army shared a common purpose that bound them together as a force to be reckoned with, Lenovo Legion is all about our growing community of gamers and their passion for gaming.” So, there’s that.

The new models look like slightly slimmer versions of Lenovo’s previous Y-series laptops, with red accents and keyboard backlighting (red-only on the 15-inch, multicolored on the 17-inch), and a wide central hinge connected to an angular body. Inside both of these, you’ll find new seventh-generation Intel Core i7 processors and Nvidia graphics, up to the current GeForce 1060 (in the 17-inch model). The 17-inch Y720 also includes a Thunderbolt 3 port for fast connections to accessories and external displays, and an optional 4K display with an anti-glare coating.

The 17-inch Y720 is also the first Windows laptop with built-in Dolby Atmos, which is a surround-sound-like ecosystem of hardware and supported content for excellent positional audio, which is certainly important for games.

My favorite new feature in the Y720 is the integrated Xbox One wireless receiver. The standard dongle you need to plug into a PC to use an Xbox gamepad is huge (and frequently buggy). Having that built in is one of those small touches that means a lot. 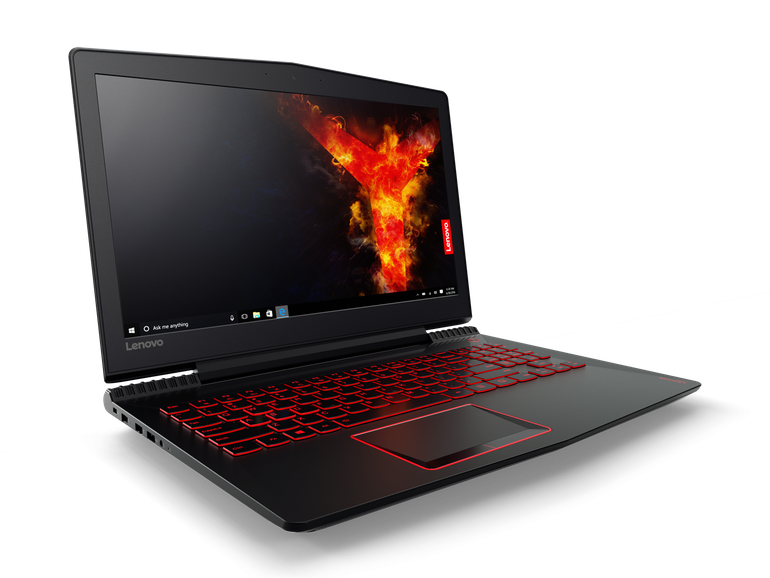 As of right now, it seems that the 15-inch Y520 model is missing most of these high-end extra features, and only supports the Nvidia 1050 graphics chip, which means it won’t work with the Oculus Rift or HTC Vive. Considering other PC makers put Nvidia 1060 or better GPUs into even 13-inch laptops, it seems like something we’d like to have in a future revision. Even the 17-inch tops out at the Nvidia 1060, not the faster 1070 or 1080, but in my hands-on testing in other laptops, the 1060 is perfectly fine for virtual reality and full-resolution, high-detail-level gaming.