The Bad Competing models are just as good or better and cost less; not a major upgrade over Powerbeats2 Wireless.

The Bottom Line The PowerBeats3 Wireless is a decent step up over its predecessor, but it’s no bargain in an increasingly crowded market for wireless sports headphones.

When you have one of the best-selling wireless earphones in the world, what do you do for an encore?

Well, the safest choice would be to make some small but not insignificant changes — tweak around the edges so to speak — but mainly leave what got you to the top alone. And that’s exactly what Beats has done with the Powerbeats3 Wireless, the latest iteration of its uberpopular Bluetooth sports headphone.

As you can see from looking at it, the core Powerbeats design has remained intact, and the Powerbeats3 Wireless looks a lot like the Powerbeats2 Wireless — and not surprisingly its list price is the same ($200/£170/AU$260). It’s available in black, white, siren red, shock yellow and flash blue. And like the previous model, they’ll still hold up to sweat and rain — just don’t expect them to survive a full-on dunking in water. 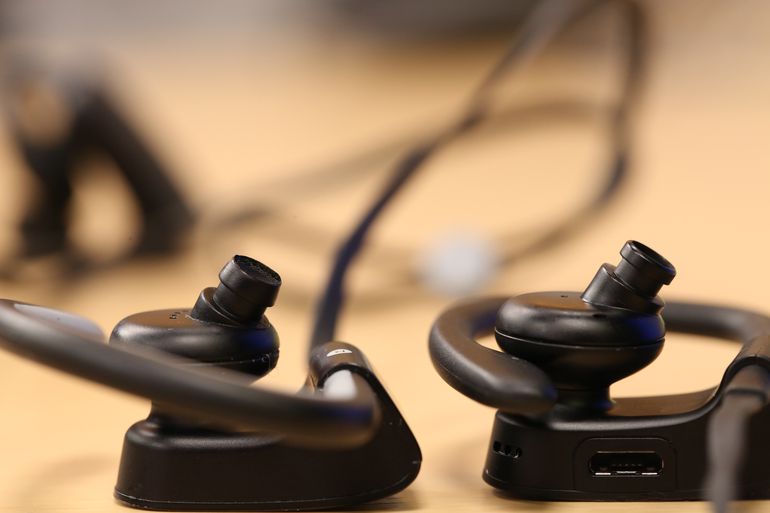 Beats has slightly lengthened the earbud post (the Powerbeats3 Wireless is on right) and changed its angle to enable a better fit for more people.

You have to look closely to find the design tweaks but they’re there. For starters, Beats has slightly altered the design of the earbud post, lengthening it a bit and slightly altering its angle in an effort to improve the fit of the headphones and allow more people to get a tight seal.

This new model did fit me a little better, but I still couldn’t get a tight seal from one of the four included eartips, so I tried a few I had lying around from other headphones I’ve been testing and ending up with a foam Comply tip that maximized sound quality. (If Beats had extended the earbud post a few more millimeters, one of the supplied tips probably would have gotten me that elusive tight seal). 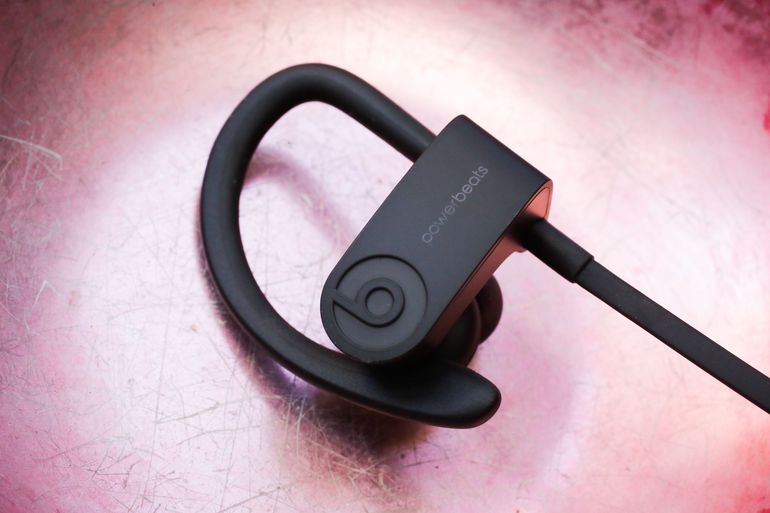 The earhook design is one of the headphone’s signature design traits and part of the reason people find it appealing.

It’s important to get that seal, because if you do, this is one of the better-sounding Bluetooth sports headphones out there, with good detail, strong bass, and pretty open sound. However, if you don’t, it will sound thin and mediocre and you’ll be disappointed, particularly since it costs $200. To be clear: The sound is the same as that of the Powerbeats2 Wireless; Beats has not upgraded the sound, only the fit.

As for other changes, you get a new protective carrying case (it reminded me of a coin purse), which I liked, and the Remote Talk inline remote has been redesigned and significantly improved. The remote’s slimmer and the buttons are more response — you can adjust volume, skip tracks forward and back and answer and end calls.