Known for chic, artisanal digital products like a $190 walnut keyboard, French company Orée is going after the creative set with the Stylograph. Fabricated from pure copper, the ink stylus lets you transcribe your scribblings from paper over to an iOS or Android device. The idea is to marry the tactile sensation of drawing on paper with the flexibility of digital formats. The pen is nearly a work of art in itself, but it comes with a $300 price tag — double that of rival Livescribe.

Now a retail product following a successful Kickstarter campaign, the Stylograph is not meant to take the place of, say, a Wacom tablet. “It’s not positioned as a professional tool, but as a note-taking and sketching tool,” Orée founder Julien Salanave tells Engadget. “Our audience so far has included executives, designers, architects and lawyers.” Certainly, the A5 paper you must use (more on that later) is too small for serious graphics or fine art work. Of course, unlike a regular pen and pad, you instantly get a digital copy of your idea that you can send to anyone.

The 0.7mm ballpoint pen has an onboard accelerometer and a high-speed camera on the tip. The latter tracks your strokes by scanning nearly invisible patterns on the special “stone mineral” paper. In other words, you can’t use regular paper, and replenishing it runs a pricey $25 for 190 pages. The good news is that the pen can take standard D1 ballpoint refills. 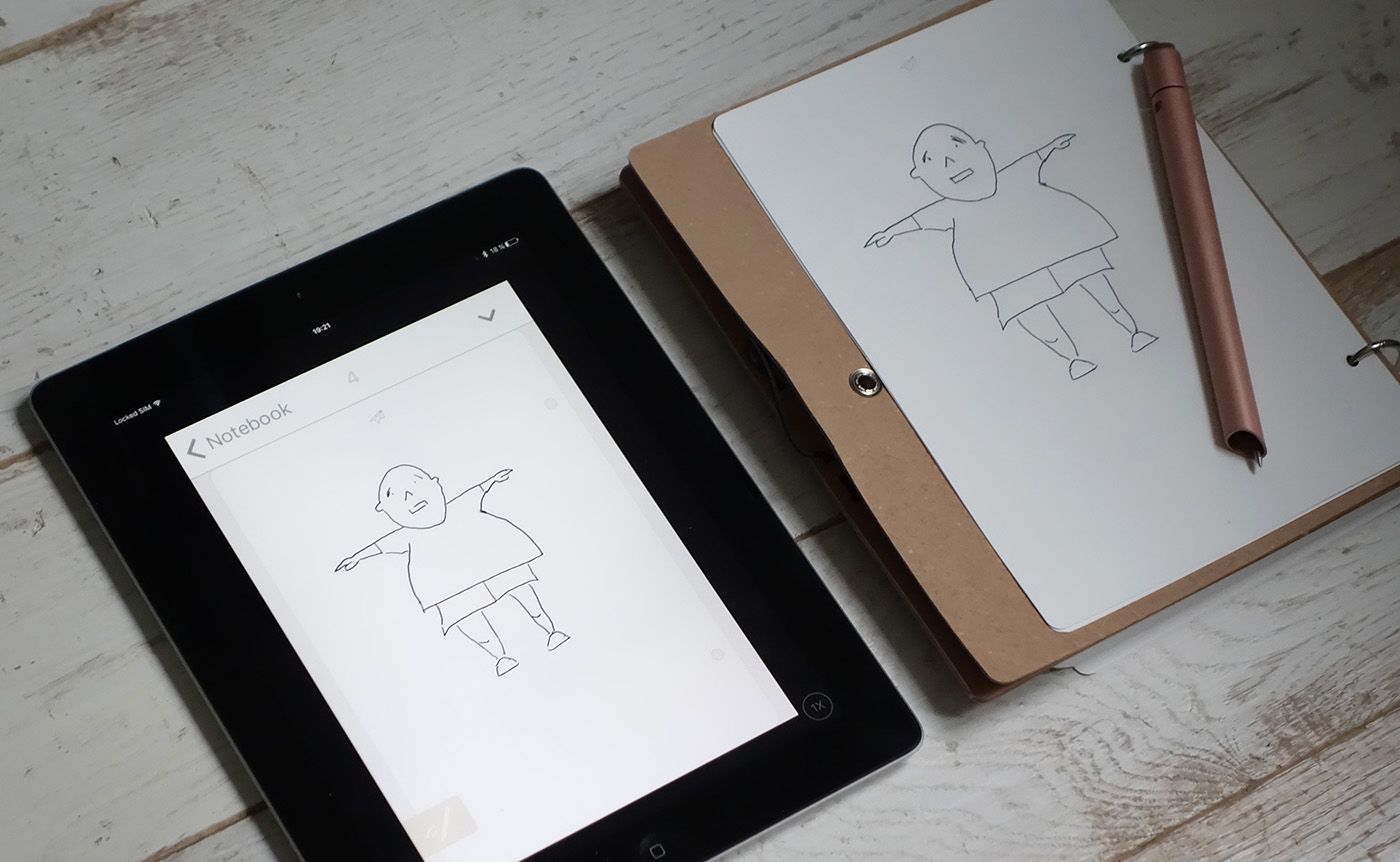 To use it, you just charge the device’s lithium-ion battery for around an hour to get two days of usage. Then, power it up and pair it via Bluetooth to an iOS or Android app — a fairly painless process. The stylus feels as good in the hand as it looks, with the copper surface offering up just enough friction for a solid grip. The pen feels nice on the special paper too, at least to my un-artistic hands.

It tracks your drawings and writing accurately, though it occasionally misses small strokes, and there’s a slight delay before it transfers sketches to the app. I was able to keep the skipped strokes to a minimum with a lighter touch, though. (Unlike the Livescribe, the Stylograph doesn’t yet have built-in character recognition.) Each page in the notebook is recorded to a matching page in the app, as shown below. In addition, the device saves your drawings to its own internal memory if your phone isn’t turned on, then transfers the images to the app when you connect. 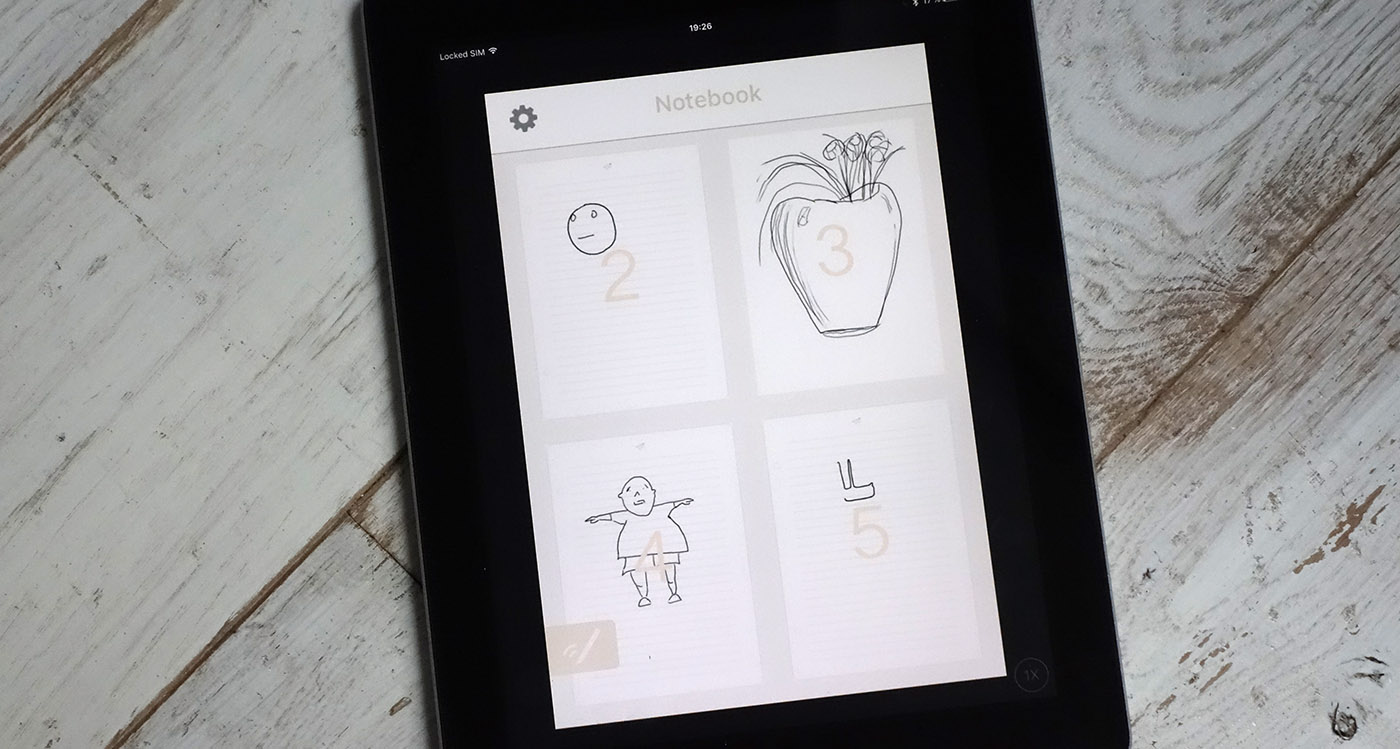 Once recorded in the app, you can export your work as a PDF and send it out via email, cloud and other means. You can also save it as a vector-based SVG file, then open it up in Adobe Illustrator. That helps artists quickly transfer their pen and paper drawings into an easily tweakable digital format.

The original $420 price was insane, but Orée recently lowered it to a more reasonable, but still expensive, $300. You’d really have to be wedded to pen and paper to want it instead of drawing on a screen with, say, Apple’s Pencil-equipped iPad Pro or a Wacom stylus. The Stylograph is arguably simpler to use, though: You just whip out the pen, turn it on and start writing. If you don’t have time to fire up the app and sync the pen, you can do that later on.

As mentioned, Orée makes other lovely, impractical products, like artisanal wood keyboards and touchpads. Its target market apparently doesn’t mind paying a premium price for weird, fun accessories made with natural materials. The same applies to the Stylograph. If you’re an architect, designer or other professional who likes to write stuff down rather than typing it in on a screen (and you also have the cash), you’re probably in the company’s wheelhouse. For the rest of us, $300 is a big ask for such an oddball device, pretty as it is.

Read more from News
← Facebook was the victim of a backdoor hack
Can I use apps on my Chromebook? →