Can I use apps on my Chromebook? 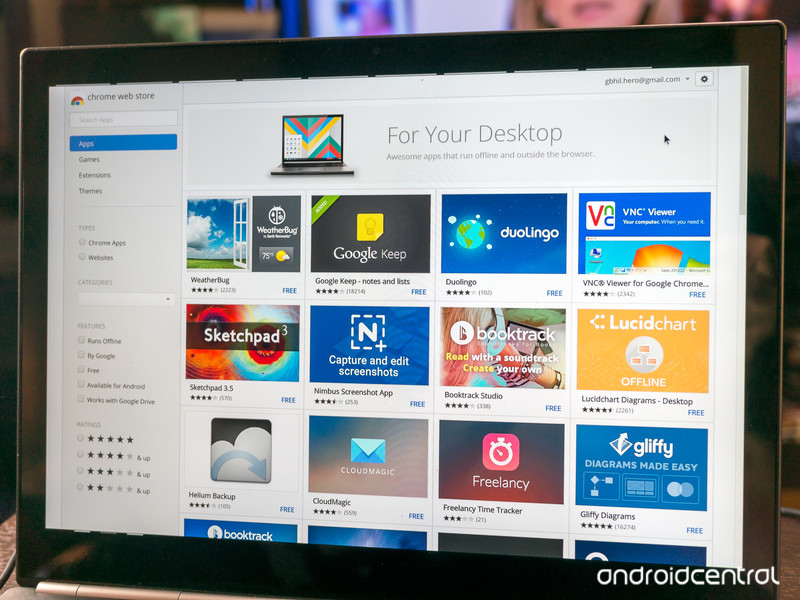 Apps for your Chromebook are just a click away.

If the past few years have taught us anything, it’s that people love to use “apps.” That’s in quotes for a reason — because it’s not really anything new.

The word apps is a shortened term for applications, because everyone loves to shorten things. We’ve been using applications — aka programs — since we first started using computers. In fact, at one time Windows used to be an app that ran on top of DOS that let you do things with a mouse instead of typing a bunch of stuff into a command prompt. Even before that, people have been building apps and running them on computers since the days of punch-card programming. Days I do not miss at all.

It makes sense that people want to know if the Chromebook they’re thinking of buying can run apps, and the good news is that they most certainly can — and it’s pretty easy to get started. 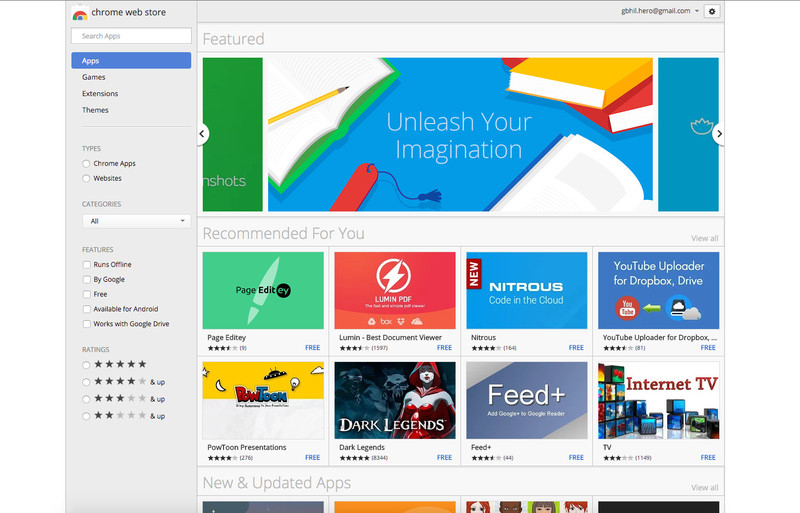 Just like Android and iOS or even Windows and Mac, Chromebooks have their own app store — the Chrome Web Store. And it’s just as easy to use.

For starters, you’ll only see apps that are compatible with your Chromebook hardware. That means you won’t be installing something that doesn’t work, then have to remove it. When you visit the Chrome Store from your Chromebook, you’ll find thousands of apps and games in a searchable store. Apps from Google are there (of course) as well as names you’ll recognize like Plex or Spotify or Netflix, as well as great apps from smaller independent developers. Of course, not every app is great, but the selection is broad enough that you’ll find plenty to choose from.

More: Can you use a Chromebook offline?

Installing them is simple. Choose the app you want to install, and click the “Add to Chrome” button in the upper right of the window. You don’t have to worry about anything else, and Google has pretty strict rules about how your data and privacy are handled. Once an app is installed, you’ll find it ready to use by clicking the launcher icon (it’s the magnifying glass in the bottom left) and looking through what’s installed. To uninstall an app, right-click it’s icon and choose to “Remove from Chrome.”

Android apps on your Chromebook 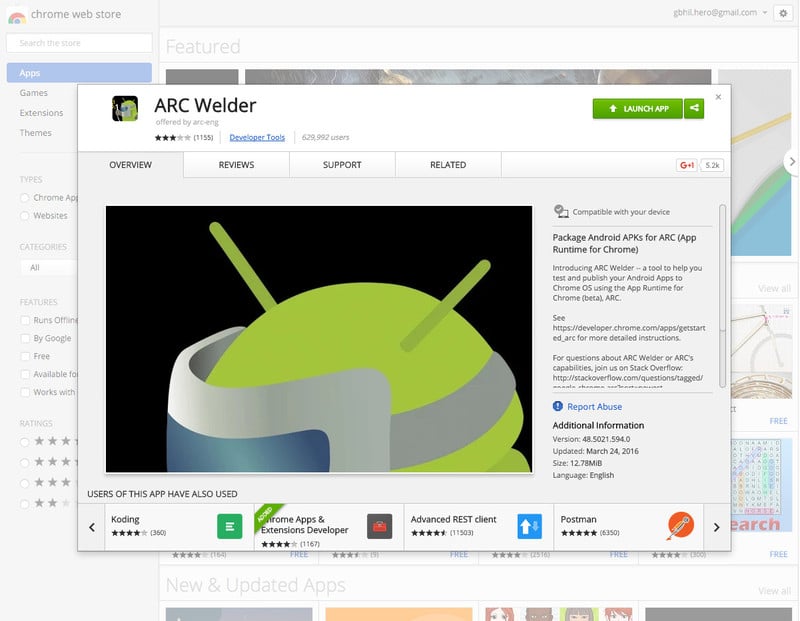 Officially, Android apps can run on a Chromebook. The tools are available for developers to build apps — even apps that need Google Play Services or have in-app purchases — and upload them directly to the Chrome Store.

As of this writing, though, the pickings are rather slim with just a handful of Android apps readily available in the Chrome Store.

That’s where the grey area comes in with Arc Welder.

Arc Welder is a developer tool (using the App Runtime for Chrome) that lets you import any Android application into Chrome OS. Legally, you can only do this with your own apps that you have written, or otherwise have license to modify. Of course, people are using it anyway and have found that plenty of Android apps work as-is on a Chromebook. Plenty of others don’t.

You can find out everything you need to know about Arc Welder from Google right here. We don’t condone or condemn anything here, but do know that using an app outside of the license you agreed to when you installed it is technically software piracy.

One last thing to keep in mind is that apps take storage space to install and run, and most Chromebooks don’t come with a lot of it to begin with. Here are some handy tips that can help if you need more room to install all the things.