From the Editor’s Desk: Life in 360 degrees 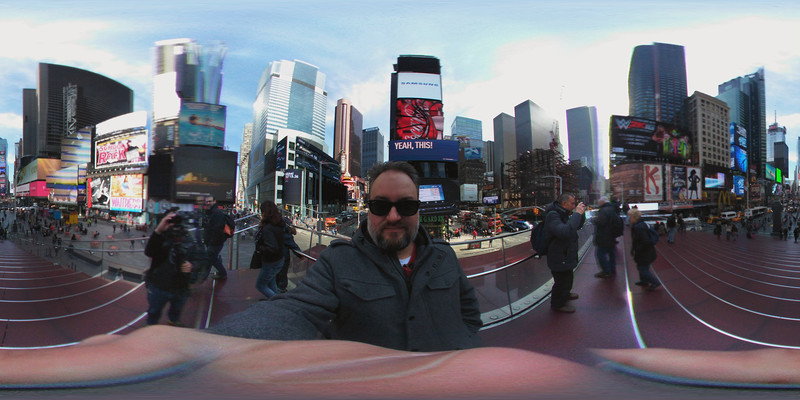 The world is in 360 degrees. it’s about time our cameras caught up to it.

I’ve been a big fan of the little handheld cameras that never took off. (Thanks, smartphones!) The HTC RE Camera is one of my favorite underrated devices of the past year or so. It’s an extra thing to carry and charge, sure. But it’s also quicker to take a pic than a smartphone. It’s (marginally) more waterproof than most. It’s easier to prop up some place to shoot a time-lapse. The RE Camera, while overpriced at retail, is surprisingly good.

It’s also just the beginning, of course. We’re very quickly moving into the world of virtual reality and, on a slightly different plane, easy-to-take 360-degree photos and video. That, I believe, is going to be the more popular move for most folks. VR is awesome and a lot of fun, but it’s cumbersome. It’s not casual. (Even the excellent Samsung Gear VR is going to be more work than a lot of folks want to put up with, to say nothing of a phone hanging off of your face.) The bulk of this 360-degree content will be viewed without the help of a visor. And the bulk of it will be viewed on Facebook — which so far only supports 360-degree video, and not still images – and that’s a mistake.

This is all still nerd stuff, but that’s about to change. I’ve been using the LG 360 CAM for a week or so now. It’s fun. It’s only $199. It’s not the world’s greatest quality, but it’s not bad for a first-generation product, and that sort of thing will only get better. LG’s going to put some marketing muscle behind it and the LG G5, so these will actually be a thing. And in the near future Samsung will unleash the more alien-like Gear 360, and I can’t wait to see how it compares in quality.

And those are just the ones from the names you already know. There’s the slightly more expensive Ricoh Theta and 360Fly, and others. This is going to become a crowded space, really fast. It’s also a whole lot of fun. The ability to show folks everything that’s around you instead of what’s just in front of you is a game changer. And the 360 and VR worlds overlap. If you haven’t seen Joanna Stern’s excellent explainer of VR — as seen in a 360-degree video — take a few minutes and watch it. This won’t be just nerd stuff for long. Low cost Google Cardboard brings it to everyone. Samsung and others are bringing higher quality for relatively low cost. It’ll entertain and educate us. It’ll bring the dinner table discussion to family members thousands of miles away. It’s only a matter of time before we’re all livestreaming in 360 degrees, for better or worse.

And it’s going to be fun.

A few more thoughts on the week that was …

That’s it for this week. Lots of yardwork (and work work) left to do. See y’all Monday.