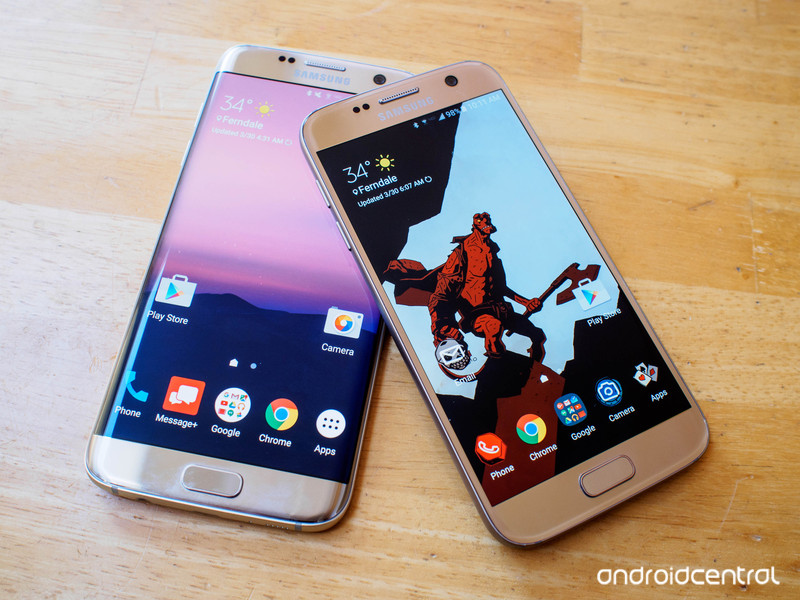 Samsung’s theme engine has been improved dramatically on the Galaxy S7 and S7 edge, completing the concept from the previous generation.

Theming your phone can be a complicated but deeply rewarding project. Even with in-depth instructions and a tutorial video, a frequent response to some of the incredible themes assembled by our own Ara Wagoner is asking why there isn’t a one-button solution that applies the theme automatically. Last year we started to see that exact feature roll out in various forms from Samsung, HTC, LG, and Cyanogen. Each system presented their own unique set of problems, but Samsung’s has shown the most growth and improvement from the early days.

Here’s what you need to know about Samsung themes on the Galaxy S7 and S7 edge.

At first glance, Samsung’s theme system doesn’t appear to have changed much. All of the buttons are in the same place, which means you can access themes from the home screen or the settings panel, and once you’re there you can set a launcher icon if you really want it. The UI for the theme engine itself is still designed to let you browse and install anything published to the store by Samsung’s partners, with a smaller section for themes you’ve already downloaded should you be the kind of person who wants a selection of themes to quickly switch to. There’s still no search button, but there are way more curated collections to search through and a new color-based theme browser if you know what aesthetic you’re going for from the beginning.

The most significant change you’ll see at first is the volume of themes, and how different they are from what was available on the Galaxy S6 a year ago. Last year there was an overwhelming amount of sponsored themes from Samsung’s partners to get people interested in the store, but it’s clear that is neither necessary nor a priority anymore. Gone are the Avengers themes from Samsung’s partnership with Marvel, and instead there are pages and pages of hand-drawn wallpapers and custom icon packs to match them. There’s still plenty of fairly tacky themes, in fact the top installed themes according to the store are metallic gold and silver offerings, but the sheer volume of options is impressive. You’ll even find a couple of “Material Design” themes, though like last year they’re not exactly what you’d think by the descriptions. 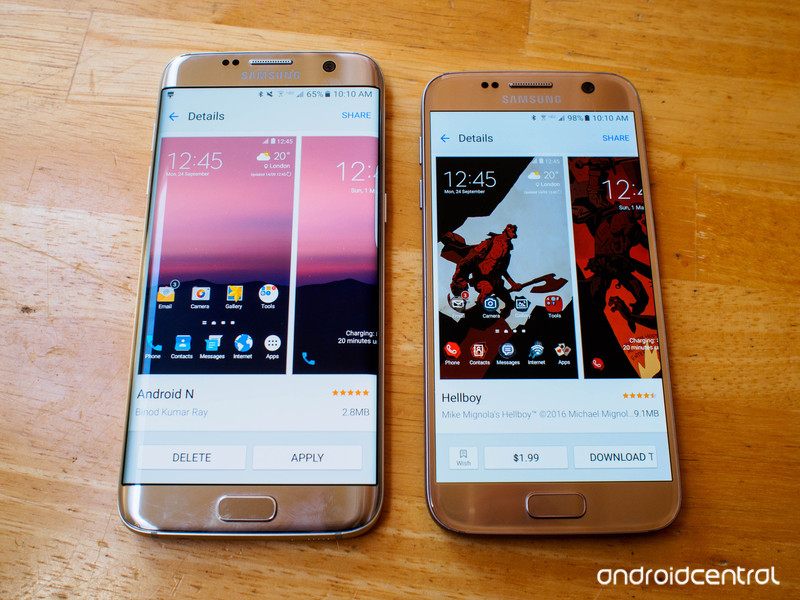 Downloading and applying a theme is quite similar to the original setup, with one key difference now. Since Samsung is allowing them creators to charge for their themes — the most expensive we saw was $3.99 — there’s now a trial option for themes. You can download a paid theme without actually paying for it, and try it out on your phone for five minuted. When that five minutes expires, you’re no longer able to use that theme without paying for it. Whether pair or free, the application process is still basically the same. You see a progress bar, and when it’s finished all of the new theme elements are in place.

Themes on the Galaxy S7 are still an all-or-nothing experience. You can’t pick an icon pack and mix it up with a settings theme from somewhere else, which still feels quite limiting. That having been said, Samsung has extended the functionality of themes considerably. Creators can give you custom designs for the Always-On Display that match the theme, and there are no more errors with themes making parts of the interface unreadable from the research we’ve done so far. Samsung does a great job of making sure the design elements don’t break anything anymore, which means the nicer themes you find in the store feel much more like a complete thought. 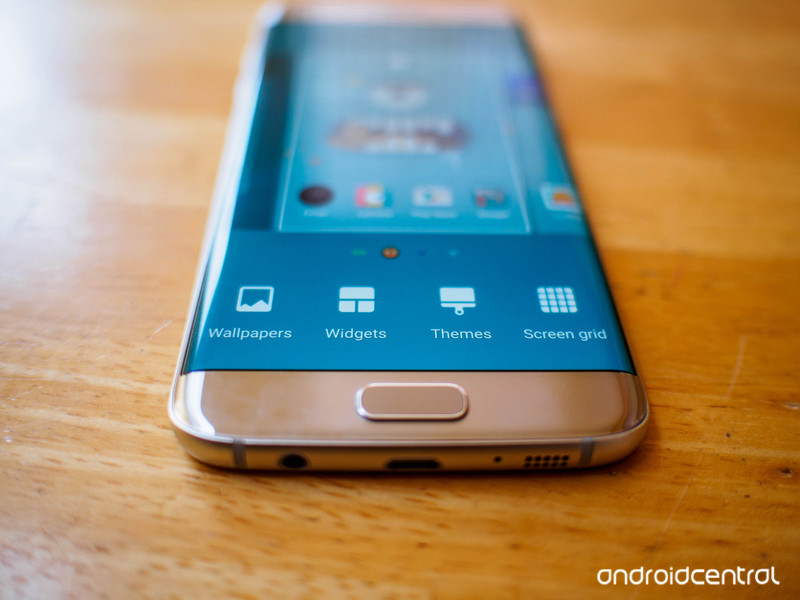 Nothing about the theme engine screams “must have” in any new or exciting way, and if you’re using Samsung’s new Good Lock UI you’ll find things like the notification tray don’t theme correctly, but overall this is a great option to have. Samsung has clearly been improving over time, and with that comes a more mature ecosystem and tons of options to choose from. If you’re inclined to get a little creative with the look and feel of your phone, Samsung themes are clearly going to be a solid option for quite a while.