Microsoft shows off Xamarin tools to write apps for Windows, iOS and Android 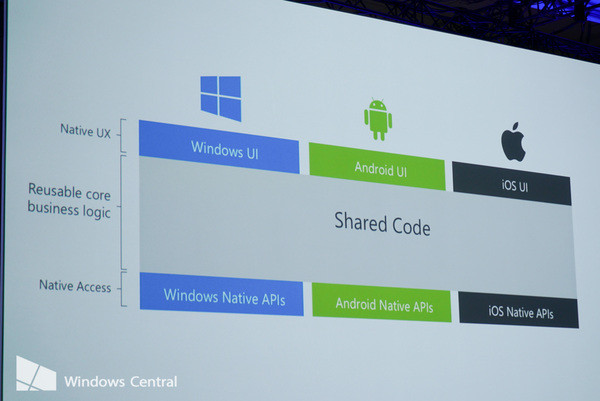 During today’s Build 2016 keynote address, Microsoft showed off an example of how developers can make apps with Xamarin’s tools. They allow app makers to create software with shared code that can run on Windows, iOS and Android platforms. Microsoft acquired Xamarin just a few weeks before Build 2016.

The example shown at the keynote featured the Windows 10 UWP Microsoft Health app that was first built in Visual Studio. The Xamarin tools can create a layer over C#, which allows for “reverse porting” the app to iOS and Android. That allows developers to make a cross-platform app completely in Visual Studio, with the exception of the app’s user interface.

Stay tuned as we will have more news from the Build 2016 keynote throughout the day.