I love how DACs come in all different shapes and sizes today. They’ve historically been reserved for the niche audiophile market, but as of late, the appeal of a dedicated sound

Burner provides you throwaway numbers without a disposable phone [Review]

Overview Burner is an application that, for a small fee, allows you to create a temporary “burner” number that lasts anywhere from 14 days to 30 days. Burner provides a unique

Pebble Time Round: Is it the best of form and function? [Review]

The original Pebble is widely regarded as the first successful smartwatch. Funded through Kickstarter, it quickly became one of the most funded projects of all time, and to date over

Let’s face it: cables are becoming increasingly annoying. They get in the way or catch and snag on things, and when using headphones, usually you’re going to have a bad time. Thanks to the rising quality of

Batman v Superman content added to mobile version of Injustice: Gods Among Us 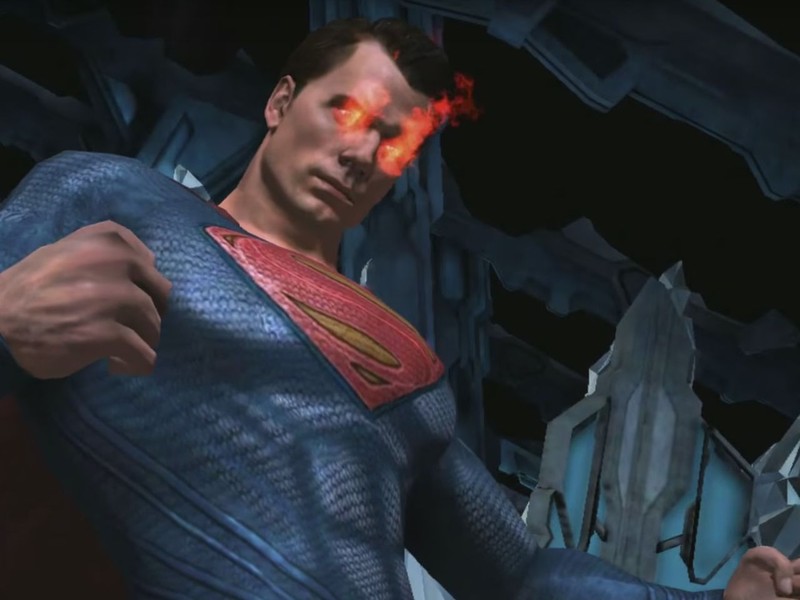 Fans of the free-to-play mobile version of the superhero fighting game Injustice: Gods Among Us will be able to access new content based on the long-awaited movie Batman v Superman: Dawn of Justice. The updates should be available in the Google Play Store version soon.

Fans can play to unlock the Superman and Wonder Woman characters from Batman v Superman: Dawn of Justice in a series of Challenge Modes. Fans who want to get their hands on these characters immediately can purchase Early Access Packs starting today, which also include character gear and Power Credits.

You can download Injustice: Gods Among Us now in the Google Play Store.


If you’ve been waiting for Star Wars: The Force Awakens to become available for you to purchase, you won’t have to wait too much longer. The digital copy will be available on April 1, with the DVD and Blu Ray versions becoming available on April 5. After shattering box office records with more than $926 million domestic and $2.05 billion worldwide, many have been anxiously awaiting the chance to purchase it to watch at home.

Select retailers will have special editions available as well. Those include:

Will you be purchasing the digital and physical copies, or just one of them? Let us know in the comments!

Palmer Luckey on why there’s no Oculus Rift for Mac


Oculus founder Palmer Luckey had some harsh words for Apple products when he spoke to ShackNews at a recent Xbox event. When asked whether the company’s forthcoming Rift VR headset will ever be compatible with the MacOS, Luckey stated, “That is up to Apple. If they ever release a good computer, we will do it.”

Specifically, he is referring to Apple’s general reticence in utilizing high-end GPUs in its products, which instead rely on the Intel chipsets’ integrated GPU capabilities. “You can buy a $6,000 Mac Pro with the top of the line AMD FirePro D700, and it still doesn’t match our recommended specs,” Luckey continued. “So if they prioritize higher-end GPUs like they used to for a while back in the day, we’d love to support Mac. But right now, there’s just not a single machine out there that supports it.” In short, while the graphics on modern Macs are good enough for a majority of normal (and even power) user applications, these machines just aren’t built to be gaming rigs — even if they are priced equivalently.

Intel is reportedly working on its own augmented reality headset that could be the biggest jump forward yet. The lines between the virtual and real worlds are about to blur.

According to sources of the Wall Street Journal, Intel is working on an AR headset that will set the trend for manufacturers. It plans to incorporate its 3D RealSense camera tech which should mean accurate detection of objects as well as hand gestures.

This could finally be the key to finding the Holy Grail of AR, where virtual objects can be manipulated physically as if they were really there. Yes, just like Iron Man does.

Intel’s plan is reportedly to offer the headset design tech to other manufacturers to build. Commenting on this, Intel’s VP, Achin Bhowmik, said: “We have to build the entire experience ourselves before we can convince the ecosystem”.

Intel bought Recon Instruments in 2015, which has specialised in head worn displays for years now. Another source claimed that Intel was also working with Microsoft which is working on its similar HoloLens AR headset.

Now we just need to hope Magic Leap gets involved and the future of gesture controls of virtual objects could be close – just like this video shows.

READ: What is Magic Leap and why might it kill all screens?

Star Wars: The Force Awakens will come to Blu-ray and more on this date

Disney has announced when Star Wars fans will finally be able to watch The Force Awakens from the comfort of their own homes.

During The Walt Disney Company’s annual shareholders meeting, Robert A. Iger, CEO, said the latest installment of the Star Wars space saga will be available to own 5 April as a Blu-ray Combo Pack or DVD. If you want the Digital HD version or would like to watch through Disney Movies Anywhere, you can get access to it earlier on 1 April. The 3D version will be available later this year.

The film shattered box office records, grossing over $926 million domestic and $2.05 billion worldwide. Disney has apparently decided to reward fans for their loyalty, as it will package the in-home release of The Force Awakens with bonus content, including a documentary, featurettes, table reads, never-before-seen deleted scenes, interviews, and behind-the-scenes pre-production stuff.

The Blu-ray Combo Pack and DVD, for instance, include footage that show how filmmakers brought the newest BB-8 droid to the screen. Target, Walmart, and Best Buy will also offer a “uniquely packaged, collectible version” of the Star Wars: The Force Awakens Blu-ray Combo Pack. Target’s will include special packaging, plus bonus content like a deeper look at the film’s costumes.

Walmart’s Star Wars: The Force Awakens Blu-ray Combo Pack comes with fancy BB-8 packaging, while the the Best Buy version features SteelBook Packaging. According to Blu-ray.com, the standard Blu-ray has a list price of $29.99, but Amazon is offering a pre-order deal of $19.99. You can also watch it through Amazon Instant Video, with the streaming price starting at $14.99.

Google Play Movies is also offering a streaming pre-order for $14.99, though that’s just in HD and not Blu-ray. The choice is yours. But to celebrate all the in-home entertainment releases of The Force Awakens, Disney has cut a fresh trailer, which you can devour below.

Stir now sells just the bases for its sit-stand desks


Every time we write about Stir’s kinetic standing desks, we always point out how damn expensive the things are. In a world where you can buy a manually-operated standing desk from Ikea for a couple of bucks, spending three grand on a smart one can seem excessive. Thankfully, Stir knows this and is now offering a way for folks to just buy the legs without spending big on the top. The Base L1 is, as you can guess, a height-adjustable desk base that’ll let you attach any topper of your choosing. Should you want to get in on the action, it’ll set you back between $1,000 and $1,500 depending on what you can haggle with your local dealer. Plus, obviously, the price of a base on top.

The company has already started fitting L1s in offices across America, including kitting out Live Nation’s HQ in California. Since the music promoter wanted an all-walnut finish, it offered up the legs and let contractors cut holes for the touch panel. It’s certainly not a new phenomenon, since companies such as UpDesk and Humanscale already offer standalone frames for custom tops. Then again, we can’t think of another desk that offers built-in fitness tracking and can learn your habits, too.